The Kashmir Conflict is the territorial disagreement between Pakistan and India regarding Kashmir Valley located to the north of both countries. Historically, this region was ruled by hereditary Muslim monarchs. In 1947, when British domination of Indian territories was over, according to the Partition Plan Kashmir could be annexed either to Pakistan or to India. In those times Kashmir was ruled by the Maharaja Hari Singh, who was a Prince of Indian origin. Despite the presence of numerous Muslim societies and groups in Kashmir Valley, the Maharaja decided to join the region to India.

Don't use plagiarized sources. Get your custom essay on
“ The Kashmir Conflict ”
Get custom paper
NEW! smart matching with writer

However, soon neighboring Pakistan started demanding Kashmir to become a part of its territories. Pakistan authorities argued that the ruler of Kashmir was under huge pressure of India and was forced to make Kashmir a part of India without any national referendum or asking people’s opinion.

According to India’s point of view, Pakistan initiated an economic blockade of Kashmir, as well as political pressure on the Maharaja to accede Kashmir to its western neighbor.

This conflict caused several military attacks in the 1940s, until the UN forced India and Pakistan to cease fire and established so called the Line of Control, dividing Kashmir for Pakistani-controlled and Indian-controlled regions. Unfortunately, during the second half of the twentieth century sporadic military clashes and assaults continued.

Currently, Kashmir remains one of the most volatile and dangerous regions in the world, because now both India and Pakistan are nuclear powers and any serious tensions around Kashmir can turn into a nuclear conflict.

That is why in the end of the twentieth century the problems around this region became a point of serious global concern. Military activities from both sides continued in Kashmir till 2002, when the negotiations between these two countries to cease fire completely ended successfully and military troops were withdrawn. Nevertheless, occasional acts of violence and shootings (mainly organized by Islamic militants) are still reported from Kashmir (CNN, 2006). 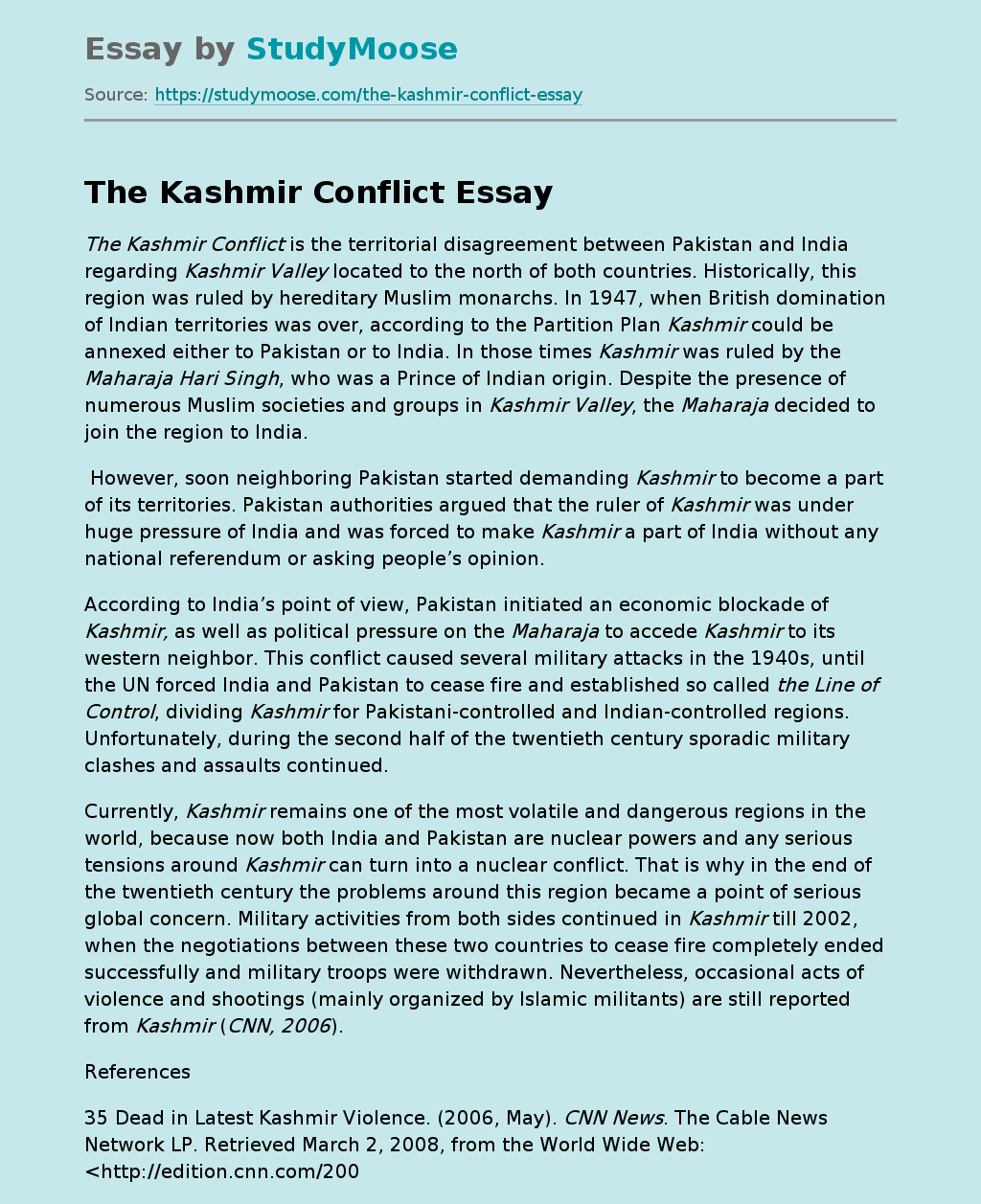