The freedom of speech remains as one of the fundamental elements of the foundation of the United States of America. Ultimately, it has protections under the American Constitution in line with the First Amendment. It states, Congress shall make no law respecting an establishment of religion, or prohibiting the free exercise thereof; or abridging the freedom of speech, or of the press; or the right of the people peaceably to assemble, and to petition the government for a redress of grievances (Legal Information Institute).

Don't use plagiarized sources. Get your custom essay on
“ The freedom of speech remains as one of the fundamental elements of ”
Get custom paper
NEW! smart matching with writer

There is the controversial idea that there is a need to have legal limits to discourage vices, such as hate speech and obscenities is missing. In this context, the paper will argue that free speech is an absolute right that should not have limits since this standpoint will be an attack on the spirit of the American Constitution, and the right for everyone to express themselves fully without either fear or censure.The idea of freedom of speech came into the American way of life through the founding fathers who introduced the Bill of Rights and through the First Amendment, which guaranteed the right of every American to speak their minds without fear.

The freedom of speech remains as one of the fundamental elements of. (2019, Aug 20). Retrieved from https://studymoose.com/the-freedom-of-speech-remains-as-one-of-the-fundamental-elements-of-essay 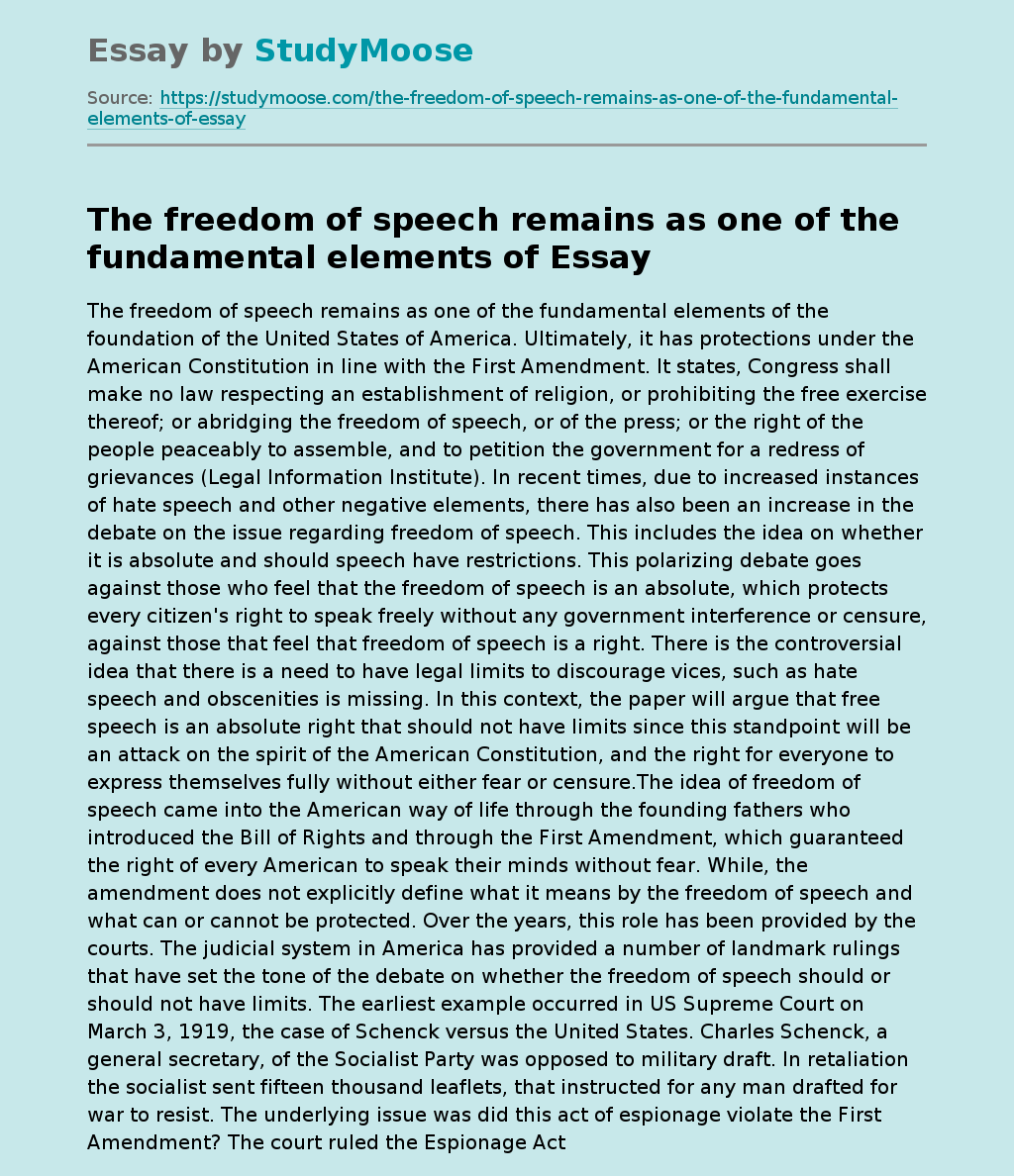