Six basic principles build our Constitution and is the backbone of our government. Popular sovereignty, limited government, separation of powers, checks and balances, judicial review, and federalism all play major roles; from protecting our rights, to creating an equal balance of power in our government. Without these principles our Constitution and country as a whole would be different. Popular sovereignty means the government can govern only with the consent of the governed. In essence, this means that all political power resides with the people, so we are the source for all governmental power.

Don't use plagiarized sources. Get your custom essay on
“ The Six Basic Principles ”
Get custom paper
NEW! smart matching with writer

An example of this is the United States government itself. We as citizens of our country allow ourselves to be governed by our government because of our similar beliefs culture. Limited government means that no government is all-powerful, and that a government may do only those things that the people have given it the power to do. This ties in to popular sovereignty because they are both kept under control by the people.

An example of this is that members of government are not above law and must obey it themselves.

The American government is separated into three branches: executive, judicial, and legislative. This is what creates the separation of powers because each of them is equally divided with power. However none of them have absolute power or complete authority over each other because they are all tied together through checks and balances. This means each branch is subject to restraints by the others, so one branch will always be able to check the actions of the other two.

This ensures that no branch of government gains absolute power over the other two.

This ensures a divided power between the governments but the national government will always have more power than the state governments. The six basic principles proves that the U. S. government can be strong yet fair. It ensures that the government is lead by the people ensuring that we do not turn into a totalitarian or communist state. This makes us as a country very lucky because it gives its citizens the freedom and rights where in other countries do not have. These six basic principles ensure the citizens the right of life, liberty, and the pursuit of happiness. 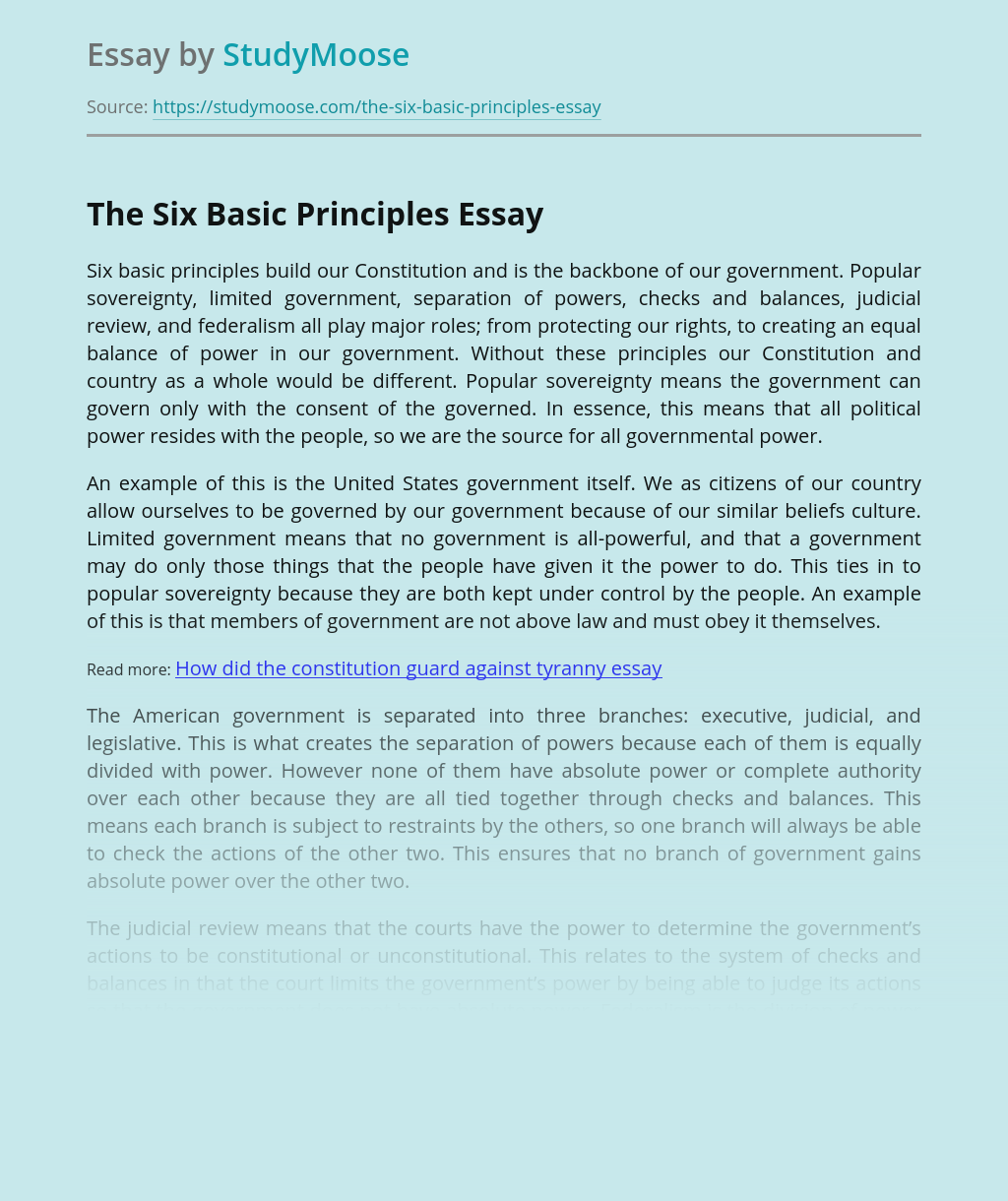