The documentary, The Corporation looks at the theory of the corporation throughout recent history up to today’s day dominance. Corporation has become a dominant economic, political and social force around the globe. Joel Bakan one of the writer of the film The Corporation, did an extensive interview with authorities in the corporate world and each person had their own definition of a corporation. One person define corporation as part of a jigsaw in society as a whole, which if you remove it, the picture is incomplete but equally if it’s the only part it’s not going to work.

Don't use plagiarized sources. Get your custom essay on
“ The documentary The Corporation looks at the theory of the corporation throughout ”
Get custom paper
NEW! smart matching with writer

Another person stated that corporation is like a family unit where people in the corporation work together for a common goal which is to succeed as an organization. This paper will aim in answering the question what is a corporation along with its history and origin. I will also further discuss where corporation came from and the differences between the classical and the modern corporation.

In addition I will explain how its legal form give it greater power than human subjects and will use the Steinbeck story to determine who or what is responsible to what happens to the farmers. Based on the film The Corporation, corporations are artificial creations, monsters trying to devour as much profit as possible at anyone’s expense. One of the film maker describe corporation as being an institution that creates great wealth that causes both enormous and hidden harms. Corporation has become a fundamental institute of the modern world. 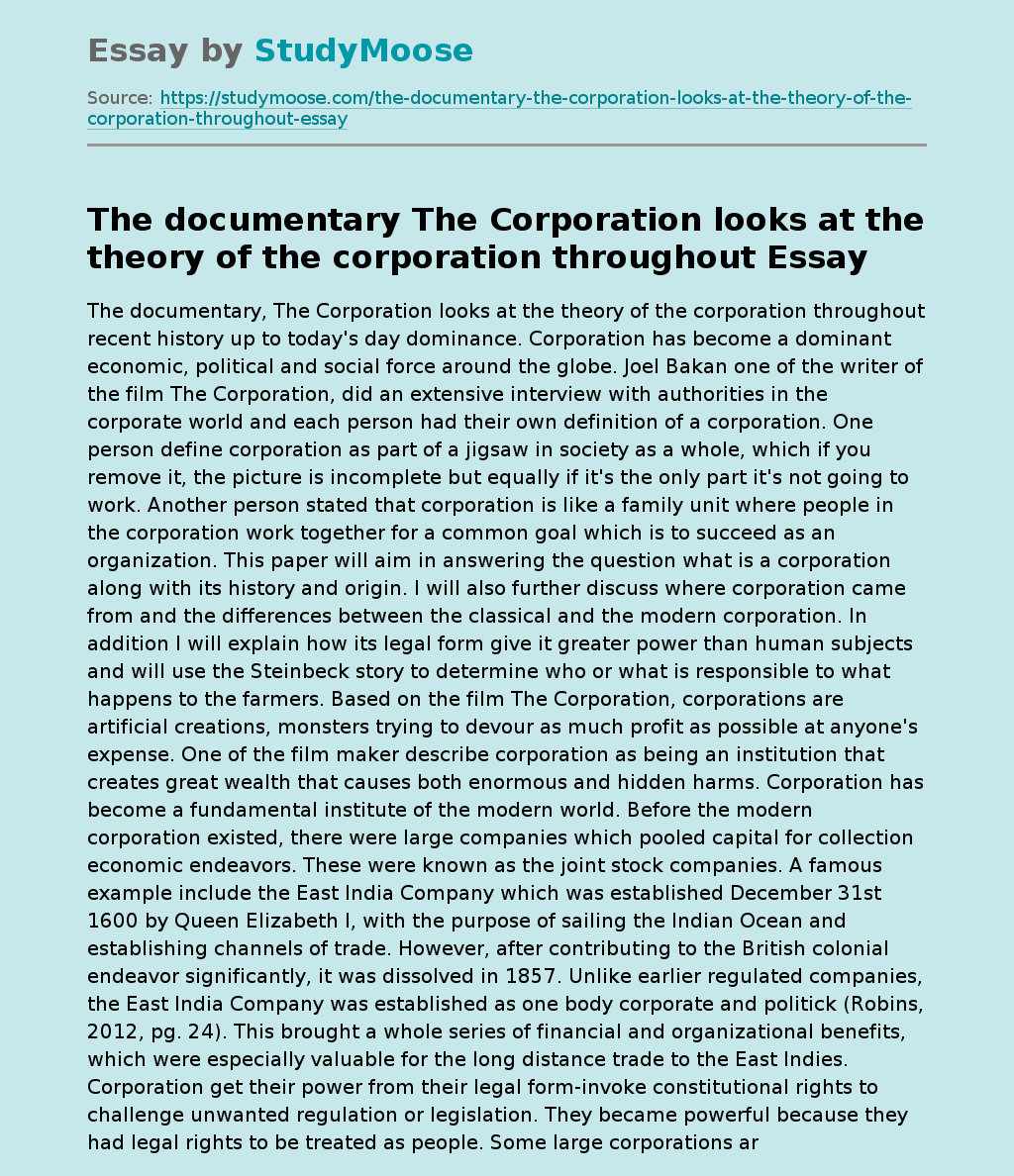