The Decline Of Feudalism

One of the reasons that feudalism ended was the black plague. The black plague was a bacterial infection that passed throughout Europe killing many people. After it had died down it is estimated that over a quarter of Europe?s overall population was killed. This also weakened the bonds of feudalism because vassals were worried for there own health and forgot their responsibilities.

Some people believe that military technology was the largest reason for the decline. For one the long bow is a trajectory arrow that has enough power to rip through most armor, therefore overcoming foot soldiers (knights). Second gunpowder lead to the creation of cannons which, when used with planning, decimated castles of all sizes. Without foot soldiers or castles as a safe haven, warfare was made a significantly hard task.

Thus also contributing to the decline of feudalism.

However, most people believe that the decline of feudalism was mainly caused by the growing power of the monarchy. This means that as kings and lords grew stronger that became less and less dependent on their ?ties of loyalty,? to one another. Once the kings and lords got strong enough to mainly fend for them selves? feudalism was at its end.

In conclusion many things such as the black plague, increasing power of nobility, and technology in warfare led to the decline and end of feudalism.

The Decline Of Feudalism. (2016, Jul 21). Retrieved from http://studymoose.com/the-decline-of-feudalism-essay 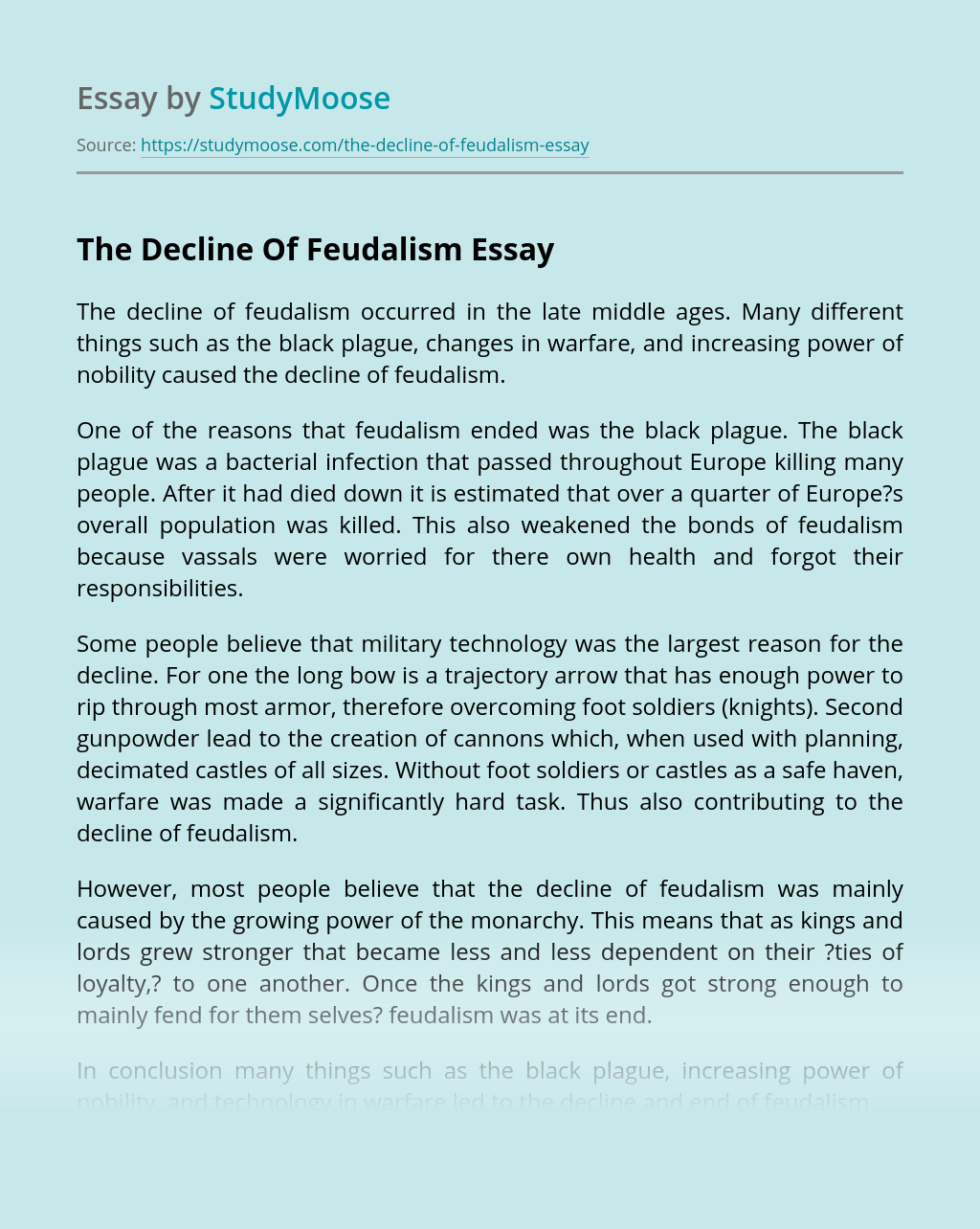 Don’t waste time
Get a verified expert to help you with The Decline Of Feudalism
Hire verified expert
$35.80 for a 2-page paper
Stay Safe, Stay Original