Tennessee Williams was born on March 26, 1911 in Columbus, Mississippi. As a child, he lived with his mother and grandfather. When he was fourteen, Williams too first place in an essay contest sponsored by a national magazine, The Smart Set. At the age of seventeen, his first published story appeared in the August 1928 issue of Weird Tales. A year later Williams entered the University of Missouri but in 1932 he withdrew and took a job at the shoe factory where his father held a job as a sales manager.

Don't use plagiarized sources. Get your custom essay on
“ Tennessee Williams: Writer’s Life and Work ”
Get custom paper
NEW! smart matching with writer

In 1935 Williams returned to college and graduated from the University of Iowa in 1938.

Williams had begun writing plays while attending the University of Missouri and after his graduation he had supported himself doing a variety of small jobs. In 1939 he won a national drama award for a group of plays called American Blues. Williams achieved his first great stage success with The Glass Menagerie, which was produced in New York City in 1945. This play won the New York Drama Critics’ Circle Prize as the years best play.

Throughout Williams’ lifetime he has put forth more than twenty-five full-length plays, more than forty short plays, a dozen produced (and unproduced) screenplays and an opera libretto. These have been translated into at least twenty-seven languages, including Tamil, Welsh, Marathi and Hindi. In addition, there are two novels, a novella, more than sixty short stories, more than one hundred poems, an autobiography, a published volume of letters, introductions to plays and books by others, and occasional pieces and reviews. 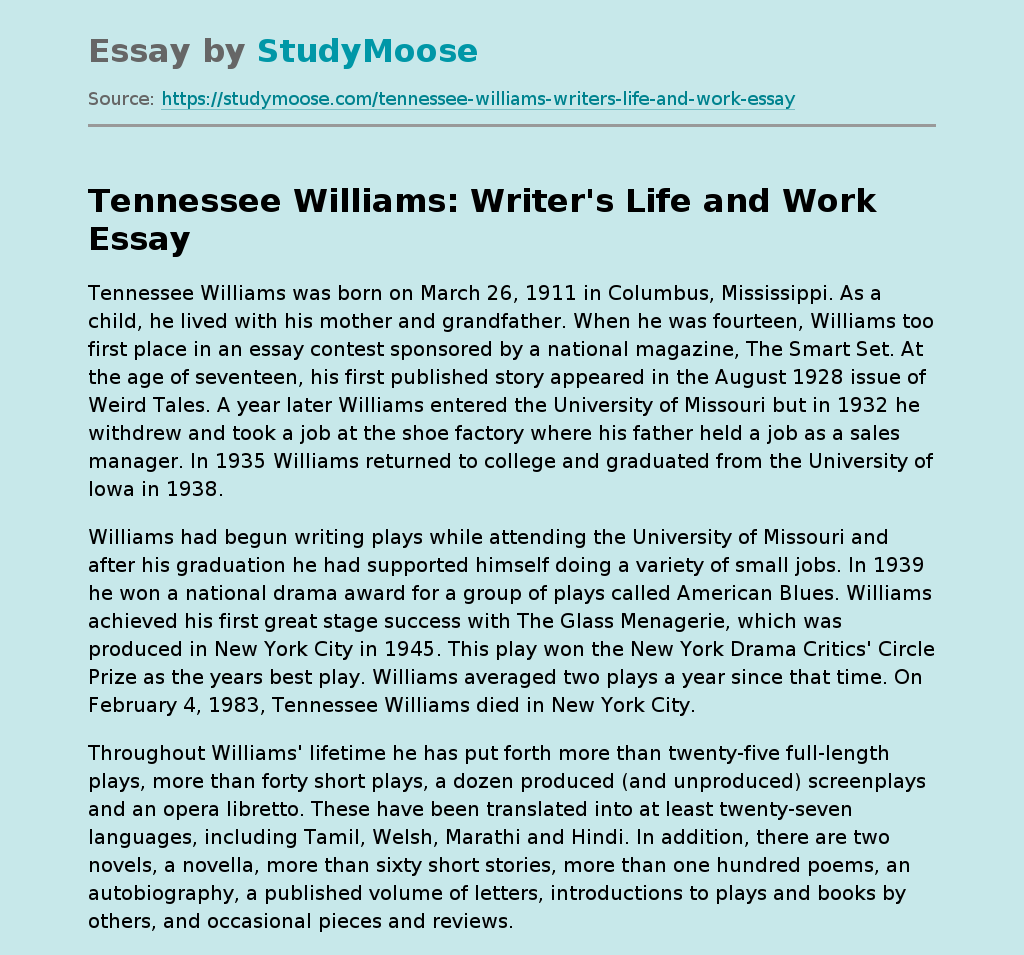