Unlike some of his earlier work, this poem adopts a new tone and style which expresses a hatred for the Catholic Bourgeoisie. [2] Yeats’ new use of unpleasant adjectives such as ‘greasy’ is very much indicative of the tone, as he expresses that religion and the middle class is crafty and sly. Moreover, the use of the strong ABAB rhyme scheme maintains a spiteful and accusatory tone. The poem focuses on manifesting Yeats’ new stance of belief exploring his new political mind and celebrating those, whom he believes worth of praise.

Don't use plagiarized sources. Get your custom essay on
“ September 1913 by William Butler Yeats ”
Get custom paper
NEW! smart matching with writer

Notably, in all four of the refrains, Yeats mentions John O’Leary, who was an Irish separatist ‘of a different kind’. His political stance was much less self-interested, compared with many of Yeats’ contemporaries, as he instead focused on getting the greatest good for Ireland. It is clear through the poem, Yeats admires this and wishes for a return to the less egotistical and self-driven politics of a bygone era. 3] Yeats does, however, appear to question whether these great historical figures, whom he admired and previously emulated in the style of his earlier work, are comprehensive in their understanding of the world in which they lived.

Yeats wrote this poem following the Dublin Lock-Out and The Hugh Lane Bequest. Robert Emmet, mentioned in the poem, planned for a revolution several times, unsuccessfully.

When he was finally successful, he was said to try and stop everything mid-rebellion, because he witnessed a man being pulled from his horse and killed. Considering that Emmet had spent months previously manufacturing explosives and weapons, this sudden drawback at the sight of violence, suggests that he did not fully understand the implications of a revolution.

Perhaps Yeats is acknowledging the naivety of some Irish Republican figures like Robert Emmet, and himself, following public violence as a result of attempts at revolution. 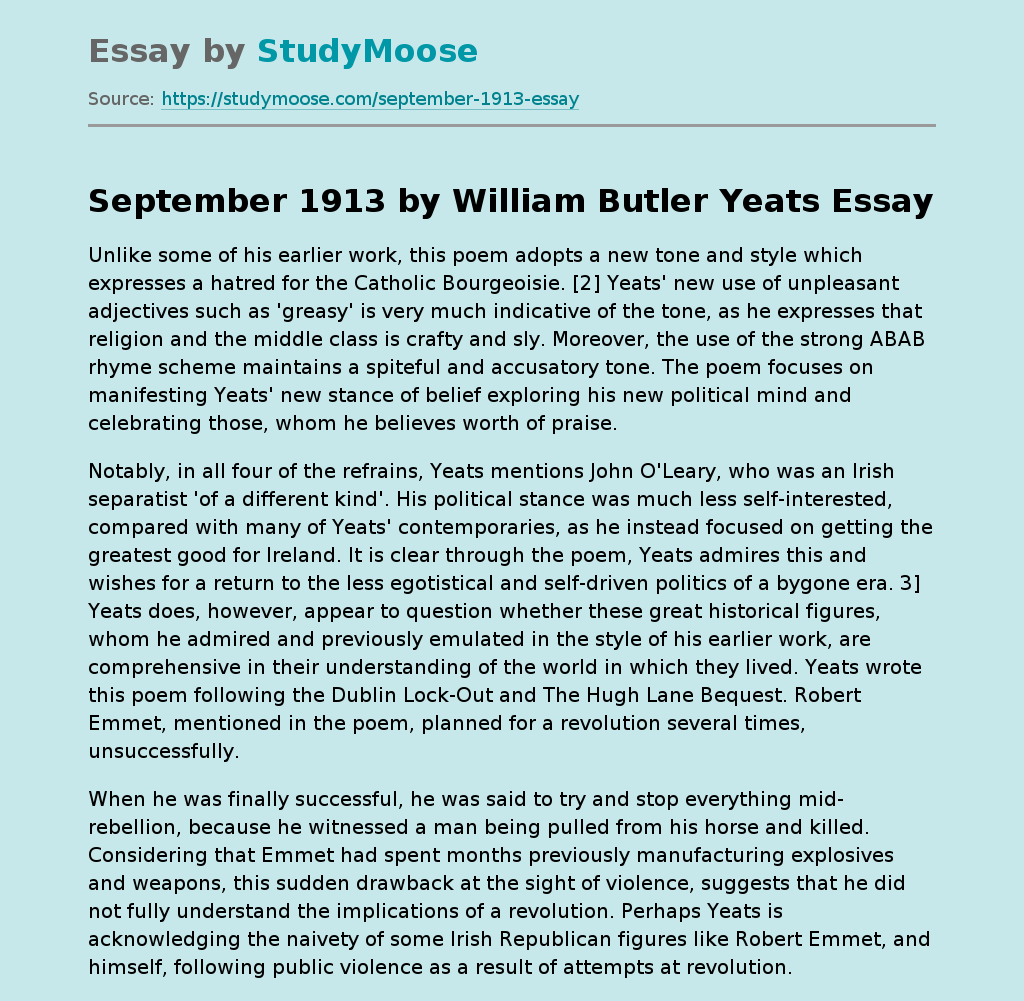