Turn in your highest-quality paper
Get a qualified writer to help you with
“ Rome vs. Han China Comparative Essay Ap World ”
Get high-quality paper
NEW! AI matching with writer

The people of Han China believed that the way an individual acted would reflect upon the whole family and their hierarchy; in contrast, Rome was more lenient on the individual affecting the family’s hierarchy. The reason for the Romans’ lenience was that there was no equivalence of Confucianism in Roman society.

Roman hierarchy did not completely rely on an individual’s code and conduct. Although these two civilizations do not relate in their family structure, they are comparative within their method of economical production.

Both Rome and Han China’s civilizations applied the same method of economical production. Agriculture was the main factor within the Roman and Han Chinese economies . During annual harvests both empires received a certain percentage of revenue which funded government activities. The class structures included in the Rome and Han China civilizations were very different from one another. An opportunity for improvement of an individual’s economic and social status was very limited in China; whereas in Rome, it was not so limited.

Trade and the lack of interference from the Roman government resulted in more economic mobility within the hierarchy.

Additionally, Rome and Han China also compared in their agriculture. Another similarity that the Roman and Han civilizations shared was architecture. Roads were originally built to assist the journey of the military troops; however, these same roads were later used to spread trade and culture throughout each empire. Rome and Han China had different styles of religious practice. In Han China, Buddhism came to be the leading religion, while in Rome the leading religion was Christianity. Unlike Christianity which maintained its original viewpoints, Buddhism was willing to adapt to the Chinese traditions and beliefs. 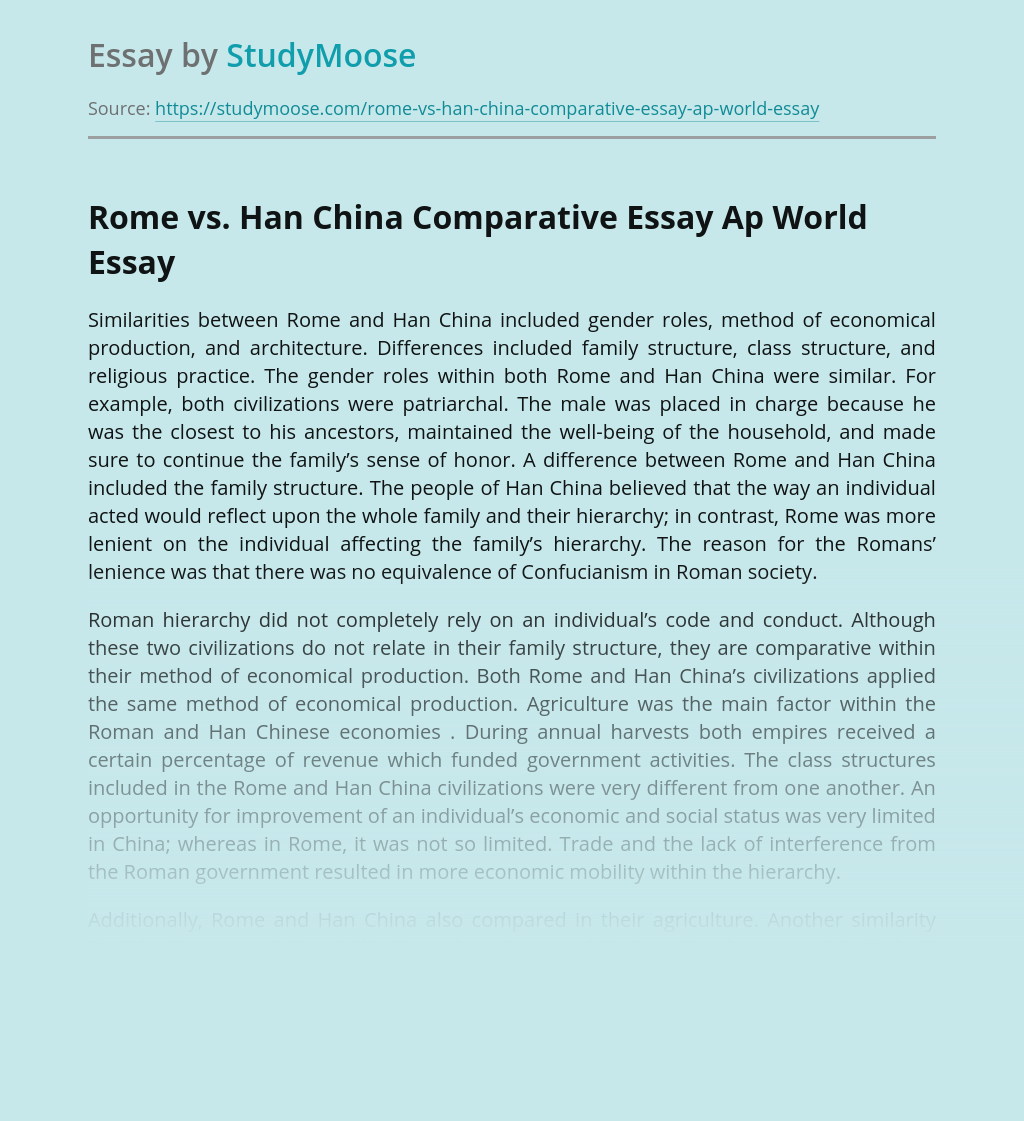 Turn in your highest-quality paper
Get a qualified writer to help you with
“ Rome vs. Han China Comparative Essay Ap World ”
Get high-quality paper
Helping students since 2015
Stay Safe, Stay Original