Walt McCandless from Into the Wild

Although, Chris’s father Walt McCandless and Ronald Franz spent a lot of time with him, both offered him different level of support. Walt McCandless was stubborn and controlling parent. The relationship between him and Chris was complicated. Walt was a hard worker and self-made man. Chris was raised in the comfortable middle class family. So, he could get anything he wanted, but not happiness. Chris wasn’t happy with the fact that Walt was living double-life (121). Discovering that, Chris did not confront his anger to his father, but, he chose to make a secret of his dark knowledge and express his rage by divorcing them as his parents (Jon 64).

Don't use plagiarized sources. Get your custom essay on
“ Walt McCandless from Into the Wild ”
Get custom paper
NEW! smart matching with writer

From of the book, the author emphasis on that relationship as the primary reason, for why the beginning Chris motivated to enter “into the wild”.

While his relationship with Ronald Jon was strong and Franz got very attached to Chris (p.52). When he met Chris, he started thinking about him as his son.

He was 80 years old when his and Christopher McCandless’s paths crossed. McCandless made indelible impressions on the people he met, but he affected Franz more than anyone else, so much so that the old man with no surviving next of kin wanted to adopt Chris as his grandson (55). When Chris left as suddenly as he arrived, Franz found himself deeply and unexpected hurt (56).

This expresses the strong bond he has with Chris. When he heard from a hitchhiker that McCandless had died, he and his faith were shattered.

Franz was so deeply hurt that he withdrew his church membership and resumes drinking (p. 60).

Walt McCandless from Into the Wild. (2016, Sep 11). Retrieved from http://studymoose.com/re-walt-mccandless-from-into-the-wild-essay 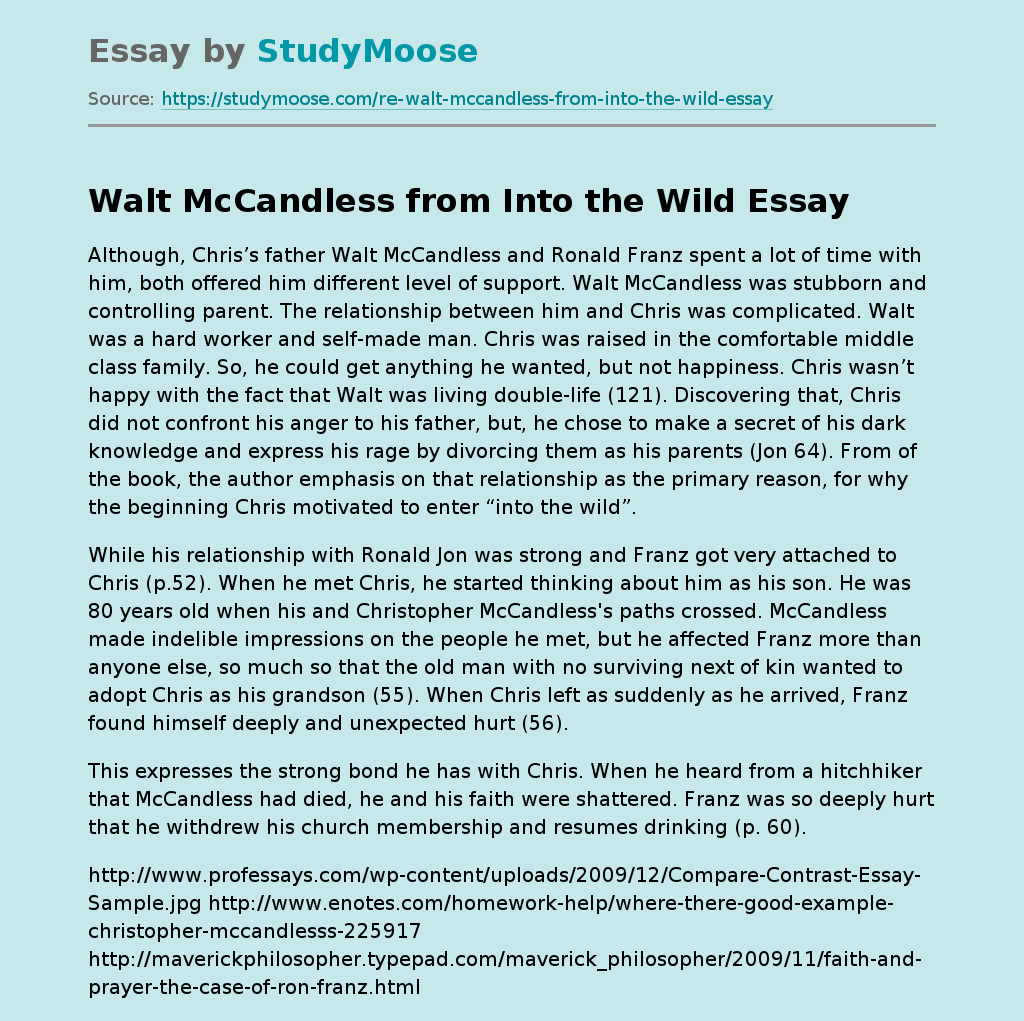