Is it up to the general public to decide the punishment for crime, regardless of the severity? The readings for this week focused on all aspects of the character of the death sentence, explaining the connection between the logic and reasoning for the basis of capital punishment (Banks, 2020). Individuals frequently are discouraged from measures taken when they abstain from criminal actions the possible consequences of those actions, are anticipated ahead of time. Though not every offender will participate in a crime, some are aware of the consequences, and essentially withdraw from partaking in an immoral ac (Banks, 2020).

Don't use plagiarized sources. Get your custom essay on
“ Principle of Capital Punishment ”
Get custom paper
NEW! smart matching with writer

The New testament states ‘be subject for the for the Lord’s sake to every human institution Says St. Peter. ‘whether it be to the emperor as supreme, or to governors as sent by him to punish those who do wrong and to praise those who do right’ (1Peter 2:13-14 English Standard Version).

Persons who take the stand of the ‘eye for an eye’ rationale ‘will declare their religious convictions to rationalize support for the death penalty (Matthew 7:1-5 English Standard Version).

However, as the general public is concerned, justice is provided to ensure appropriate punishment the offender is required for perpetrating a crime. The question of whether mercy shall be shown to the criminal, some consider it not acceptable at altogether (Budziszewski, 2004).Again referring to the scriptures, ‘Whoever sheds the blood of man, by man shall his blood be shed, for God made man in his own image'(Genesis 9:5-6 English Standard Version). The issue continues, therefore, does public sentiment determine the justice served as to what is acceptable? (Budziszewski, 2004). Putting personal views aside, the motive behind justice remains the Same mercy must be considered in the sentencing of a criminal. Every individual deserves the right to be proven guilty, by a jury of their peers, and remains innocent till the verdict is confirmed. Christian philosophy essentially is the foundation of capital punishment developed within the criminal justice system. It is the basis for certain circumstances. Nevertheless, the issue of compassion or leniency upon sentencing is still a matter of duty in allocating justice (Budziszewski, 2004).

Moral values and Corrections: The Character of Corrections According to social assumption, the justice system is sorting through alleged offenders, and endeavors to weed out the innocent from the guilty (Clarke & Whitt, 2013). Accordingly, it is befitting that for serious crimes, such as horrific murders including abduction, rape, and murder of a child, the death penalty is an appropriate sentence. As the author view, s capital punishment, offences are why the law was created. The character of corrections resides in is the crime suitable for the death sentence. The moral question of capital punishment can be often changed with opposers, once they are personally victimized by brutal crime (Byron, 2000). Even the most steadfast opponent to capital punishment could be swayed in the situation of their own child’s murder. In such circumstances, those victimized are obligated to consider justice be served, and not a personal vendetta (Byron, 2000).

Ethics in Corrections: Protecting Honorably Even though persons who favor capital punishment maintain their position on the ethical rationale behind the death penalty, exceptions do exist. Allowances should be made in the justice system to prevent executions of the innocent. Unfortunately, executions occasionally are inflicted upon persons who are eventually found not guilty. Researchers have discovered that out of nine persons, there is one wrongful conviction among those who are put to death. To uphold honor and integrity within the judicial system, there is never an explanation for how innocent accused persons, receive the death penalty. The only explanation to prevent the wrongful death sentence from being inflicted on innocent offenders is to fix an already broken system (Clark & Whitt, 2013).

The only way to prevent the occurrence of convicting the innocent is to provide better legal counsel and to conduct thorough investigations. Nonetheless, the author considers capital punishment as acceptable, death sentences carried out, on the wrongfully convicted is incomprehensible. Mercy is essentially the most important factor when those falsely imprisoned are proved innocent. Restitution should be required by the state in convicted persons, overturned sentences, and public exoneration should follow. However, such cases have received complete exoneration, unfortunately, there are at present, innocent victims of the system waiting on death row (Clark & Whitt, 2013).

Although there are valuable facts in favor of both sides of the death penalty debate, the writer of this essay nonetheless remains in favor of capital punishment. Unquestionably, both those in favor of the death penalty, and the opposition should consider compassion in their judgement. However, the seriousness of their offences, justice Would prevail and overshadow mercy. The author does not lack empathy for all criminals, but heinous crimes remain in a class, by themselves. Persons such as serial killers, or predators who continue to victimize children deserve the maximum sentence available.

When the convicted individual was in the act of their horrendous act, they certainly did not display mercy in their actions. Therefore, the just punishment ought to be life imprisonment or execution for their crimes. The duty of the criminal justice institutions is to provide equal and fair justice, the responsibility is to ensure justice prevails. The legal profession must also remain responsible to try each case individually for every crime. In the authors’ opinion, there currently are predators, and murders who reside in prison, while waiting for an appeal, that they must never get. Capital punishment has a duty to carry on, as well as become mandatory for first degree crimes, rape, and murder. As a reminder, this is an opinion only, and not fact. 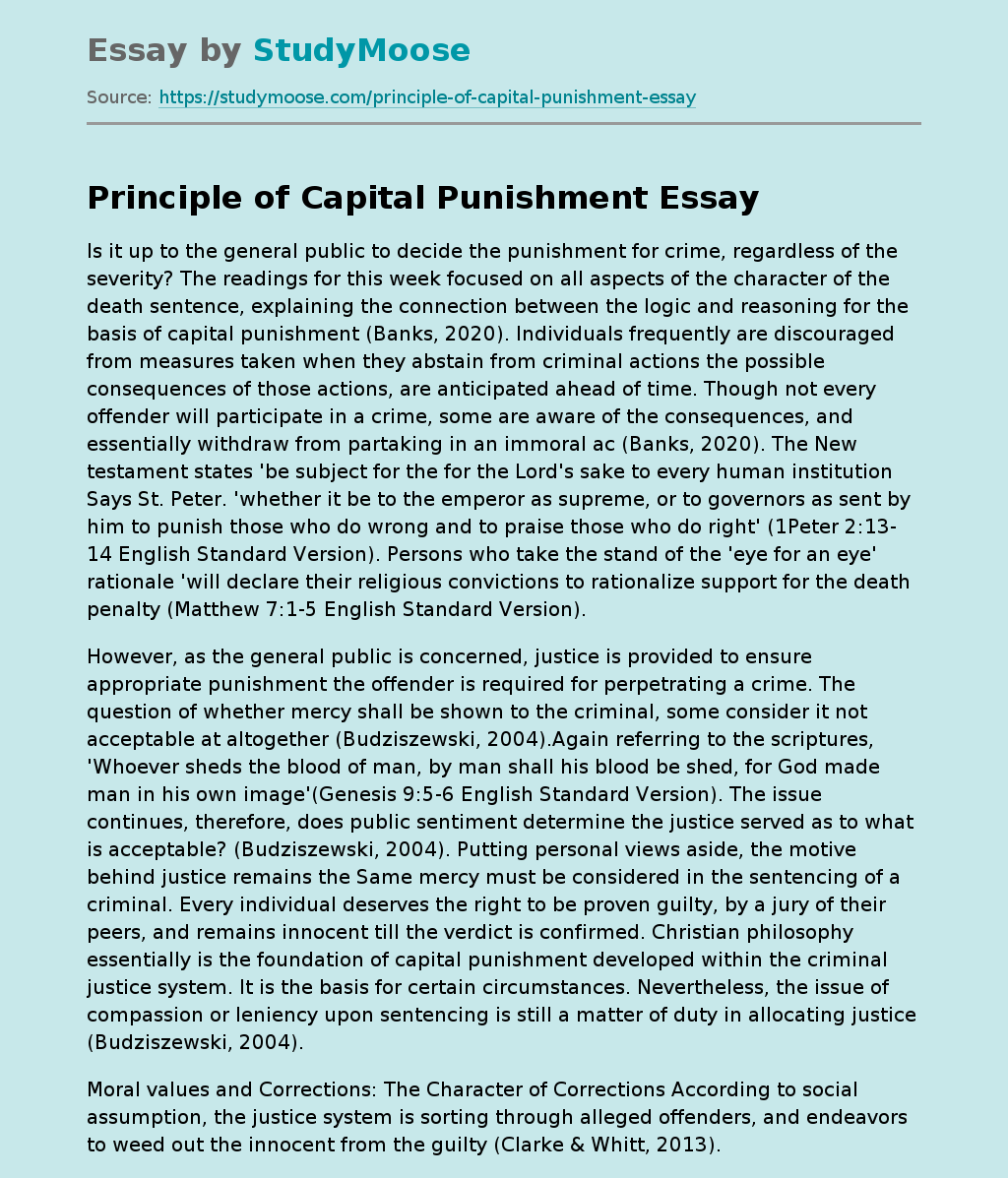