The establishment of a single, comprehensive definition of myth has proved unmanageable to attain. No one definition can satisfactorily embrace all the various kinds of stories that can legitimately be classed as myths on the basis of one criterion or another. The attempt to define myth in itself, serves to highlight the very qualities of the stories, which make them so different from one another.

Don't use plagiarized sources. Get your custom essay on
“ Myths: Basic Functions ”
Get custom paper
NEW! smart matching with writer

By telling or reenacting myths, members of traditional societies detach themselves from the present and return to the mythical age, thereby bringing themselves closer to the divine However others define a myth as an organized collection of stories, which we explain our beliefs and our history.

Beneath the storylines myths usually confront major issues such as the origin of humanity and its traditions, and the way in which the natural and human worlds function on a profound universal level.

For example the Trojan ware exemplifies this definition: The story of the Trojan War has a metaphysical or mystical function, helping those who hear it to accept the limitations of their lives.

The Gods in the story represent higher forces in the universe, which determine the fate of humans. For instance, the amount of the judgment of Paris shows that human beings are often powerless as they are swept away by forces like war that affect their destinies and changes or end’s their lives. 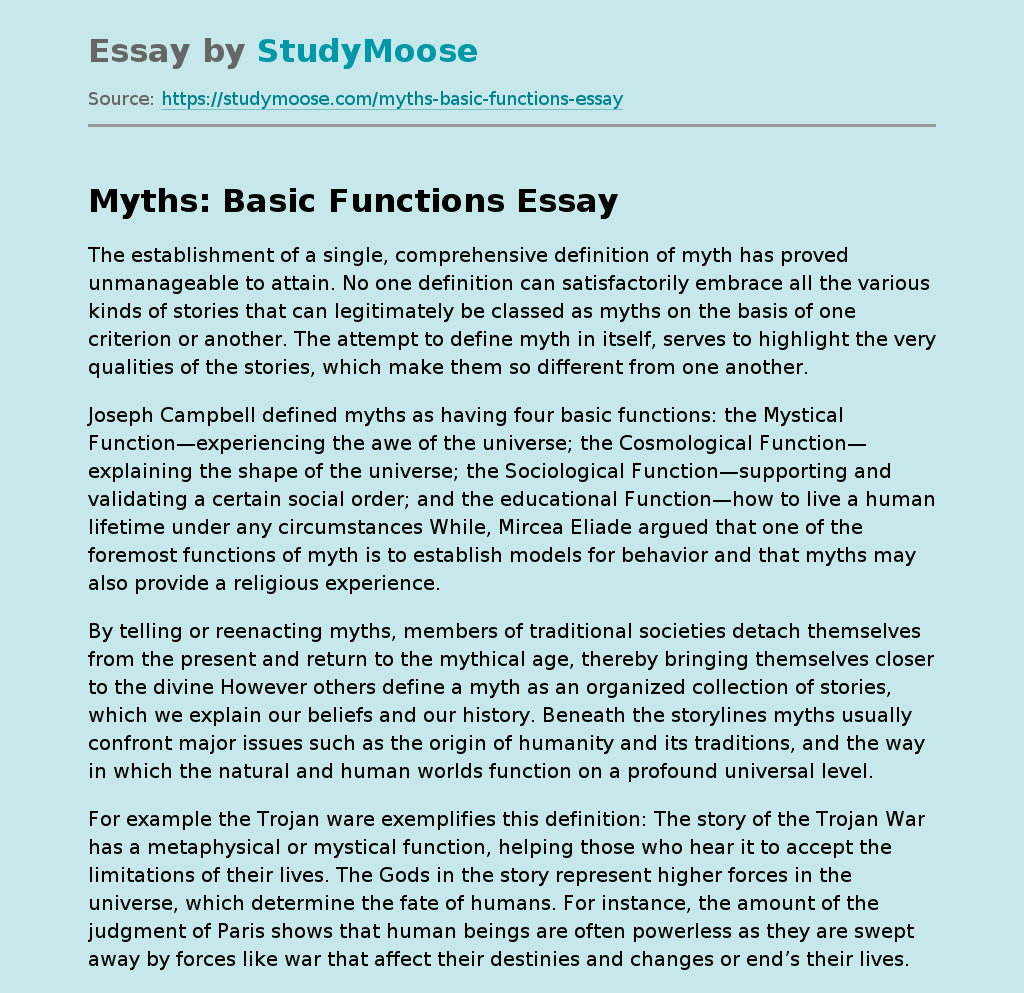