Don't use plagiarized sources. Get your custom essay on
“ Modernism Vs Postmodernism ”
Get custom paper
NEW! smart matching with writer

As everyone knows, in modernism, they think that their arts are always true absolutely in everything. It rejects the tradition and the religious, and it is the rejection of past convention. Especially in visual art, the painting often is very flat and not creating pictorial space. Also, the modernism shows the belief of idea in Avant-garde which means create something different. Beginning in 1863, the artists begin to use art for art sake, they begin to combine elements and pick just for beauty or they think it look good.

In modernism, the reality of the artist is the reality of the art. On the other hand, the postmodernism is a movement away from the viewpoint of modernism. The art is a rejection of idea. It tends to against the new idea, new practice or movement and focuses on the traditional elements of the arts, which are the social issues, multi-culturalism. Postmodernism emphasizes the role of language, power relations, and motivations. Postmodernism has influenced many cultural fields, including literary criticism, sociology, linguistics, architecture, visual arts, and music.

Additionally, postmodernism rejects the distinction between high and popular art which was important in modernism, and believe in excess, and in gaudiness. Besides the differences, both modernism and postmodernism have some similarities which represent a break from 19th century realism. They explore subjectivism, and fragmentariness in character construction. Moreover, even though they are in competition but they are also part of a flow in the same direction, a flow of artistic movement toward change within a technological age. 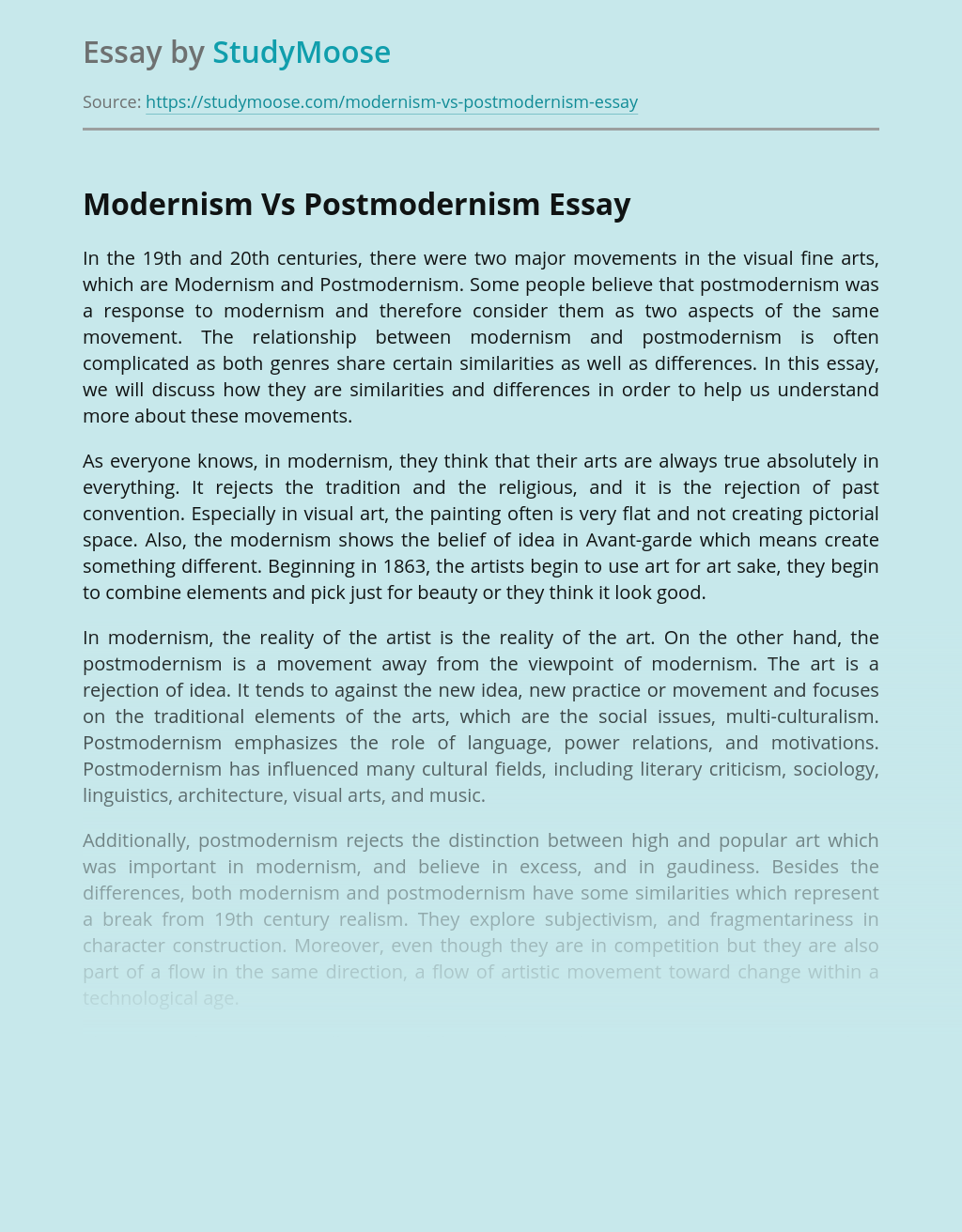