Living In Small Town Or In A Big City

Don't use plagiarized sources. Get your custom essay on
“ Living In Small Town Or In A Big City ”
Get custom paper
NEW! smart matching with writer

Small town has slower development compared to big city because it received less investment than a big city had. For example, big city overfill with buildings and urbanisations everywhere. But in significant, development caused social problem such as robbery and teenagers problems like loitering and ruins of moral values whereas these matters less happen in small town because in a small community, social problems can be prevented before it get worse.

see more:difference between city and village in points

The development contributes to how the environment as well, where the big city faced very busy environment because of good transportation network and lead to hustle and bustle city due to lots of vehicles on the road.

Lastly, the contrast can be seen in term of amenities provided. Society in big city provided with complete amenities which is contrast with society in small town. For example, there is a hospital provided in small town but sometimes it is lack of facilities and community need to seek for better treatment in big city. Meanwhile, there are many choices of amenities when living in big city such as education centres, shopping complex, and transportation service. By complete amenities provided, society will have a better life because all the needs are provided than living in a place that lack of facilities. In summary, the decision to live in small town or big city is in one’s hand. Choose which one is better according to which is more affordable to because there are many contrast of both. However, be balanced against the cost involved, family’s budget priorities and choose the best that will bring happiness.

Living In Small Town Or In A Big City. (2016, Oct 02). Retrieved from http://studymoose.com/living-in-small-town-or-in-a-big-city-essay 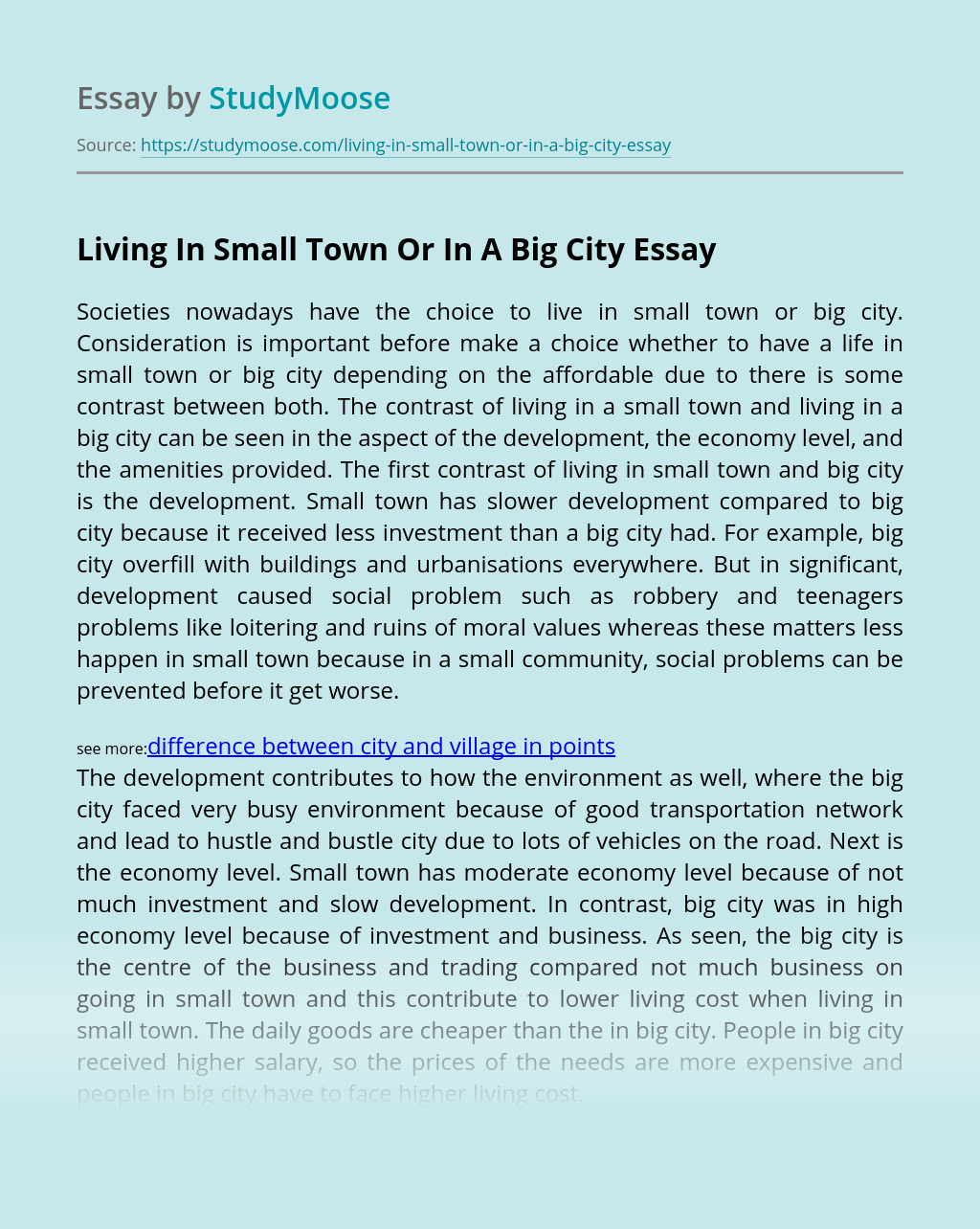