Legal Driving Age Sixteen. The age nearly everybody looks forward to. For teenagers it means getting your license and practically never being home; for parents it’s a relief to not drive their kids everywhere and an extra person to run errands. There is a lot of anticipation rooting from just one age, however some critics believe the age should be raised. This is because sixteen year olds are not nearly responsible enough, and there are many accidents involving teens. However the real question that spurs from this controversy is; would it actually make that big of a change in the accidents and the responsibility of teens? I do not think the legal driving age should be changed because teenagers need to learn responsibility, pushing the age back will not change the maturity, it is an inconvenience and more illegal activities will occur.

Don't use plagiarized sources. Get your custom essay on
“ Legal Driving Age Sixteen The age nearly everybody looks forward to For teenagers ”
Get custom paper
NEW! smart matching with writer

Responsibility, by definition, means the opportunity or ability to act independently. In my opinion this is one of the greatest factors in growing up.

Throughout all of your life, everyone is prepping you for the responsibilities you will face. One of the biggest responsibilities teens face is getting their license. According to Melissa Savage, there are Nearly 3,200 young drivers (age 15-20)(Teen Driver Tune-Up) on the road today. Many people believe teens are not responsible enough to receive their licenses, however you must go through a written test, six months of driving with a significant elder, and a driven test in order to receive a driver’s license. 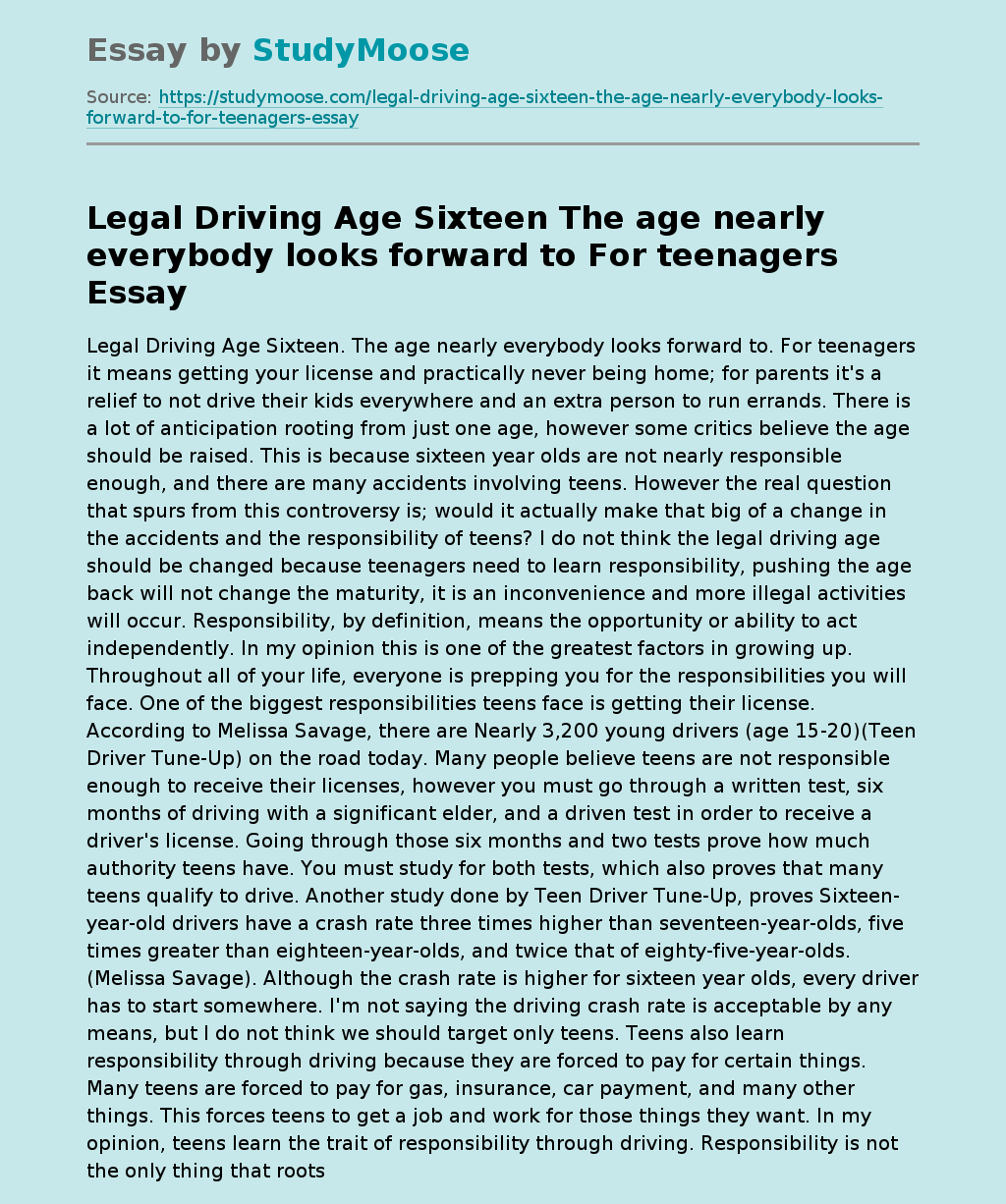