Kant’s critique of Utilitarianism is that it treats people as a means not as an ends in themselves. Since he is a deontologist he presumes that there is a universal moral imperative, certain ways in which we must act, no matter what our individual desires or needs or utility might be. The Categorical Imperative is an idea of reason. This knowledge is not derived from experience but rather, it is a priori. It also binds us and we all act in a certain way because of it.

Don't use plagiarized sources. Get your custom essay on
“ Kant’s Critique of Utilitarianism Ethics ”
Get custom paper
NEW! smart matching with writer

It is unconditional. It is the first principle of the moral law and it applies to rational and reasonable beings. Since we are sensuous creatures, we experience the moral law as a constraint. We have a tendency to do otherwise because we may come across moral dilemmas. Sometimes we know we should do something but we might reason against it. Kant believed that by putting something through the CI procedure we would be able to see if it was moral or immoral.

There are four steps in this procedure. First you formulate you subjective maxim. Let us use the example that: I will cheat on my philosophy test because I didn’t have enough time to study.

This will take away the value of a good grade that a person that studies may receive. You then ask yourself two questions: Can I coherently conceive of such a world? And if so, Can I sincerely will such a world? If at the end of all this, the maxim drops out and passes all these tests then it is okay to act on it because it is morally permissible. As seen in my example, it is not moral to cheat on a test because if everyone did it then it would devalue the good grades that people got that put work and effort into studying for the test.

Kant claims that acting from the categorical Imperative “reveals to us our freedom and dignity”, by this he means that Dignity brings about your morality which is what makes you part of the Kingdom of ends. It frees us from our senses by making us realize our own nature. The Categorical Imperative reveals what is moral and immoral and therefore we are able distinguish the two and this allows us to be autonomous and if you are autonomous then you are free. 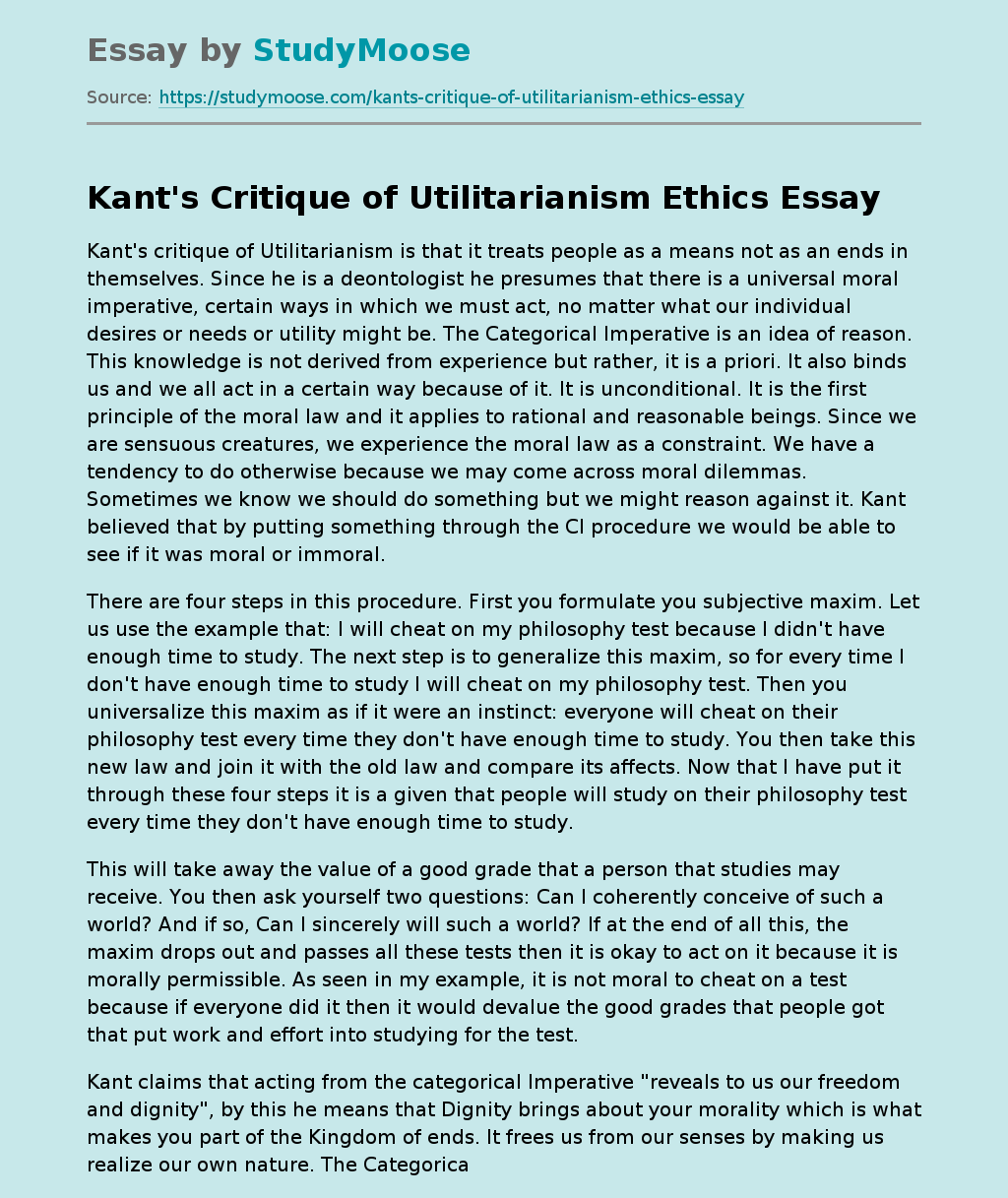