Utilitarianism, deontological, and virtue theory ethics are three normative approaches to ethics. This paper will go over the similarities and differences between virtue theory, utilitarianism, and deontological principles. It will include information of the variations in how each concept details ethics, morality, and it will also discuss a personal experience to describe the correlation between virtue, values, and moral perceptions as they relate to one of the three theories.

Virtue theory emphasizes character traits rather than the rules or consequences while deontology is described as an action that is right only if it is in accordance with a moral rule or principle.

Don't use plagiarized sources. Get your custom essay on
“ Utilitarianism, deontological, and virtue theory ethics ”
Get custom paper
NEW! smart matching with writer

Utilitarianism puts more emphasis on the consequences and that decisions should be made based on happiness for the greatest number of people.

Virtue theory does not judge a person as good (or not) based upon one single action in their lives. Rather, it takes a look over time to judge ones character. Virtue theory also looks at past mistakes that are not normally in a person’s historical nature.

For example, a virtuous person is someone who is kind across many situations over a lifetime because that is their character and not because they want to maximize utility or gain favors or simply do their duty (“Virtue,” 2010).

Utilitarianism usually relies on predicting the consequences of an action. Utilitarianism sets that an action is morally right when the action produces more total utility for the group than any other alternative (Boylan, Chapter 12, 2009). In this ethical theory, the consequences should fully be considered, as it will affect the most people.

Deontological ethical theory places more weight on the adherence to obligations and duties when analyzing an ethical dilemma. This emphasis is placed on the action itself rather than the outcome of an action. Religious denominations practice this ethical theory because rules, such as the Ten Commandments are meant to be followed.

Virtue ethics focuses on the benefits, or ethical personality, whereas deontology focuses on responsibilities or guidelines. Utilitarianism focuses on the repercussions of activities. Virtue ethics is also called agent-based or personality ethics. When using the quality principles approach, one should take the point of view that in living their lifestyle they should try growing quality in all that they do (Boylan, Chapter 11, 2009). Utilitarianism is a way of consequentialism; significance that the ethical worth of an activity is established by its results. Utilitarianism indicates that an activity is fairly right when that activity generates more total application for the group than any other alternative (Boylan, Chapter 12, 2009). Deontological principles mostly judge the activity, depending on the action’s sticking with a concept or guidelines. This principle uses guidelines and responsibilities to determine what is “right.” Deontology preserves the wrongness of activities in the kind of activity that it is, rather than the repercussions it triggers.

The fundamental principle of the military is a typical representation of utilitarianism. From when one takes the oath of enlistment to the final day of active duty, the Navy instills the importance of virtues, values, and the correct moral actions. The virtue of the Navy is characteristic to an all-volunteer force serving today. Specifically, to be accepted and to serve in the military is an honor. I believe it is seen as a privilege from those serving to represent and defend our country. The value is shown in the Navy’s core values of Honor, Courage, and Commitment. These simple principles give Navy members a focus and demonstrate their worth to the organization. The moral concept of protecting the countries national interests through the utilization of military force is yet another inherent part of the United States Navy. As a military organization, the Navy falls in line with the utilitarianism theory because it is the daily mission that calls for accomplishing what is right for this nation.

Ethical development is necessary to our culture. The similarities and differences between virtue theory, utilitarianism, and deontological began with defining each on their own values. In addition, my personal experience addresses how each theory identifies ethics and morality in relation to personal experiences with virtue, values, and moral concepts for a United States Navy service member.

The theory of deontology states we are morally obligated to act in accordance with a certain set of principles and rules regardless of outcome. Gekko’s speech supports immorality, he is justifying greed. Gekko says ‘Greed is right. Greed works.’ There is nothing right about greed, Kant would not agree. According to Kant’s theory we are morally obligated to act or live according to the rules. Me, me, me-Egoism. Kant claims, a person has a good will when he ‘acts out of respect for the moral law’, Gecko is not acting out of respect for anything. He is saying that greed is good; more like saying selfishness is morally good, that’s what ethical egoism is, which is what the executives of Teldar are expressing, they don’t care what the operations or middle level of management gets or earns.

They are happy with them earning more money after having done the minimum amount of work compared to the ‘stockholders’. On the other hand Gekko is expressing psychological egoism which asserts that people always act in their own interests, and, cannot but act in their own interests even though they may disguise their motivation in helping others. Gekko is trying to get more recognition as well as more money while acting as if he is helping the ‘stockholders’ Fair is fair- Distributive justice. Everyone should benefit from the profits of company but only the executives are, which is unfair and it defines inequality, this would have been permissible if everyone benefited for it.

In assignment 4 I argued against egoism, which is what I did as well in this assignment. This then makes the two assignments completely comparable. In this assignment I argued against what Gekko said. Gekko says that greed is good and it is what makes companies. Stopping at nothing to achieve all the success one wants and that is egoistic. Greed is not good. I practice these virtues and claim them as my own because I believe in being kind and fair to everyone and not being selfish. I treat others the same way I would like to be treated. 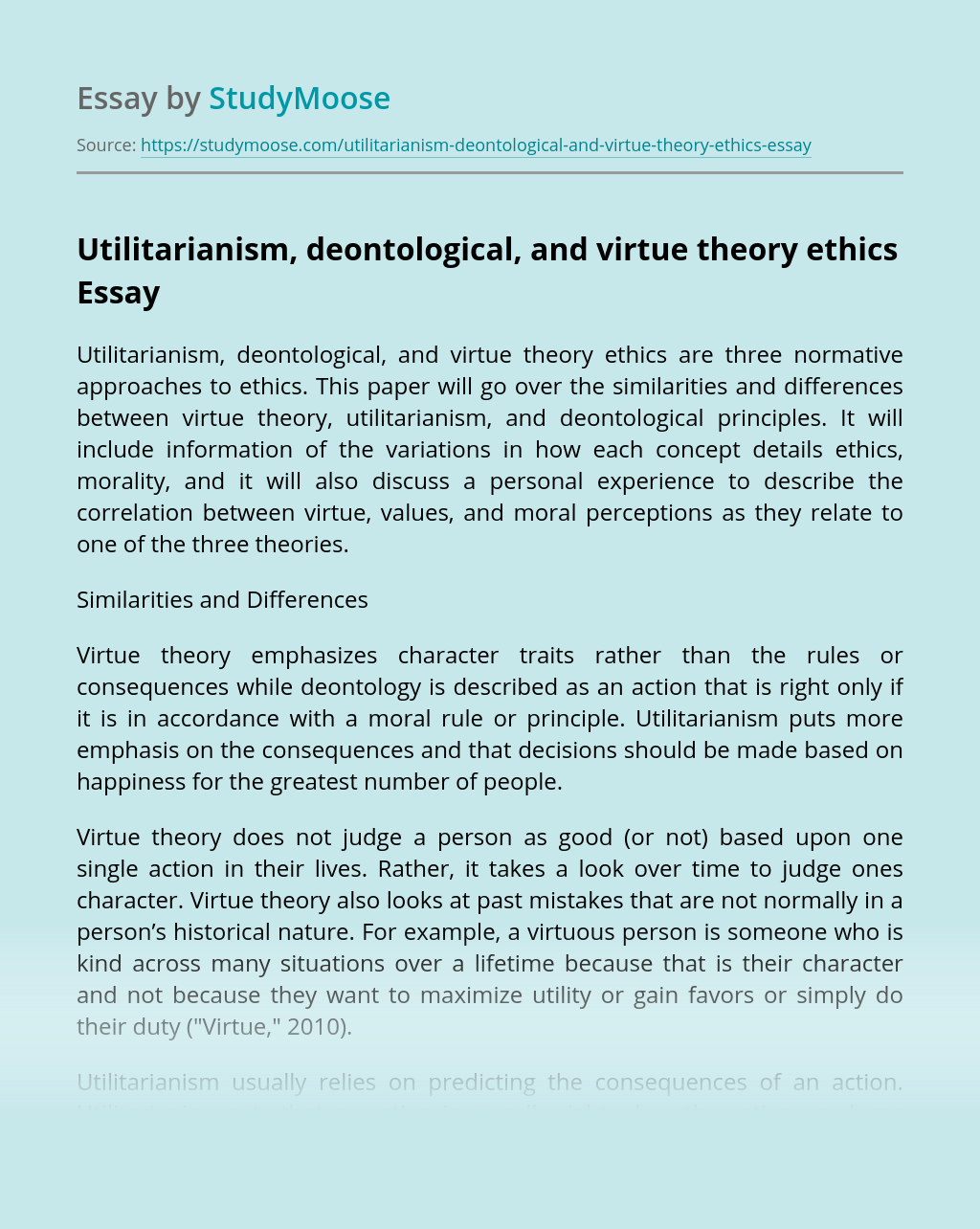