The plot of Don Delillo’s Videotape is strange enough as it is; a twelve year old girl is playing with a video camera while in the back seat of their family car. Thinking it is fun to do so, she points the camera out the back window and starts recording the man driving the car behind them. It is not long before the girl and her video camera become witness to the man being fatally shot, and her video becomes widely publicized thereafter.

The introduction of the story is with the role of the twelve year old girl in the entire structure of the story.

How she gets involved, and the after-effects of her involvement all form the basic concepts and structure of the story. Careful readers will note several complications within the storyline itself that develop surrounding the young girl. The first is her reaction to keep the video camera running even during the actual shooting itself. Being in the process of witnessing a murder in cold blood, the child is faced with the conflict of stopping the recording or satisfying a morbid fascination to continue watching.

Ultimately, the child is unable to resist, possibly because of the curiosity that comes with the experience of seeing something new. However, Videotape does not just focus on the child and her story. It tells of the people watching it on television afterwards, specifically of a couple’s reaction to it. In the story, while the wife seems relatively uninterested in the real-life drama going on in the video, the husband displays the same morbid fascination with the murder similar to that earlier demonstrated by the child.

The irony of the situation is such that while the idea of seeing the murder of a fellow human being in real life is repulsive enough, seeing it in a different form seems to effectively change the circumstances surrounding it, making it acceptable even. The conclusion of the story ultimately reveals the unfortunate side of man that revels in others’ loss when presented in a manner so usually associated with mass entertainment. 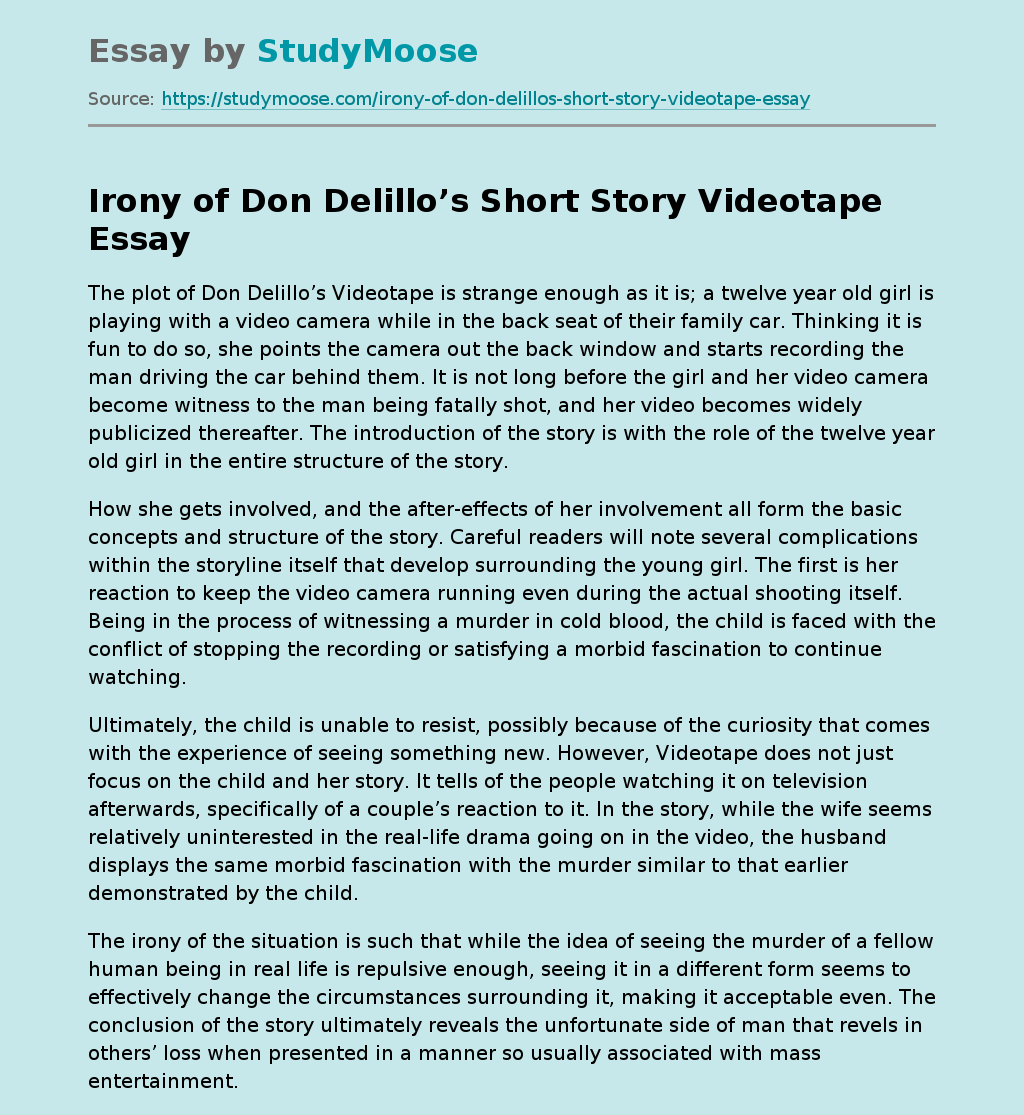