This paper compares and contrasts the troubled lives of Henry VIII and Louis XIV and their accomplishments in England and France respectively.

Henry VIII and Louis XIV were both men whose accomplishments on a national level for their respective countries of England and France were great, but whose very different personal problems gave them a negative impression in history. The two leaders had very different ruling styles, but with a few similar themes throughout. Perhaps the best thing to look at first is their very different attitudes toward God and God1s power in monarchy and state.

Don't use plagiarized sources. Get your custom essay on
“ Henry VIII and Louis XIV ”
Get custom paper
NEW! smart matching with writer

Henry VIII on England grew up as a very strong Catholic, at the insistence of his mother and father. He was known to be 3a man of daily devotionals, setting an example for his people2 (Canon 76). His own writings, most especially a book of Catholicism entitled The Sanctoreum earned him the title from Pope Leo III the title 3Defender of the Faith.2 His book had served as an answer to the teachings of Martin Luther, a man whose principals Henry later put into effect in his very own country, in the Protestant Reformation.

France, however, was a very strongly Catholic country where the Roman church had a great deal of influence. Louis, although supposed not to be a very fastidious devote of the religion, or any religion, took part in a minor reorganization of the Roman Catholic Church inside France. It is apparent now that Louis basically went along with the reforms dictated by the pope in regards to religion. 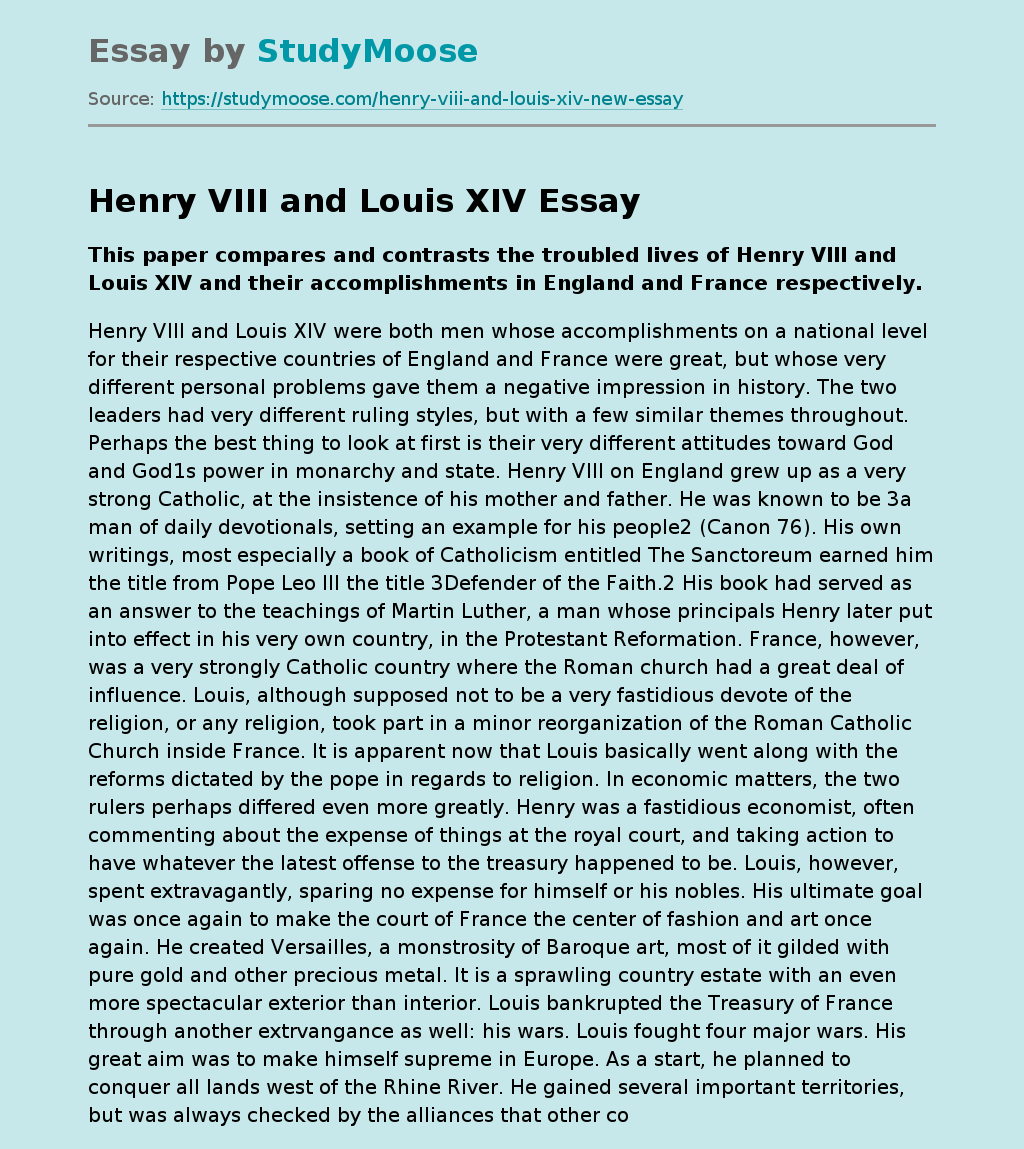