Financial bubbles have existed from the time humans began trading with one another. However, these bubbles were usually confined to a particular commodity or company and when the bubble burst the fallout was usually limited to a small segment of the population. As human enterprise evolved and the financial system developed complexity and became more intertwined with a larger segment of the population, a bursting financial bubble would have a more far reaching and destructive effect on the society. For many millennia, humans pursued agricultural enterprise but this started to change just over 200 years ago with the coming of the Industrial Revolution.

Don't use plagiarized sources. Get your custom essay on
“ Financial bubbles have existed from the time humans began trading with one ”
Get custom paper
NEW! smart matching with writer

This demand for capital presents exciting opportunity for investors to finance the new technology. As more investors pile in, an unsustainable bubble develops which eventually bursts. The consequences are usually a financial crisis or depression as wealth is destroyed. In the past 200 years there have been a number of these technological revolutions and the resultant financial bubbles.A technological revolution occurs when an innovation creates the means to make new products, and industries are formed that cause significant disruption in an economy.

Financial bubbles have existed from the time humans began trading with one. (2019, Aug 20). Retrieved from https://studymoose.com/financial-bubbles-have-existed-from-the-time-humans-began-trading-with-one-essay 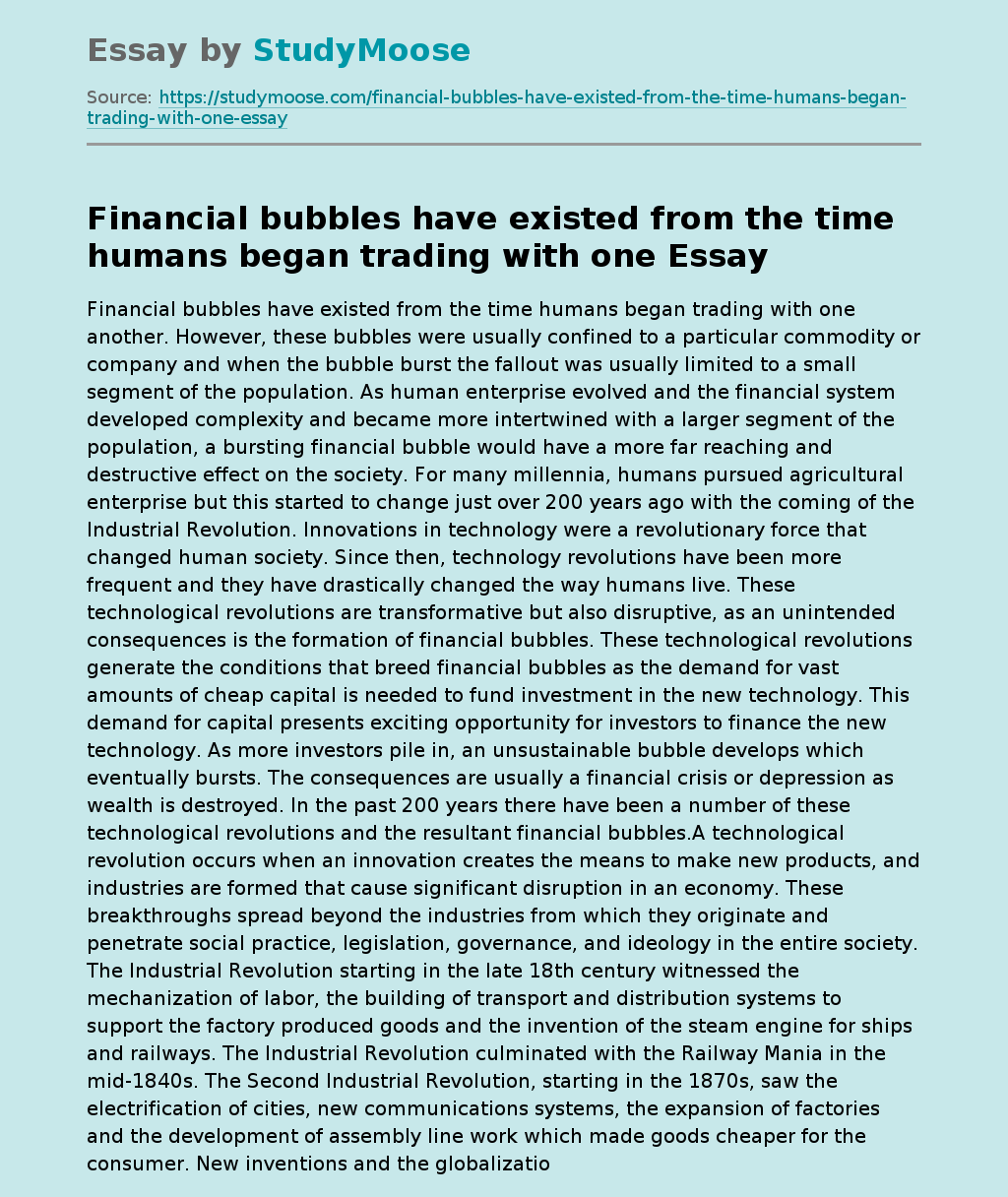