Blanche is sufficiently self-aware to know that she cannot survive in the world as it is. Reality is too harsh, so she must somehow create illusions that will allow her to maintain her delicate, fragile hold on life. “A woman’s charm is fifty percent illusion” (scene 2) she acknowledges to Stanley. Later in the story line when Mitch wants to switch the light on so that he can get a realistic look at her, she tells him that she does not want realism, she wants magic.

Don't use plagiarized sources. Get your custom essay on
“ Fantasy vs. Reality in Streetcar Named Desire ”
Get custom paper
NEW! smart matching with writer

When Mitch turns on the light during that scene it reveals much more to the audience than just what she really looks like, but it shows that all this time she has been living her life in the dark, hiding herself in the murky shadows of her promiscuity. Her ultimate goal was to manipulate reality until her fantasy becomes reality. She wants life to be lived in a permanent romantic glow, like the light that lit up the entire worlds when she first fell in love.

But in this play, reality dominates. The realism of the setting, with its down-to-earth characters and the sounds of the busy life of this corner of New Orleans, suggests that Blanche’s illusions are not going to be sufficient.

The fact that Blanche is probably aware of this too is what wins her the sympathy of the audience. Eventually, her thin hold on reality disappears altogether and she takes refuge in an illusory world in which she is about to go on a trip with her imaginary rich beau.

The more desperate Blanche becomes in her loneliness, the more deeply she digs herself into an alternate reality, where she is the author of her own demise. Fantasy can be a hard mind set to overcome for most people. The more a person repeats a lie—the more that person starts to believe it is reality. This is one of many themes that can be related to everyday life. 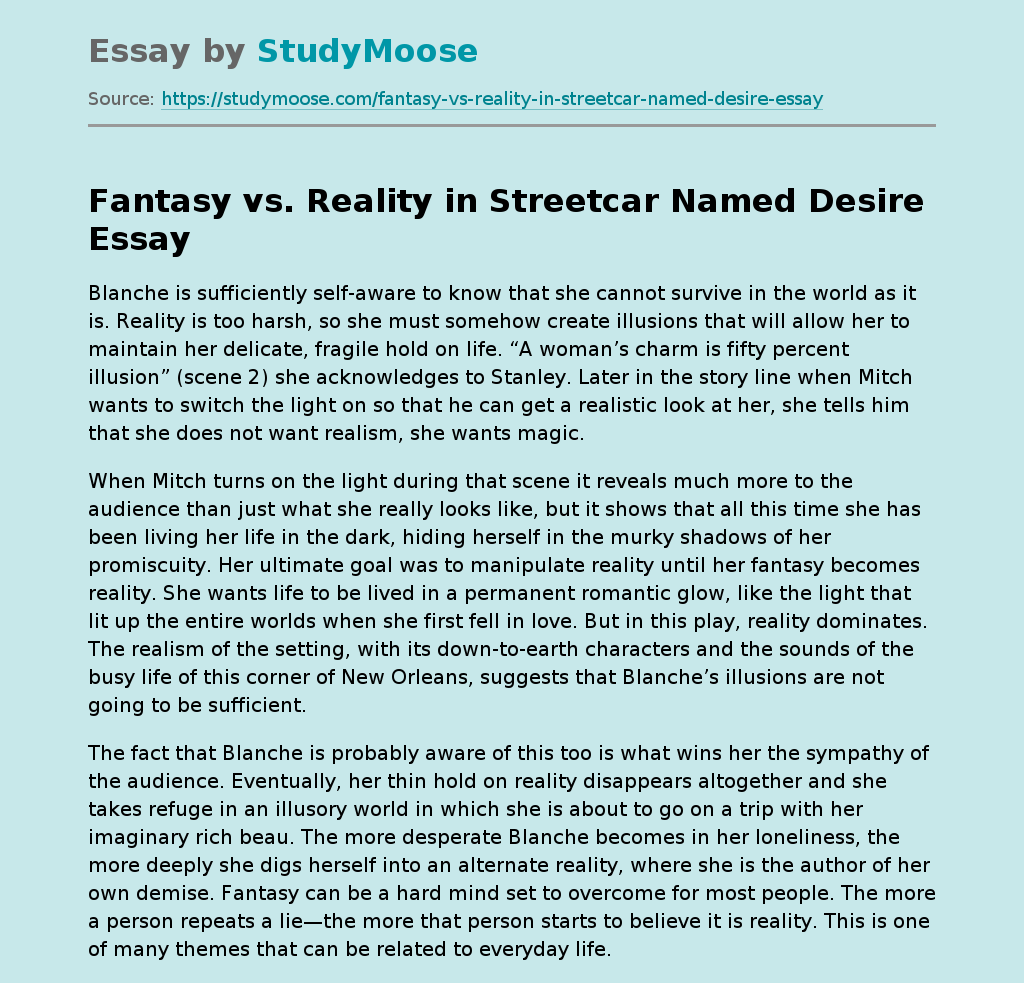