By 1400s, European countries began to dominate the globe with trade and advanced technologies. England, Spain, France and Portugal emerged as the strongest nations in the 1400s and 1500s. For reasons separate for each, the dominant European powers desired to expand their reign beyond Europe. Europeans began exploring various economic reasons, but they did not want to set up colonies right away. However, political reasons arose after the first discovery of the New World for European nations to begin colonizing lands to expand their authorities.

Don't use plagiarized sources.
Get Your Custom Essay on Economic and Political Causes of European Exploration Just from $13,9/Page

Wealth, national pride, and religious and political freedom were the main causes of exploration and colonization. First, the primary aim of exploration was to find an alternative route by sea to the riches of the East. In the 1400s, European nations were using trade to gain wealth. In particular, trade with Asia for luxuries such as silks, spices, gold, and jewels that were not available in Europe was lucrative business.

However, Muslims controlled the land trade route because it was geographically located between Europe and Asia; Europeans had difficulty traveling by land to Asia because they had religious conflicts with the Muslims.

As a solution, the Europeans sought ways to go by sea. Chritopher Columbus himself was attempting to do just that. Early explorers such as Columbus and Magellan began their voyages in search of trade routes with Asia. However, they were not equipped with good maps or fast ships to make such voyages. Columbus thought he would reach Asia by sailing west (under the knowledge that Earth was round), but in fact, he reached America or the New World. Although Columbus began a series of European explorations, there was little interest in colonizing because their primary goal had been economic – to establish new routes of trade for wealth.

While Columbus’ discovery of the New World did not prompt colonization right away, it set into motion an intense competition among the dominant European powers to exploit new territories. Instead of silks and spices from Asia, the Spanish began exploiting America for tobacco, potatoes and other new agricultural products to Europe. Such news fueled other nations such as Portugal, England, France, and the Netherland to take interest in the New World. Each of the power nations wanted to become the most dominant presence through gaining more land and wealth. With the expanded knowledge of world geography, Europeans realized they could grow trade, mercantilism and capitalism if they owned the Americas.

Each of the powerful European nations had their national pride at stake and became wary of the others gaining more control over land to dominate them. For instance, Spain and Portugal formed a rivalry over the New World that prompted the Pope to declare the “line of demarcation” where Pope drew an imaginary line to divide the land in dispute in halves so Spain and Portugal would no longer compete. Meanwhile, England and France began exploring North America to rise above Spanish and Portuguese glories.

Competition Between Countries and Defeat of Spain

The initial colonization effort was made by the Spanish in the 1500s to make the Spanish empire more powerful and bring back wealth to Europe, but soon, others followed. Cortes and Pizzaro were the most famous conquistadors and their object was gold and silver. However, English ship-making and its navy had become more powerful and prepared to defeat the Spanish. The Spanish were having multiple conflicts with the Native population, as well as religious wars, and eventually in 1588, the Spanish Armada was defeated by England. Once the ocean ways were no longer under control of Spain, other countries could find their ways to the Americas for wealth and glory.

How Colonization Influenced Laws and Democracy

Starting with the Roanoke Colony, England, France, and the Dutch continued to send colonizers for getting natural resources, collecting taxes on the goods traded in the colonies, and selling more of European goods to colonies for more profit. However, colonization period really began to blossom as a result of political and religious reasons. By the 17th century, religious and political freedom became key issue for Europeans’ need to flee their home land to start anew in the New World. The distance from England for the English colonies created a need for colonists to make their own laws, and colonists did not agree with oppressive monarchs of Europe.

In 1620, the Mayflower Compact was signed to show that the new colonies would form a political body different from Europe: a representative democracy. Also, religious conflict was becoming a big problem in Europe. Many people were unhappy that the king or queen would try to control their religious beliefs and loyalties. Therefore, the Pilgrims sought religious freedom in new colonies in the west. Many colonies such as Plymouth, Massachusetts Bay, and Rhode Island were founded because people sought governments that allowed religious freedom. 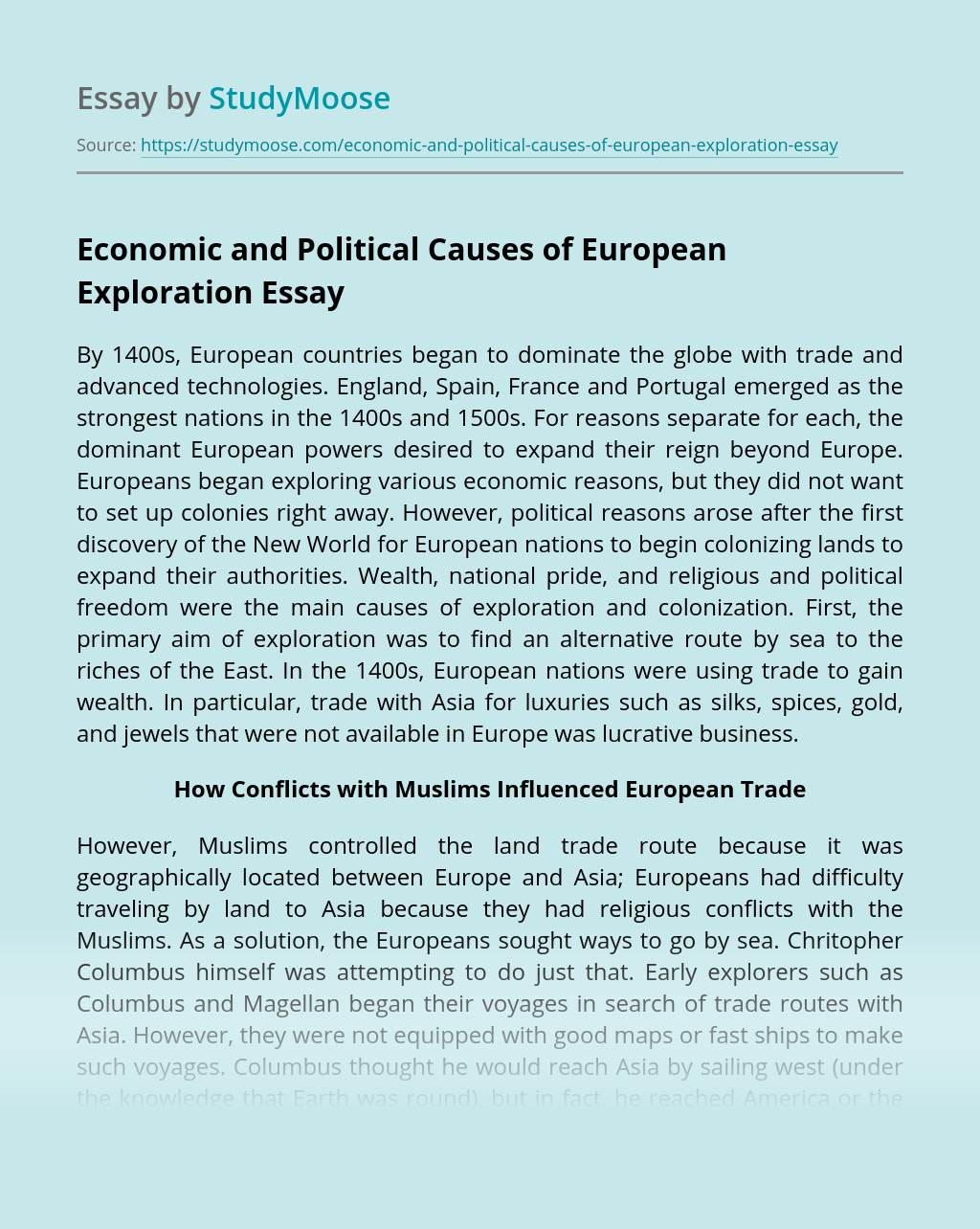 My parents My role model

Many times in life, we come across a tough, influential person who leaves a great and powerful impact on our lives. When you hear the words “role model in your life”, who or what do you think of? When I hear it a string of actors, musicians, athletes and, celebrities Over the years, the concept... VIEW ESSAY

Their meanings and correct usage in sentence Abolish verb abolish something to officially end a law, a system or an institution This tax should be abolished. 1 sudden and unexpected, often in an unpleasant way an abrupt change/halt/departure The accident brought his career to an abrupt end. 2 speaking or acting in a way that... VIEW ESSAY

In the pursuit of knowledge, all fields of study are susceptible to change, divisions of understanding and explanation, and always remain exposed to the possibility of sweeping transformations. International Relations is not immune to this. The discipline, since its inception, has ebbed and flowed through history with what can only be described as developments in... VIEW ESSAY