Danzon or dance is a piece for piano trio by the renowned Cuban performer and composer Paquito D’Rivera. The piece is written for piano and two separate parts which have the option of being performed by a cello, trombone or bassoon in the bass part, and a violin, clarinet or trumpet in the treble part. The piece, like D’Rivera’s musical style, blends traditional Cuban dance rhythms with contemporary jazz harmonies which create a fusion of Latin/jazz styles.

Don't use plagiarized sources. Get your custom essay on
“ Danzon for Piano Trio by Composer Paquito D’Rivera ”
Get custom paper
NEW! smart matching with writer

Danzon is a structurally simple work with its thematic material clearly identifiable within the differing sections. For the sake of this analysis, it will be assumed that the bass part is played on trombone and the treble on violin.

Introduction (Section I (A))

The piece begins with a calm, repeating motif in the bass of the piano. It is in F major and for the first eight bars, it maintains a harmonic rhythm of one chord per bar, F major root and Bflat minor 2nd inversion.

Motif at beginning of Section B of Danzon:

Motif at beginning of Campina:

The coda is a repeat of the introduction with an identical repeating piano accompaniment and theme in the trombone, only now it is in a different tonality, G major. It finishes gently in G major with a final broken chord in the piano.

Danzon as the name suggests, is a rhythmical dance of South America and in his Danzon for piano trio, Paquito D’Rivera combines elements of music from his native Cuba with traditional jazz characteristics such as chordal extensions and improvised solos to create a vibrant, exciting work. In its most basic form, it can be said that Danzon is in a loose ternary form with an introduction and a coda and through its syncopated rhythms and energetic melodies, Danzon really lives up to its name. 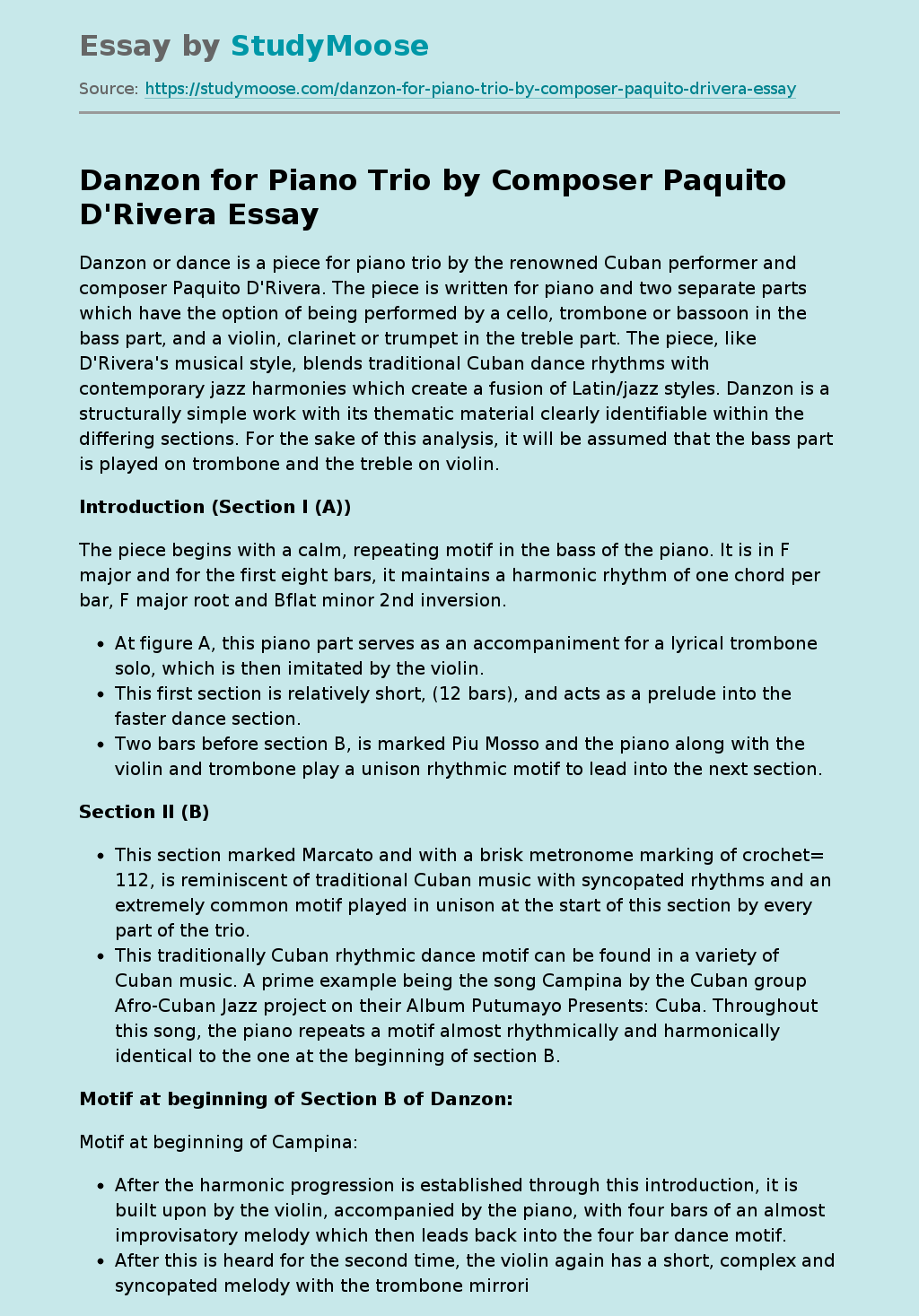