Don't use plagiarized sources. Get your custom essay on
“ Crutch Mentality ”
Get custom paper
NEW! smart matching with writer

By doing so, more of such crutch mentalities will be implemented in other countries.

These countries need to focus more on development. It not only possesses intrinsic value but in the long run it will lead the Third World to become more concerned about the environment. Third world countries think that only when they are rich enough to feed themselves do they worry about the environment and future generations. They have the mentality that environmentalism is not so important and that they should leave the responsibility to the 1st world countries.

As a developing country, third world countries should learn how to be able to stabilise and run their country properly; especially with how to deal with environmental problems which is an important issue in the world today. It has been observed that countries that are progressing well in their economic, health and education sectors are run by governments that are efficient and development oriented.

It is only going to cause a slippery slope as they have will have to pump in more funds and resources in order for their efforts to be effective in a country which isn’t theirs, while what’s left behind in their country will be decreasing. Overtime, the 1st world countries might face a shortage of resources. And once again likewise, the first world countries also have a responsibility to take care of their own countries’ funds and resources which could have been used during an economic crisis or whatever else of that sort. 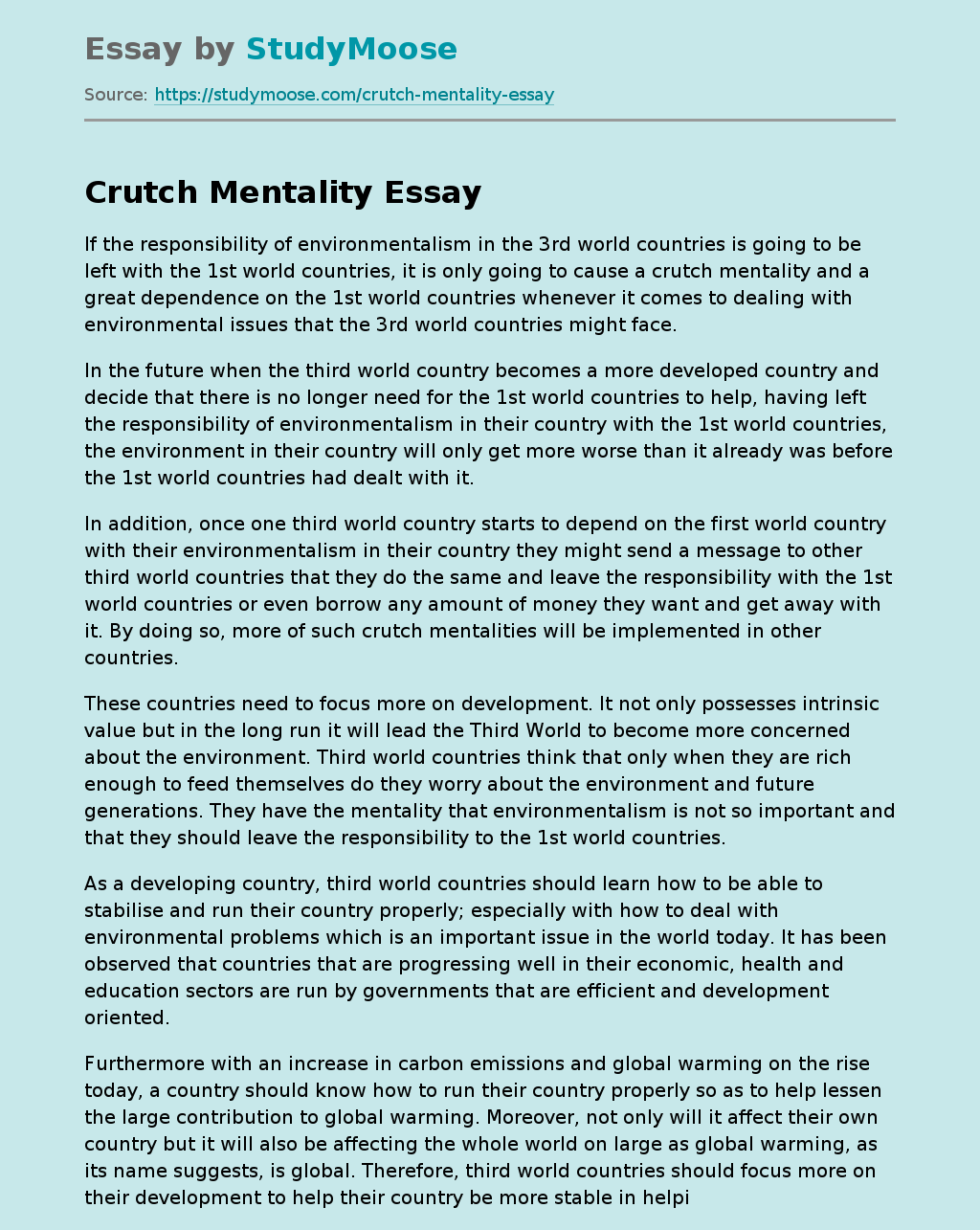