‘Charge of The Light Brigade’ delivers a strong message base on the theme of the war. The poem gives the impression that war is a glorious and noble act and consists of phrases such as ‘When can their glory fade?’, ‘Honour the charge they made!’ and ‘The Noble Six Hundred’.

Don't use plagiarized sources. Get your custom essay on
“ Compare and contrast ‘Charge of The Light Brigade’ and ‘Dulce et Decorum Est’ ”
Get custom paper
NEW! smart matching with writer

This shows that in Alfred Lord Tennyson’s opinion it is noble and glorious act to fight and die for one’s country.

Alternatively, Wilfred Owens’s poem has a far more negative outlook on war. Contrary to Tennyson’s noble and proud view of war Owen believes that dying in a war s a horrible, bitter death especially when such an end is as a result of a gas bomb being discharged in the surrounding area.

He recounts graphic and horrific descriptions a soldier gradually dying while gasping for air.

Some of the phrases that the poet uses to convey the hideous horror of the battlefield are; ‘He plunges at me, guttering, choking, drowning’, ‘And watch the white eyes writhing in his face’, ‘come gargling from the froth-corrupted lungs’. I believe Wilfred Owen includes these vile descriptions to show the stark reality of war and the ultimate human sacrifice that so many of those innocent young men endured while fighting for King and country.

While the theme of both poems is of war; they are in fact depicting two different battles. The poem ‘Charge of The Light Brigade’ was written to commemorate the battle of Balaclava in 1854 while the other poem ‘Dulce et Decorum Est ‘ was written to reflect battles of the First World War in 1916.

The poem ‘Dulce et Decorum Est’ tells the story of a young man and his fellow troops who march into war and find themselves fighting for air when a gas bomb hits the battlefield. 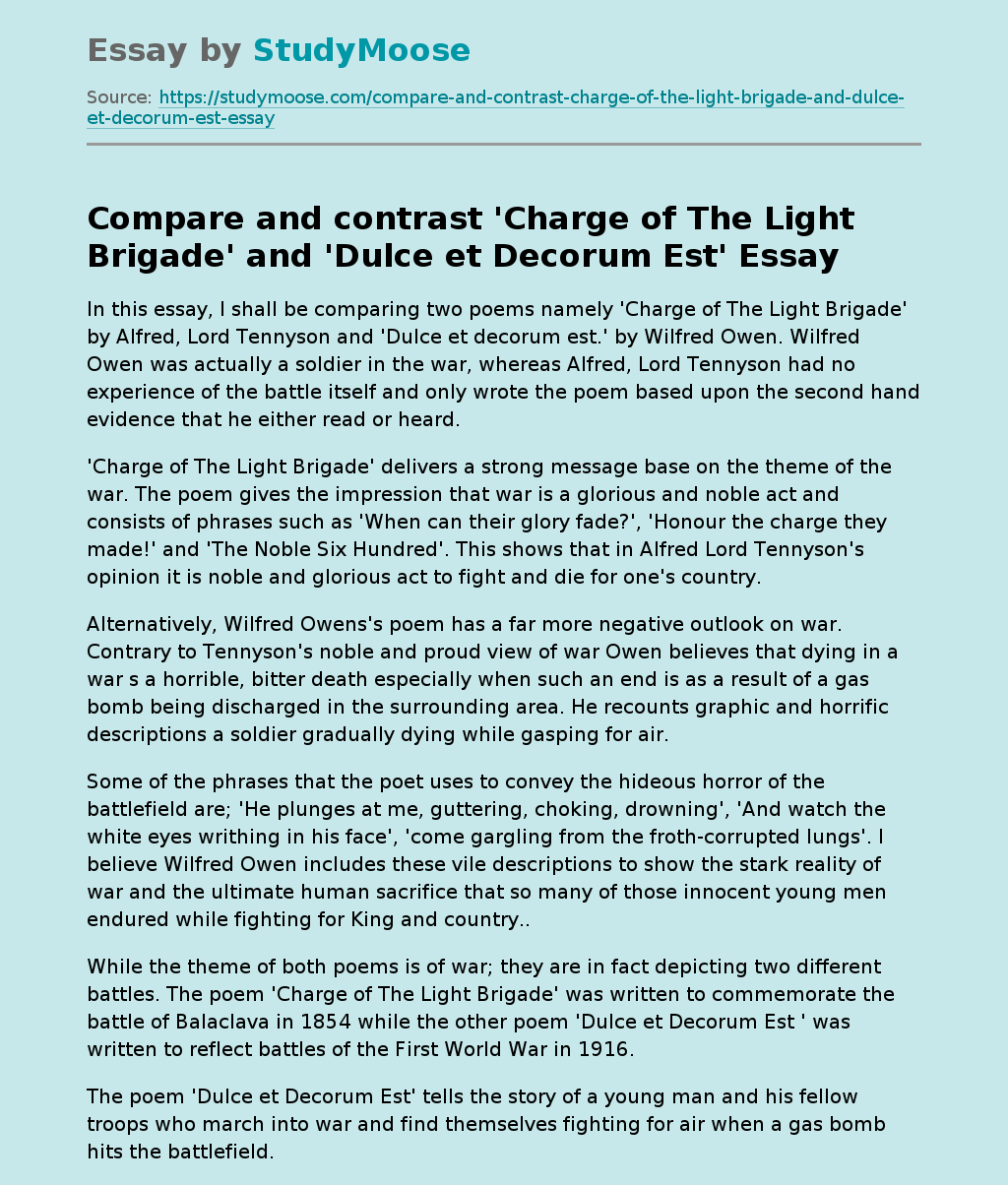