Between 100 and 600 C.E., Rome underwent significant cultural and political changes. Culturally, the empires religious beliefs had changed, resulting in the predominance of Christianity. Politically, Rome’s economy divided. As for continuities, paterfamilias and women’s right remained the same throughout the time period. Religion was a large part of the roman culture, and made a major change to Christianity. When Rome was still n early empire, Paganism, where there was a belief in multiple gods, was the main religion. Initially the poor were the first to switch to Christianity, which later spread to the higher classes of society.

Don't use plagiarized sources. Get your custom essay on
“ Ccot Rome 100-600 C.E. ”
Get custom paper
NEW! smart matching with writer

The religion was rejected in 100 C.E., but Constantine legalized it in 313 C.E. The Roman Empire was quickly enveloped by Christianity and took over the other religions. A major political change was the division of the once united Roman Empire into the Byzantium to the East, and Rome remaining in the West.

Rome was so massive that under one ruler, it was impossible to make everyone happy, which led to dividing the empire.

Because of economic and leadership issues, Germanic tribes tried to take over the land to the east and west. Rome had to split its force to fight them, ultimately adding to the chaos that divided the empire. Women’s right had remained constant throughout the time period. Unlike in China and India women, mainly of the upper class, would have a larger participation in business and work. Woman were able to attend schooling together or similar to men at public schools, and attended religious and social events.

Paterfamilias was another continuity in 100 to 600 C.E. Rome. The male father had complete control over his family, and his children’s full lives. This included occupations, spouses, possessions, he could even legally kill them. 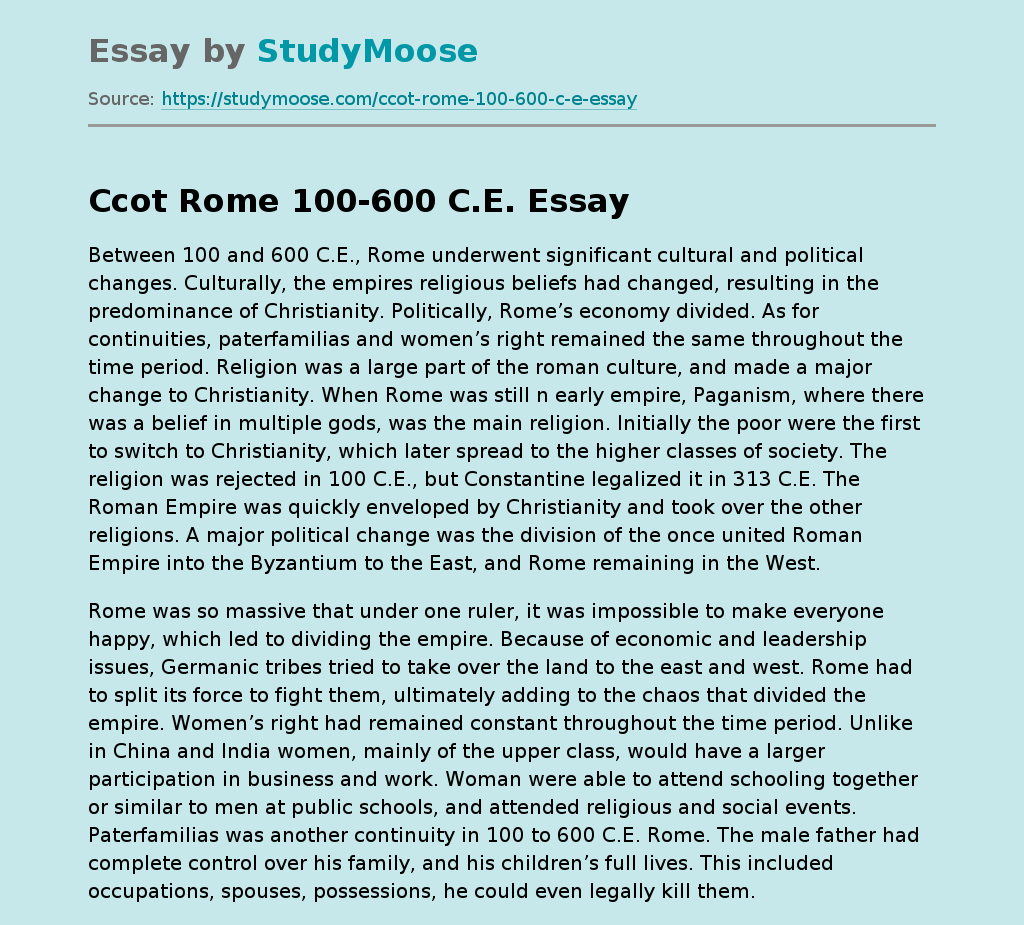