According to the case the Walt Disney Company is a highly diversified company. Over the years, starting from 1923, it has pursued a wide range of diversification strategies. Using horizontal integration Walt Disney operates in media network, studio entertainment, theme parks and resorts, consumer products and direct marketing. From another hand Walt Disney favoured vertical integration: for instance, many of its products (books, magazines, audio and computer software etc.) were sold in stores simultaneously owned by Disney (forward vertical integration). At the same time, the efforts made to maximize theme park profitability were the result of a revenue enhancement strategy.

Don't use plagiarized sources. Get your custom essay on
“ Case Summary The Walt Disney ”
Get custom paper
NEW! smart matching with writer

It was possible due to lifting restrictions on the number of visitors permitted into the parks, opening the parks on Mondays and raising ticket prices. The different strategies were used several times over the years. The main point is that Walt Disney relied on diversification of the business to introduce new products on the market, and to diversify its activity, that is why the Walt Disney seemed to be so flourishing during the time.

Another key to success of the Walt Disney is the attitude of the management of the company to one main critical resource: creativity and intellectual property. Firstly, Walt Disney adopted different strategies, diversified its activity, always trying to manage creativity in the best way. Under Einer, creativity was handled through the brainstorming meetings. And as we can see Einer and Wells’ success followed changes and innovations. The movies industry was enhanced: the Walt Disney released many new movies (15 to 18 per year).

After that Katzanberg took over and deployed his talent in finding good script and attracts good actors, actress, directors and partners. 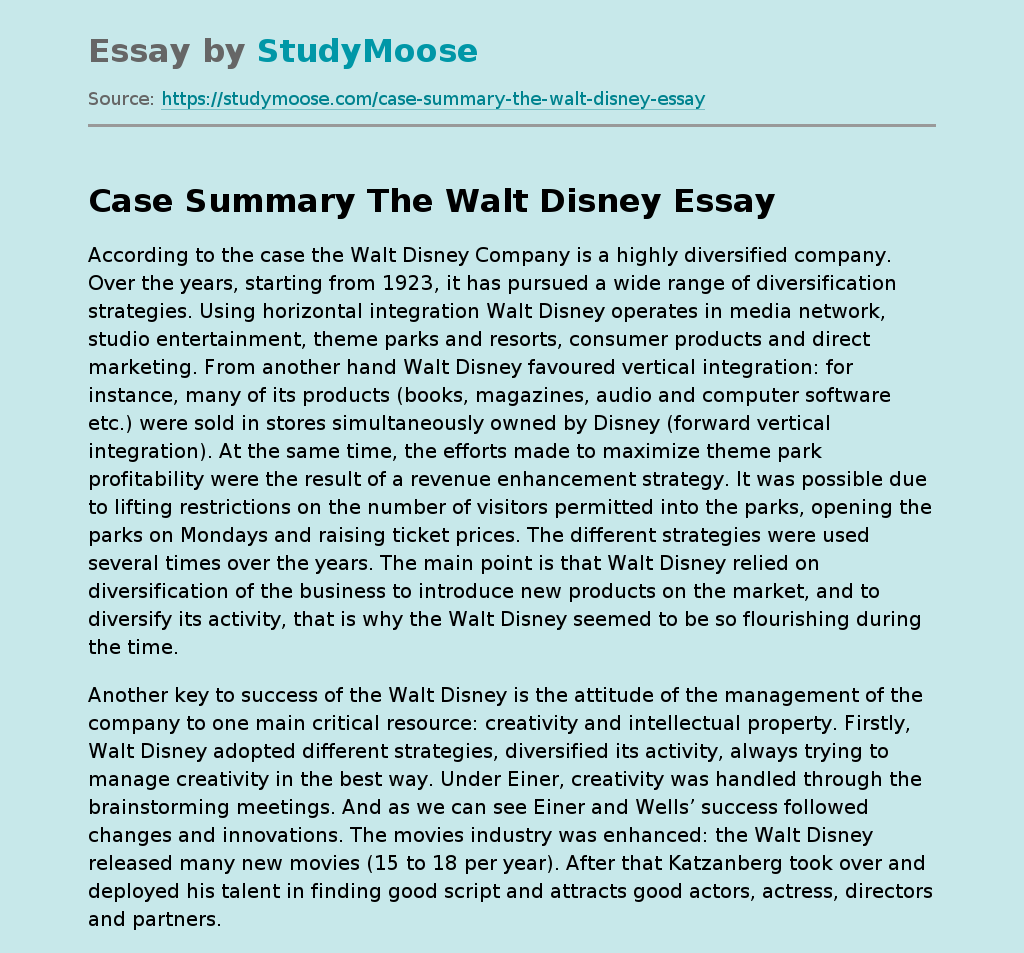