Daisy Bates was born on November 11, 1914 Huttig, Arkansas and was an American Civil Rights Activist, publisher and writer who is best known for her involvement in the struggle to integrate Cental High School in Little Rock, Arkansas. She was an advisor to nine black student trying to attend a previously all white school.

She was also an important figure in the seminal moment of the civil rights movement. As a publisher and journalist, she was also a witness and advocate on a larger scale.

Don't use plagiarized sources. Get your custom essay on
“ A Famous Person Daisy Bates ”
Get custom paper
NEW! smart matching with writer

Bates endured numerous hardships, but in the coming pass years her generous labors on behalf of equality opportunity have earned her many praise.

Bates and her husband were important figures in the Little Rock Integration Crisis in 1957. The Bates published a local black newspaper, the Arksansas State Press, which advertised the violations of the Supreme Court’s desegration rulings. She guided and advised the nine students, known as Little Rock Nine, when they attempted to enroll in an all white school. Ultimately, the Little Rock Nine were able to attend Central High, and many of them went on to impressive careers. The price for her husband and herself was high, and the advertisers caused the local black newspaper to dry up quickly.

It was forced to shut down in 1959. Daisy Bates received many honors and rewards. In 1988 she received the American book award and Honorary Doctor of Laws Degree in the University of Arksansas, 1984. Arkansas has established the third Monday in February as George Washington’s Birthday and Daisy Gatson Bates Day, which is an official state holiday.

Also, the Daisy Bates Elementary School in Little Rock is named in her honor. Bates proves to be an strong independent woman, and an Africa American rights activist in the civil rights movement. She died on November 4, 1999(aged 84). 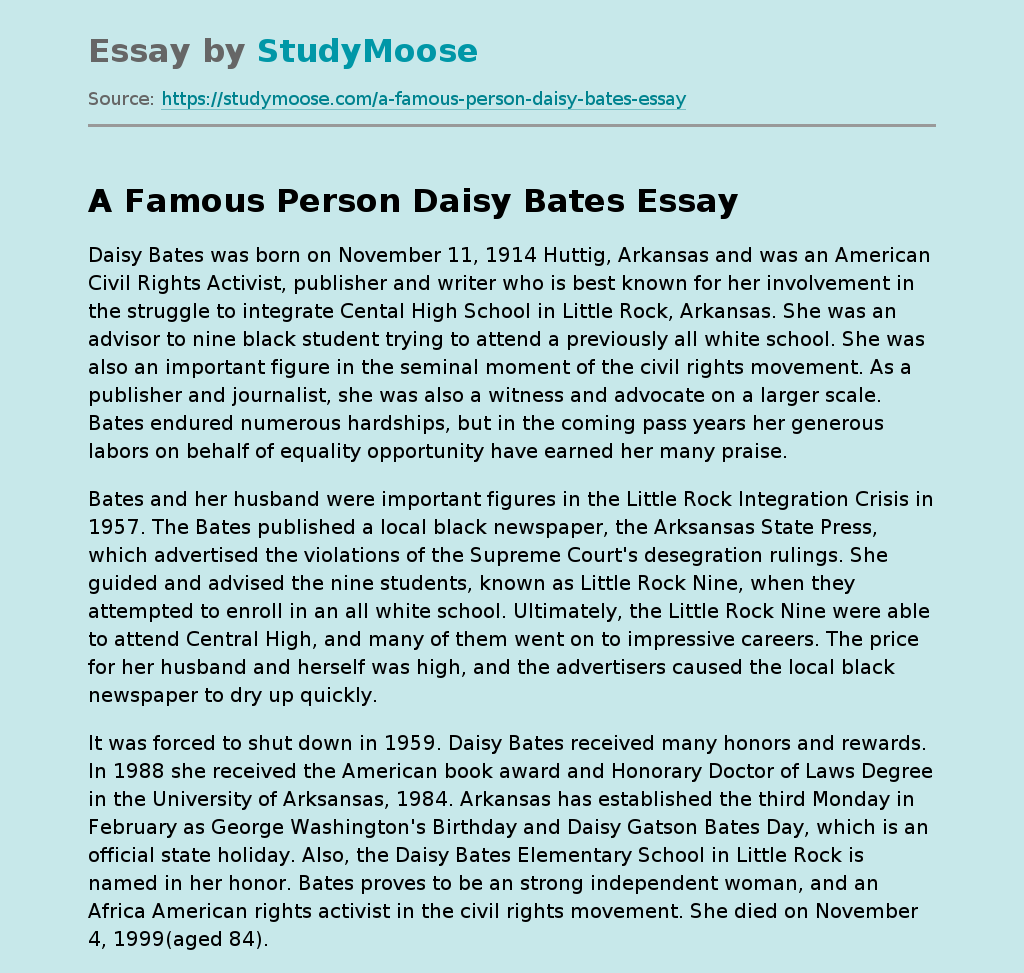