Malala was born on July 12,1997, Mingora, Swat Valley, Pakistan. Malala gave speeches and interviews for women’s educational rights. Malala helped them by using her voice to speak up.

Don't use plagiarized sources. Get your custom essay on
“ Women Fighting for Educational Rights in Pakistan ”
Get custom paper
NEW! smart matching with writer

Malala helped women and children because she knew education was important. Malala spoke out publicly on behalf of girls and their right to learn. She worked for civil rights to ensure all girls of free, safe, and quality education.

During that time Malala was helping women get education, Malala faced struggles that included exile, house arrest , imprisonment, and occasions of corruption. Malala faced natural disasters and that gave her strength. She did it because people believed in her female equality.

Proficient in: Gender Inequality In Education

Malala did not let citizens words and actions deter her from her own mission or campaign. She was brave, encouraging, and about her actions. Malala has experienced discrimination on her brave act of trying to get the rights for education.

Malala didn’t let anyone get in the way from stopping her speaking up on the importance of education. Malala survived being shot in the head by the Taliban but her fight for recovery was just the beginning. The Taliban was threatened by the words and ideas of a child and sought to kill her speaks to the organization’s ethics.

Citizens inspire Malala actions towards education. Education and Women Rights is a great mindset to others. “One child, one teacher, one book, one pen can change the world” Malala stated. That gives me the significance that education is really important to Malala. Malala sees beyond race, segregation , etc. Malala can change the world. On 10 October 2014, Malala Yousafzai was announced as the co- recipient of the 2014 Nobel Peace Prize for her struggle against the suppression children and young people and for the right of all children to education.

Today, Malala still believes in education and women rights because she is spending time with girls who are not able to go to school. Malala takes in very proud action in doing her work. If it wasn’t for Malala Yousafzai , girls maybe wouldn’t have education right now. Malala Yousafzai was involved in civil rights movement because she honored Dr. Martin Luther King JR speech “ We go forward” . It gives her the thoughts of believing she’s capable in doing what she believes . Malala is intelligent and more ambitious. Malala changed the world by doing whatever she could to get her power to fight for change and inclusive freedom for people all over the world. She inspires many in this world today. “ When the world is silent, even one voice becomes powerful” Malala stated . That gives me the thoughts of Malala been inspiring. Education is a process of receiving instructions. That’s the reason Malala wanted to stand up for education because she knew it was important. 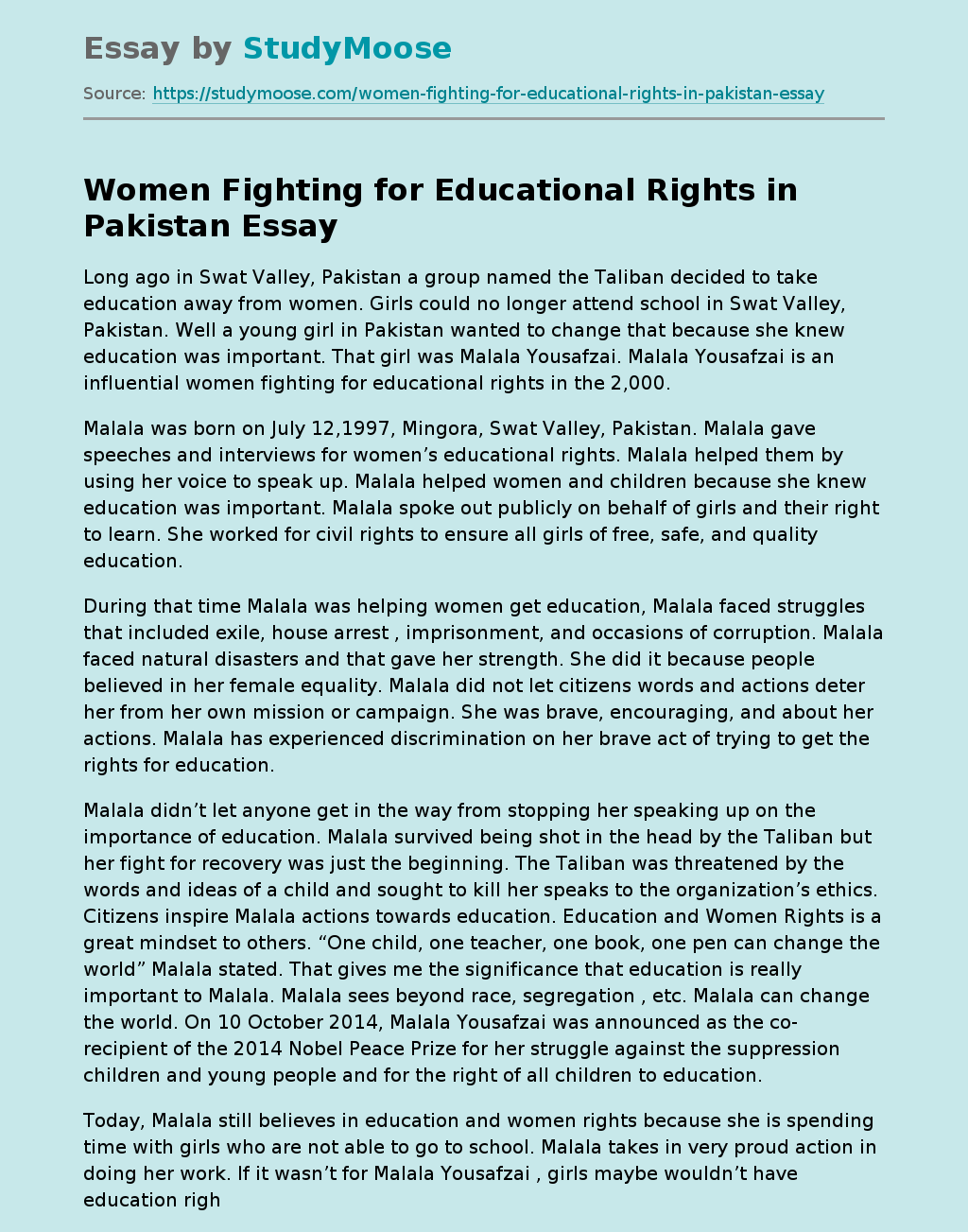