Don't use plagiarized sources. Get your custom essay on
“ Use operant conditioning principles to reduce disruptive behaviors ”
Get custom paper
NEW! smart matching with writer

On the other hand, a negative reinforcement from the environment for the individual’s response is more likely to reduce the performance of such a response in the future. However, negative reinforcements may not always be likely to reduce the performance of undesired behavior in the future. This may be because of the presence of certain instinctive emotions and inner feelings that may result in the individual continuing to perform the undesired behavior.

He should use the negative reinforcements (to suppress the undesired behavior) and at the same time demonstrate positive reinforcements for even the slightest positive behavior demonstrated by the students. Specifically, Mr. Byrne would have to punish the students through several means such as giving them imposition, extra-home work, making the issue known to others in the class, informing the parents, physical work, etc, so that they are able to identify that the difference between the treatment students having good behavior and those having disruptive behavior are receiving.

At the same time, for even a small amount of positive behavior from the students, Mr. Byrne should provide positive reinforcement. Some of the means include giving a good word, informing other students about the improvements made, informing the parents and the higher authorities, etc. All these actions would encourage the student further to reduce the disruptive behavior. Operant behavior could be utilized to modify behavior of children belonging to any age group.It could work effectively in a classroom setting, as children are more likely to learn compared to adults. 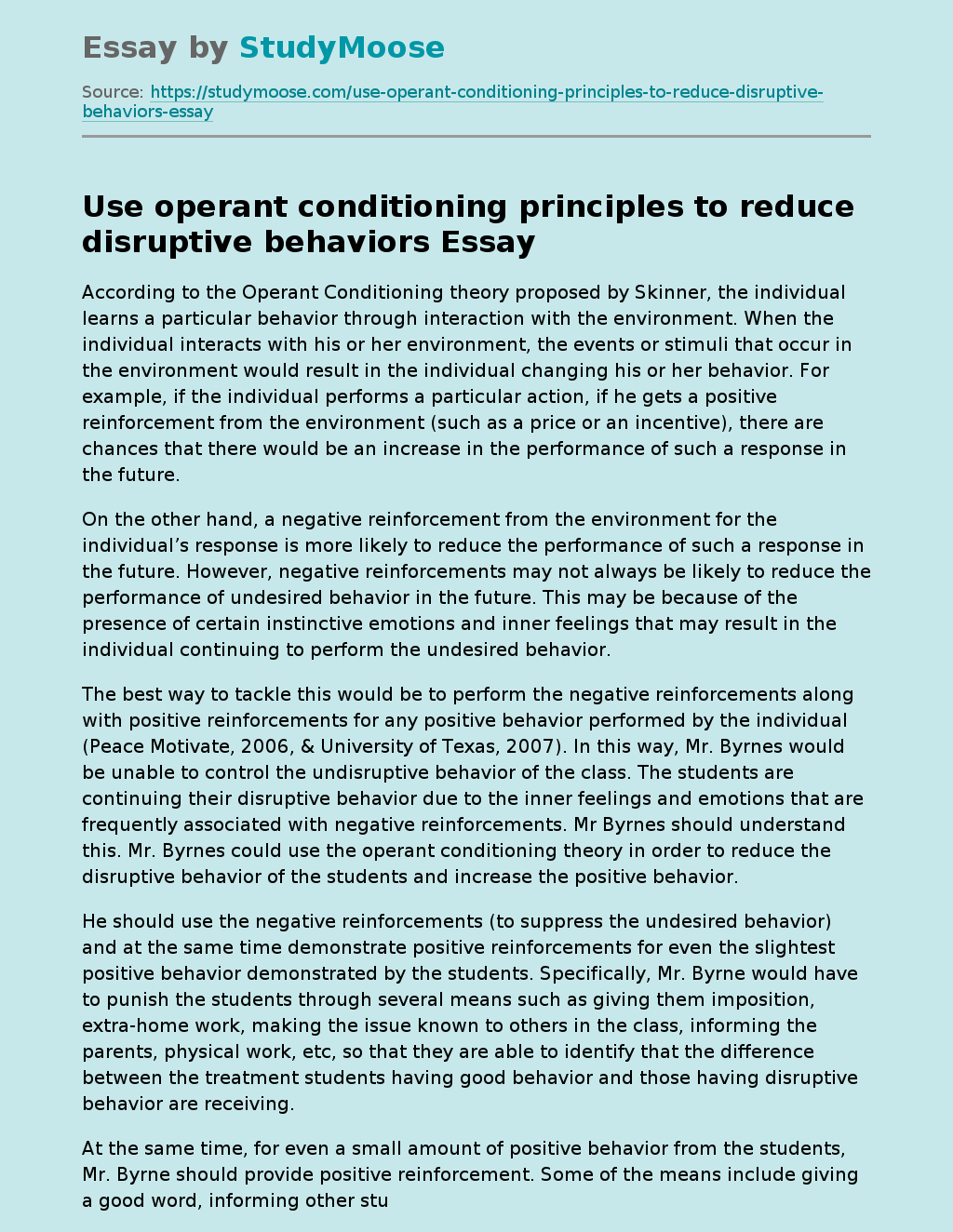