Don't use plagiarized sources. Get your custom essay on
“ The United States Constitution ”
Get custom paper
NEW! smart matching with writer

They felt the Constitution would lead to a centralized power in the national government, a republic that was too large, a corrupt senate and judiciary, unlimited taxation, and an aristocracy (Williams 162-165). I would have joined Alexander Hamilton, James Madison and John Jay and supported the Federalists.

Hamilton, Madison and Jay composed a series of eighty-five essays to generate support for Constitution; these essays appeared in newspapers and were gathered as a book, The Federalists.

Hamilton and Madison repeatedly wrote the Constitution protected Americans’ liberties rather that posing a threat to remove their liberties (Foner 263). Hamilton wrote in The Federalist No. 84, the majority of the citizens felt the Union was the basis of their political happiness.

Hamilton continues to state that ‘men of sense’ agree the Union cannot be preserved under the present governmental system; new and extensive powers need to be given to a national head which requires a different organization of the federal government as a single body is unsafe (Hamilton).

US Constitution opens with the words, “We the People. ” The Constitution was structured to prevent the abuses of authority. Our government is based on the will of the people and yet humans are susceptible to corruption.

The balance of power in the structure of our government provides checks and balances, with no one person having exclusive control of decisions and actions affecting the country. The Bill of Rights were not in our original document. Hamilton wrote the inclusion of a Bill of Rights would be dangerous as it would claim exceptions to powers that were not delegated and may result in the Federal Government to claim more power than was granted by the Constitution (Hamilton). In The Federalist No. 85, Hamilton states amendments to the Constitution can be made later and would require approval of the majority of the states (Hamilton, The Federalist No. 5). The Bill of Rights is an evolving document which has been amended as our country changes and evolves. The Bill of Rights protects us (the people), from our government. We are guaranteed basic rights in regard to freedom of speech, religion, assembly, bearing arms, due process, fair trial and much more. I would not chose to live in a society where I was not guaranteed these rights. There are examples world wide of societies where the basic human rights are not protected or respected. We are privileged to live in this country and enjoy the protection of the Bill of Rights, regardless of our status in society, race or religious affiliation.

Our government is not perfect as it is created by man; however our founding fathers put into place the checks and balances to try and ensure a fair government. Today’s government may have too much control in some areas such as enacting laws which are associated with religious based beliefs such as decisions regarding gay marriages and abortion. I believe some areas should be deferred to the individual and their personal beliefs on such personal decisions. After all, our country’s origins were based on seeking freedom from governmental control and for religious freedom. 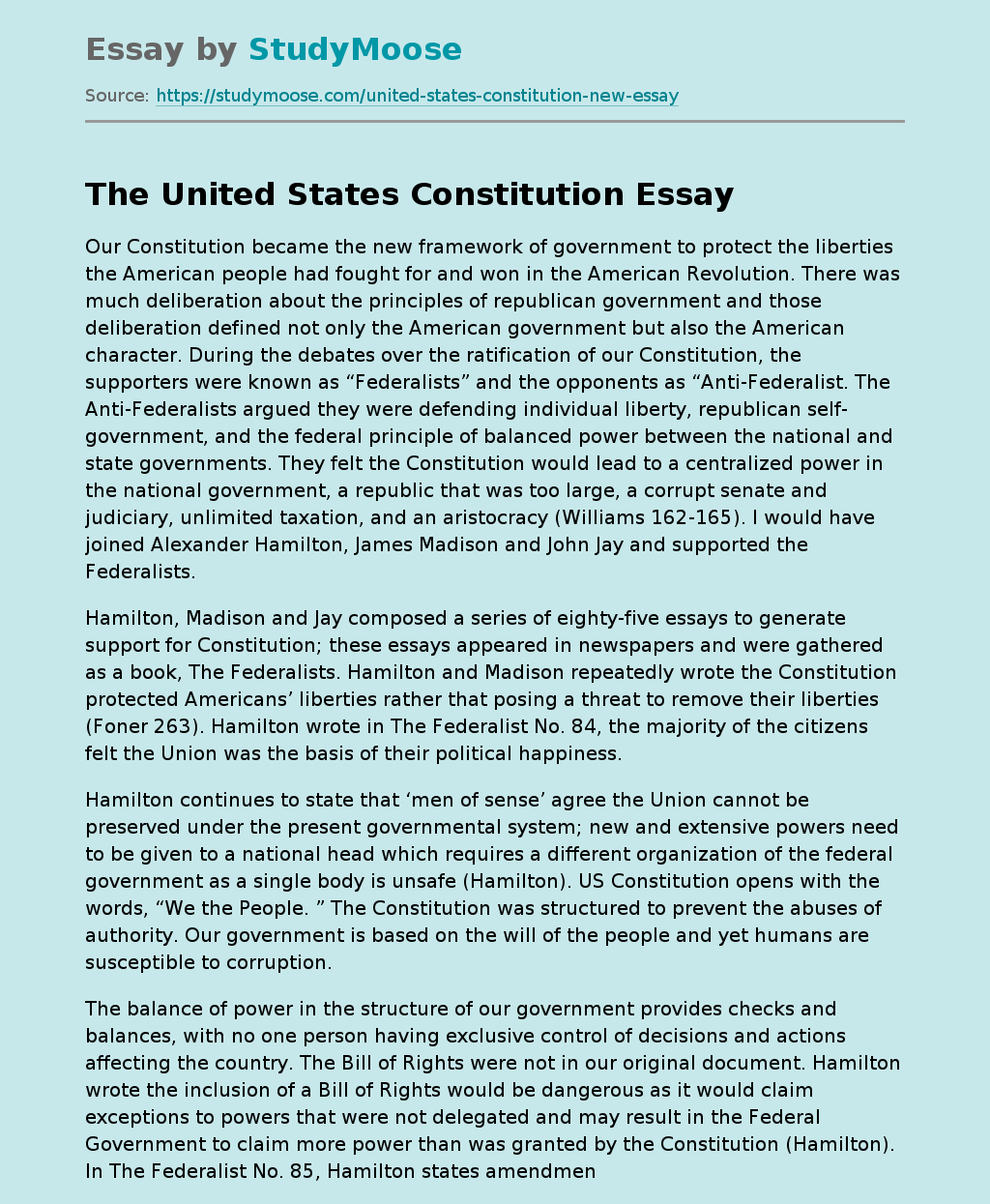