Facts: Tyler Chase Harper, a high school sophomore, was sent to the principal’s office for violating the dress code. He was wearing a T-shirt which contained statements that disparaged the homosexual community. Chase filed suit in federal court claiming that the school violated his First Amendment rights to freedom of speech and religion, as well as rights protected by the Equal Protection and Due Process Clauses under the federal Constitution and the California Civil Code.

Chase asked the court for a preliminary injunction and the school asked to dismiss the case.

Both were denied. The Court dismissed all of Chase’s claims except the First Amendment claims because of the school‘s qualified immunity. Chase appealed the preliminary injunction decision to the U.S. Court of Appeals for the Ninth Circuit. Issue:

Whether forbidding a student in a public high school to wear a derogatory T-shirt violates his or her First Amendment rights to freedom of speech and religion. Holding: No Reasoning:

In this case, Chase’s t-shirt impinges on homosexual classmates right to a education without being psychological or emotionally harassed by other students.

As a result, Chase would not receive a preliminary injunction for freedom of speech because it is highly unlikely that that claim will have merit in district court.

The establishment clause doesn’t apply because the banning of the t-shirt was not religiously motivated. 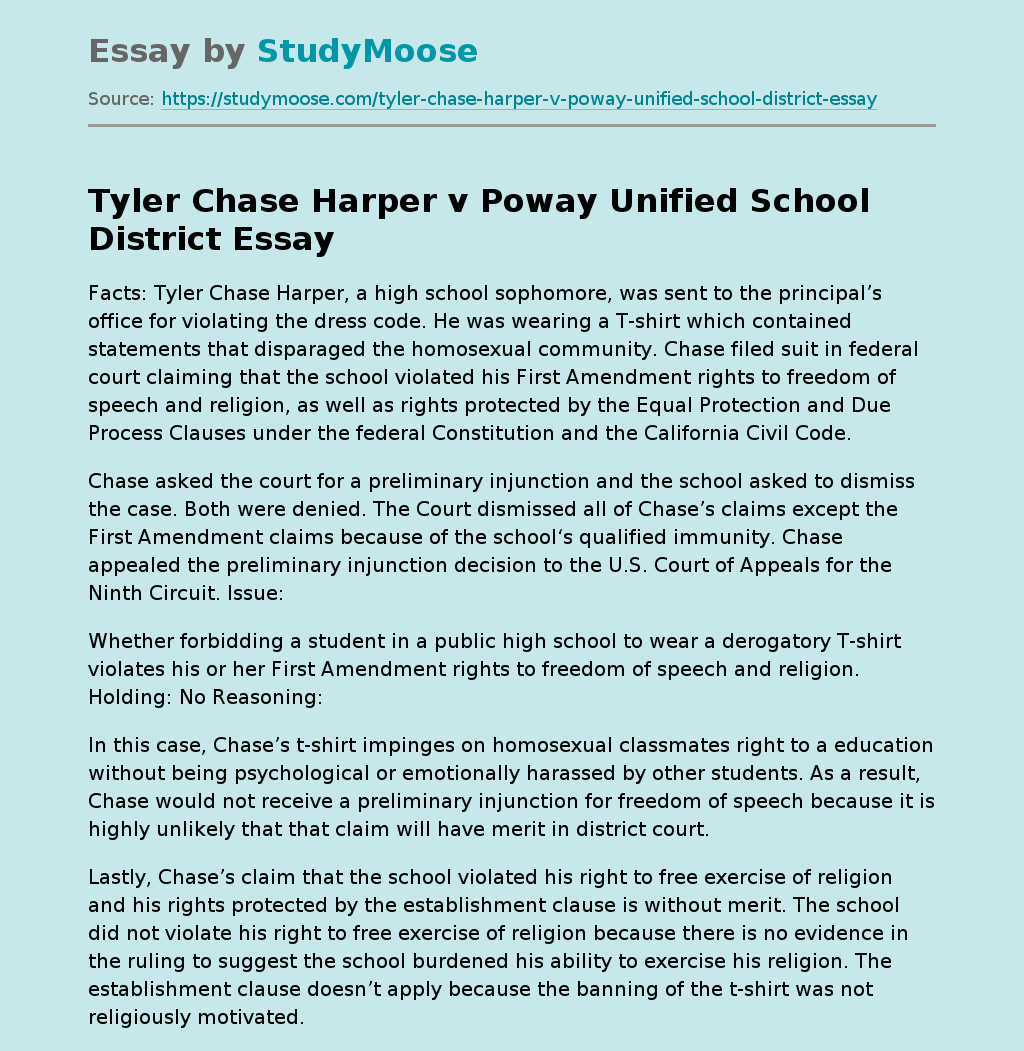