In the short story “Red Velvet Dress” by Naomi Shihab Nye, Lena is a girl with a father who is Arab. This story really made me think about what it would be like to just be sitting at home when someone comes up to me and asks me questions about my family. I think that it would make me feel quite uncomfortable, such as it made Lena in the story. Although I have never been asked if there was a “Japanese” in my house or an “Irish”.

Don't use plagiarized sources. Get your custom essay on
“ Reflection on Red Velvet Dress ”
Get custom paper
NEW! smart matching with writer

This story made me think of a time that my mother picked up the phone and a total stranger started talking in Japanese to her. Everyone in my family was freaked out that someone who didn’t ever knew us would know that huge detail about my mother. I would think that’s how Lena felt when those two children that she had never seen before, let alone talked to, suddenly knew this part of her and her family that some of her friends didn’t even know.

I suppose I would react the same way that Lena did, just close the door in his or her face after saying, no there is no person like that here. My favorite part of the story though is when Lena confesses to her father that she lied to those children at the door, and he forgave her.

The kindly man even said that it might be fun sometime to give the children a show if they ever came back. I think this shows a lot about his character, how he seems to be jolly, forgiving, and definitely not one to hold a grudge against someone else. Also in the way that Lena describes him, her father seems like a hard workingman, yet a man that always has time for his family, such as throwing the ball around with Lena’s little brother. Altogether, I loved this story about a girl named Lena and her family. 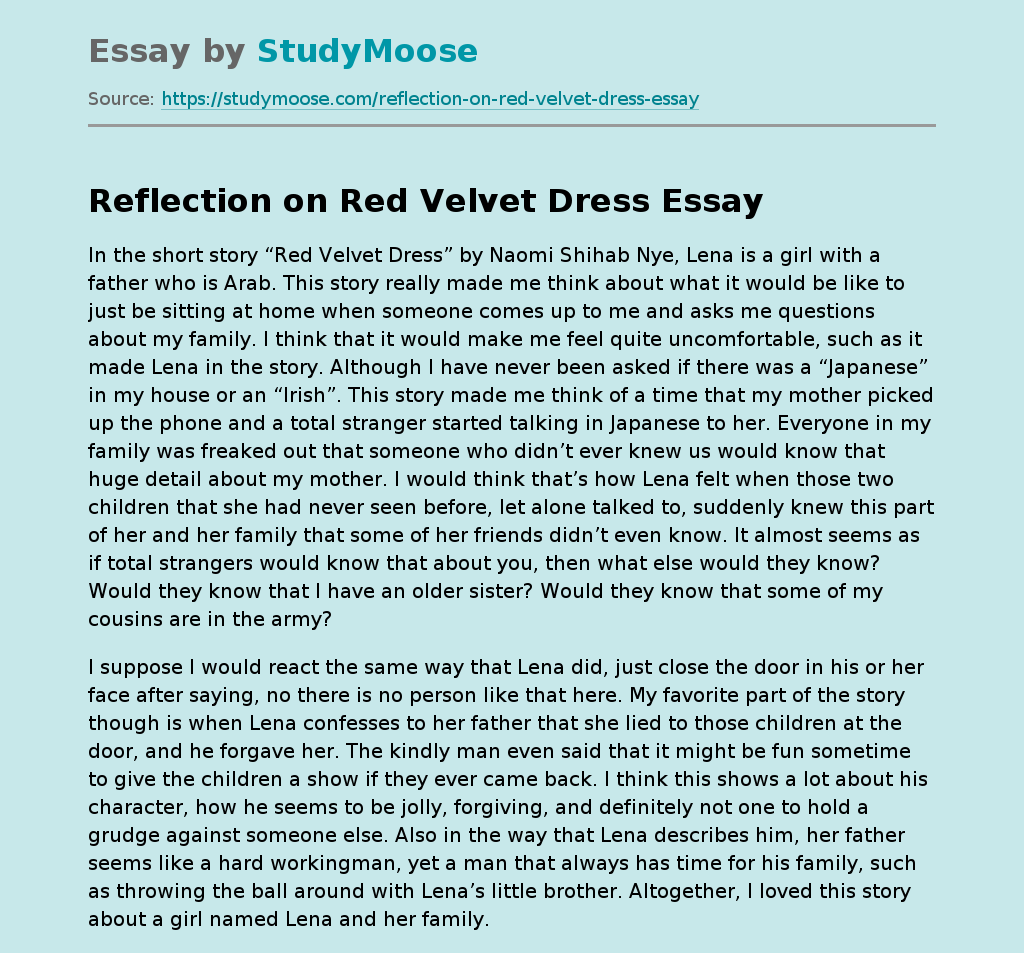