To accelerate the implementation of gender equality, equity and empowerment of women several conventions took upon themselves to address the then existing gaps. United Nations and other regional bodies like South African Development Committee (SADC) endorsed and committed themselves to integrating various resolutions and commitments into their policies and programmes of action. This paper is going to review how provisions in the Beijing declaration and platform for action (1995), Convention on elimination of all discrimination against women and United Nations Security Council resolution 1325 have helped ensure equality amongst women and men in Zimbabwe.

Don't use plagiarized sources. Get your custom essay on
“ To accelerate the implementation of gender equality equity and empowerment of women ”
Get custom paper
NEW! smart matching with writer

It will go on further to scrutinise the conventions to check on to what extent they have been implemented in Zimbabwe. Definition of termsGender inequality Gender inequality is defined as the disparity in status, power and prestige between people who identify as women and men. Hence forth it involves ranking of the sexes in such a way that women are unequal in power, resources, prestige, or presumed worth (Smith and Kendall 1998).

Gender inequality, or in other words, gender discrimination refers to unfair rights between male and female based on different gender roles which leads to unequal treatment in life (Wright & Rogers 2009). In this paper, gender inequality is understood as the discrimination of one sex by another based on sexual difference in relation to access to power, resources in a manner which is unequal.Theoretical Framework Several theories can provide a valuable framework for conceptualizing gender equality issues, the focus of this paper. These include the social role theory. The social role theory holds that gender differences occur as a consequence of two related processes: social learning and societal power relations behavior Kacmar (2011).

To accelerate the implementation of gender equality equity and empowerment of women. (2019, Aug 20). Retrieved from https://studymoose.com/to-accelerate-the-implementation-of-gender-equality-equity-and-empowerment-of-women-essay 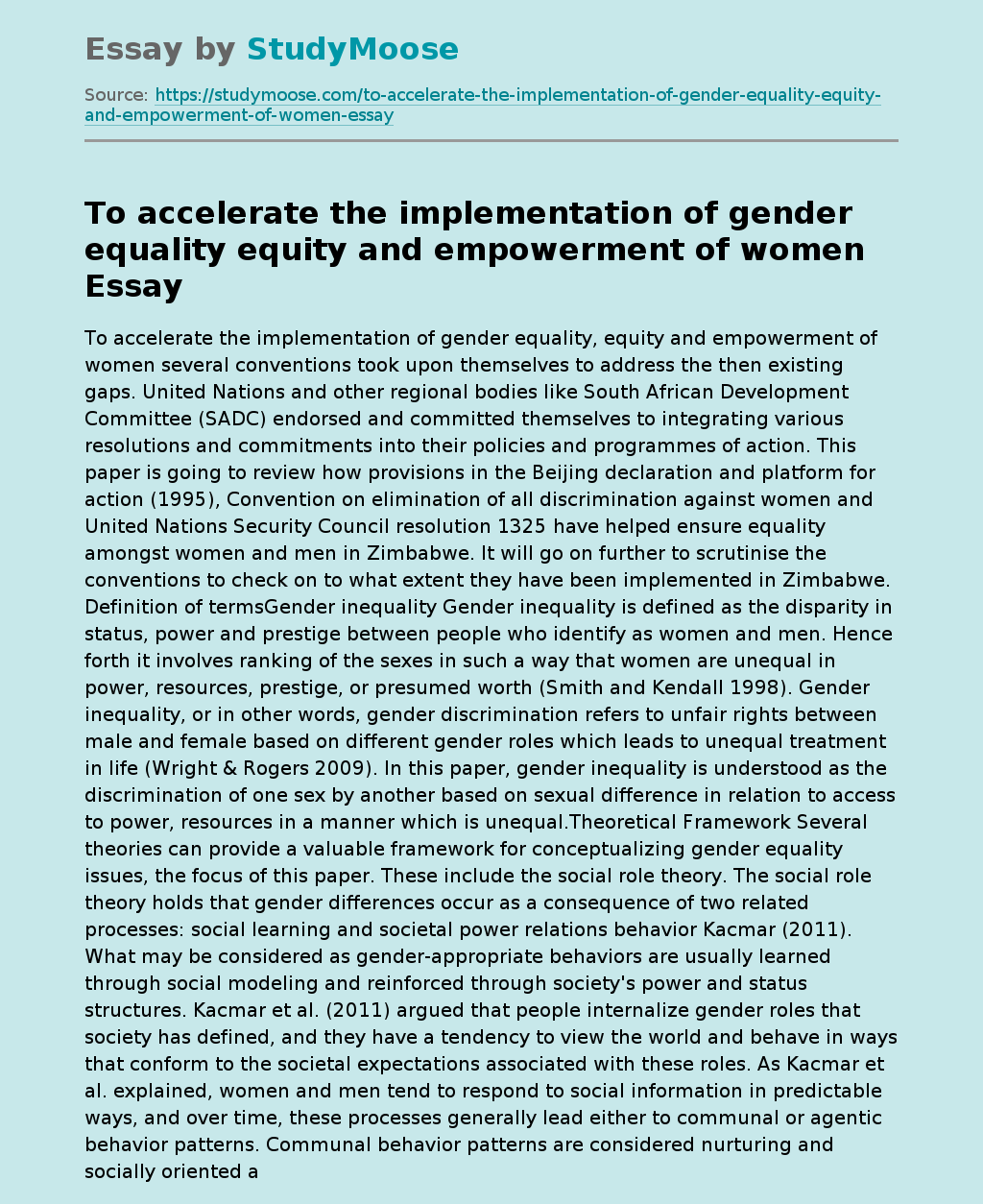