Don't use plagiarized sources. Get your custom essay on
“ The Walt Disney Company: The Entertainment King ”
Get custom paper
NEW! smart matching with writer

My analysis shows Disney benefits under a strategic structure, which focuses on financials on Disney’s various divisions, corporate synergy, managing the brand, and continuing creativity.

These strategic recommendations are the result from challenges Eisner faced. Disney’s slump towards the end of the century was accounted for deteriorating financial performance. With cost rising in the programming and producing film department Eisner concluded the company needed to cut back operations.

Acquisition of ABC proved to be Disney’s biggest problem to date. While they were seen to be ideal partners, ABC was a large enterprise with a clashing of cultures between themselves and Disney.

The synergy between the two companies allowed Disney to cut costs by merging Touchstone Television into a division of ABC, but Disney was challenged with damaging the brand. My recommendation to address the problem would be to head back to Walt Disney’s focus of teamwork, communication, and cooperation. This will allow the company to push themselves in the creativity department along with accounting for loses of key executives.

The “gong show” was a great way to start creativity, but it has been fading over the years. 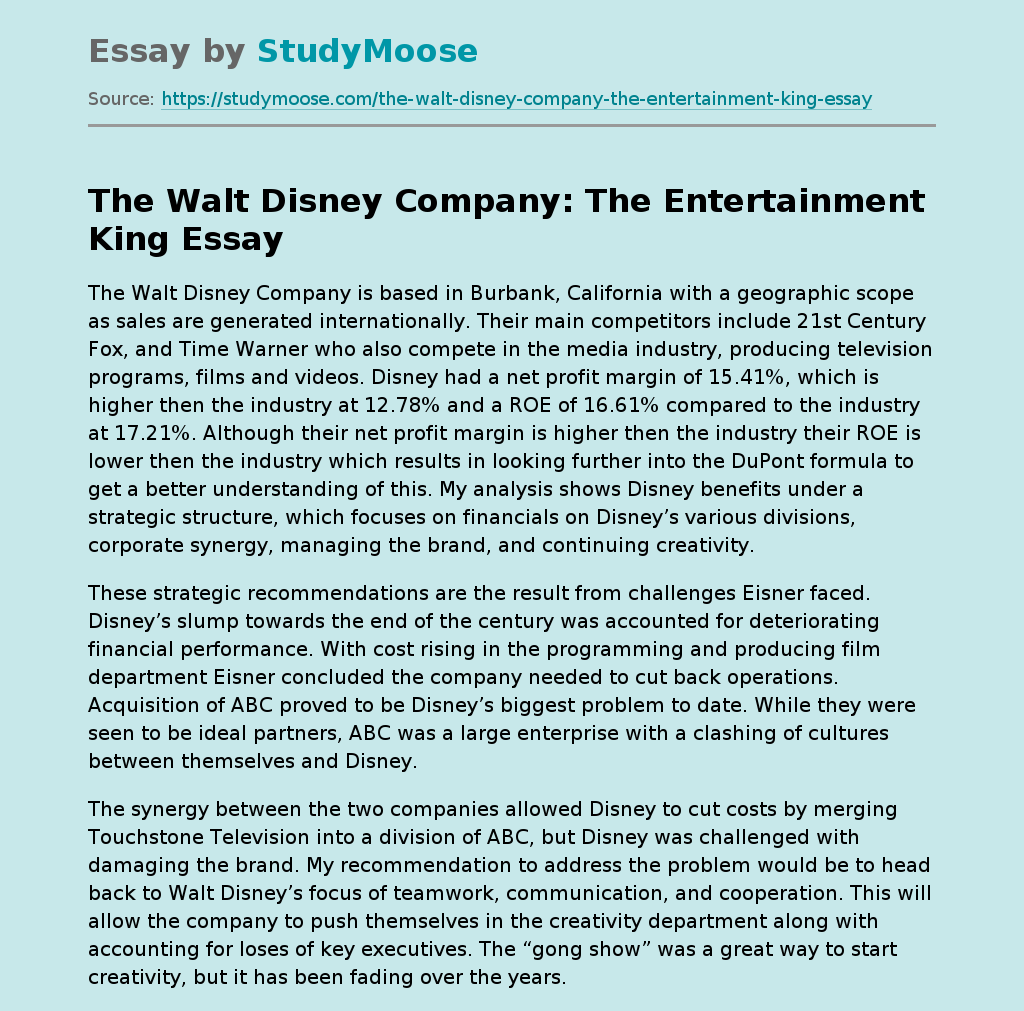