In William Shakespeare’s play, the Tempest, the main theme centers on the idea of power and how the desire for it is the basic motivation for humans. Some of the issues dealt with in The Tempest, are the desire for control, power imbalance and challenging authority. Through the construction of the characters in the play, Shakespeare portrays different levels of power and the imbalance of self-given authority within a small island society. The majority of the play portrays a relationship between a character that possesses power and one that is subject to that power.

Don't use plagiarized sources. Get your custom essay on
“ The Tempest – Character Relationships ”
Get custom paper
NEW! smart matching with writer

Prospero’s other relationship is with Ariel – the ‘airy’ spirit.

Ariel’s relationship with Prospero is quite different to that of Prospero and Caliban. Although Ariel is not quite human himself, his magical abilities give him a great deal of power over Caliban and make him an indispensable servant to Prospero. The powerful Prospero may have released Ariel from imprisonment, but he has given him a new “sentence” as his own slave. Caliban does seem much more aware of this than Ariel, even claiming that Prospero has taken advantage of this.

Ariel, although lacking human emotion, seems to crave the approval of his master as the play progresses.

Prospero’s final act of giving freedom to Ariel shows us how Prospero has changed throughout the course of the play, from a dictator-like sorcerer focused on retribution, to a forgiving father figure. The theme of freedom versus control in The Tempest is very important. There is a constant interaction between both freedom and control. All the characters have some sort of freedom, and yet they all have some sort of control over them, too. Through the exploration of the characters in the play, it can be determined that Prospero is the main instigator of both freedom and control. 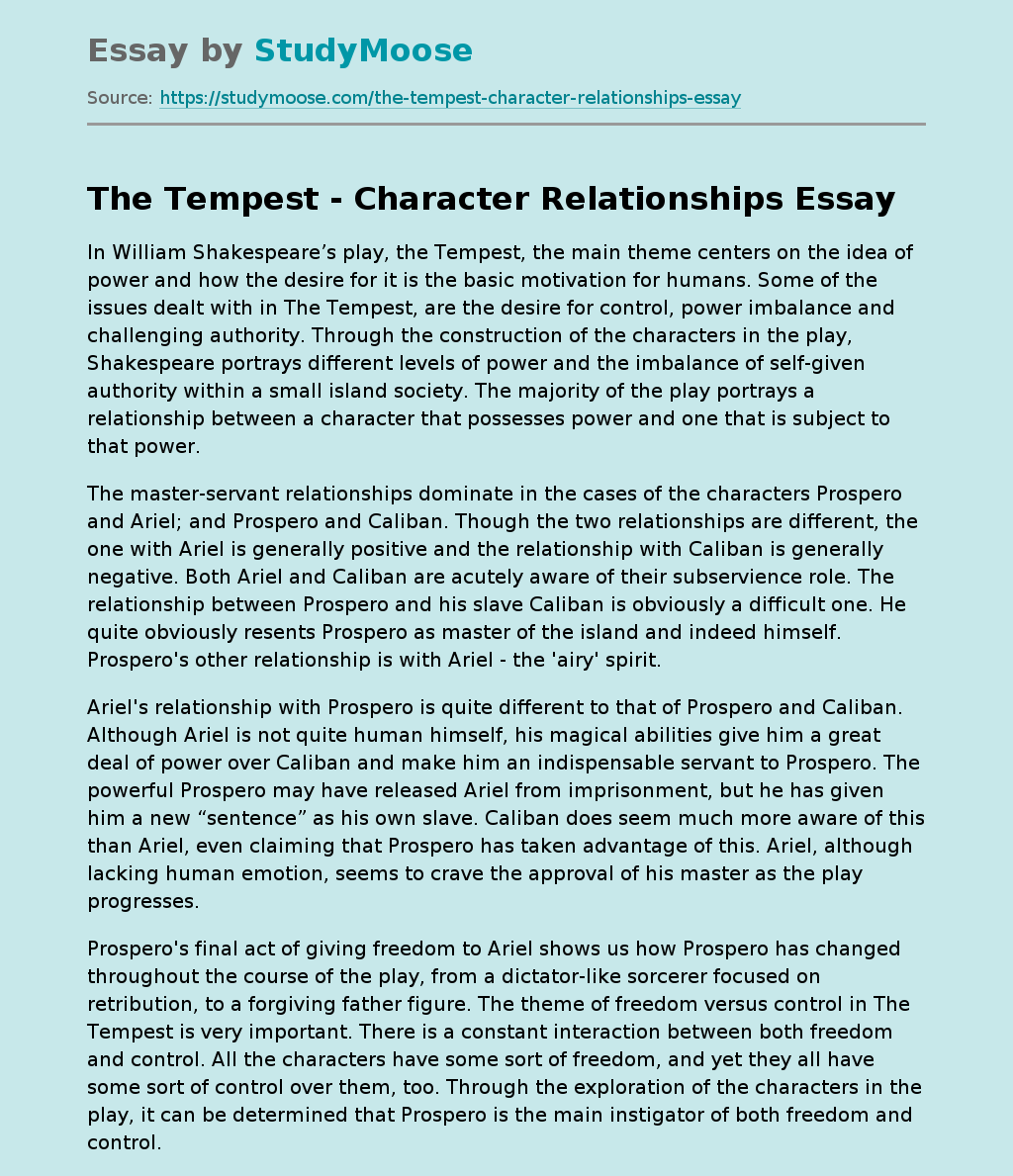