The Strongest of My Multiple Intelligences

In addition, the site says that such people think in terms of words and not in terms of pictures (LdPride, n.

Don't use plagiarized sources. Get your custom essay on
“ The Strongest of My Multiple Intelligences ”
Get custom paper
NEW! smart matching with writer

d. ). According to infed. org, people with linguistic intelligence do demonstrate sensitivity to both written and spoken languages (Smith, 2008). The site further says that such people have the ability to use language to achieve particular goals as well as to remember information (Smith, 2008). Though majority of the descriptions do fit me perfectly, some do not fit me. The infed.

org perfectly describes me since I am very sensitive to language-I never fail to notice when one makes grammatical mistakes both in writing as well as in speaking.

I also like to use language to express myself. For example when something big happens in my life, I do write down an account of it including my personal feelings and keep it. Ldpride. org also describes me perfectly especially when it says that such people have listening, writing, teaching as well as speaking skills (LdPride, n. d. ).

However, Ldpride. org does not describe me when it says that some of the skills such people possess include the ability to use humor and to remember information (LdPride, n.

The Strongest of My Multiple Intelligences. (2016, Sep 12). Retrieved from https://studymoose.com/the-strongest-of-my-multiple-intelligences-essay 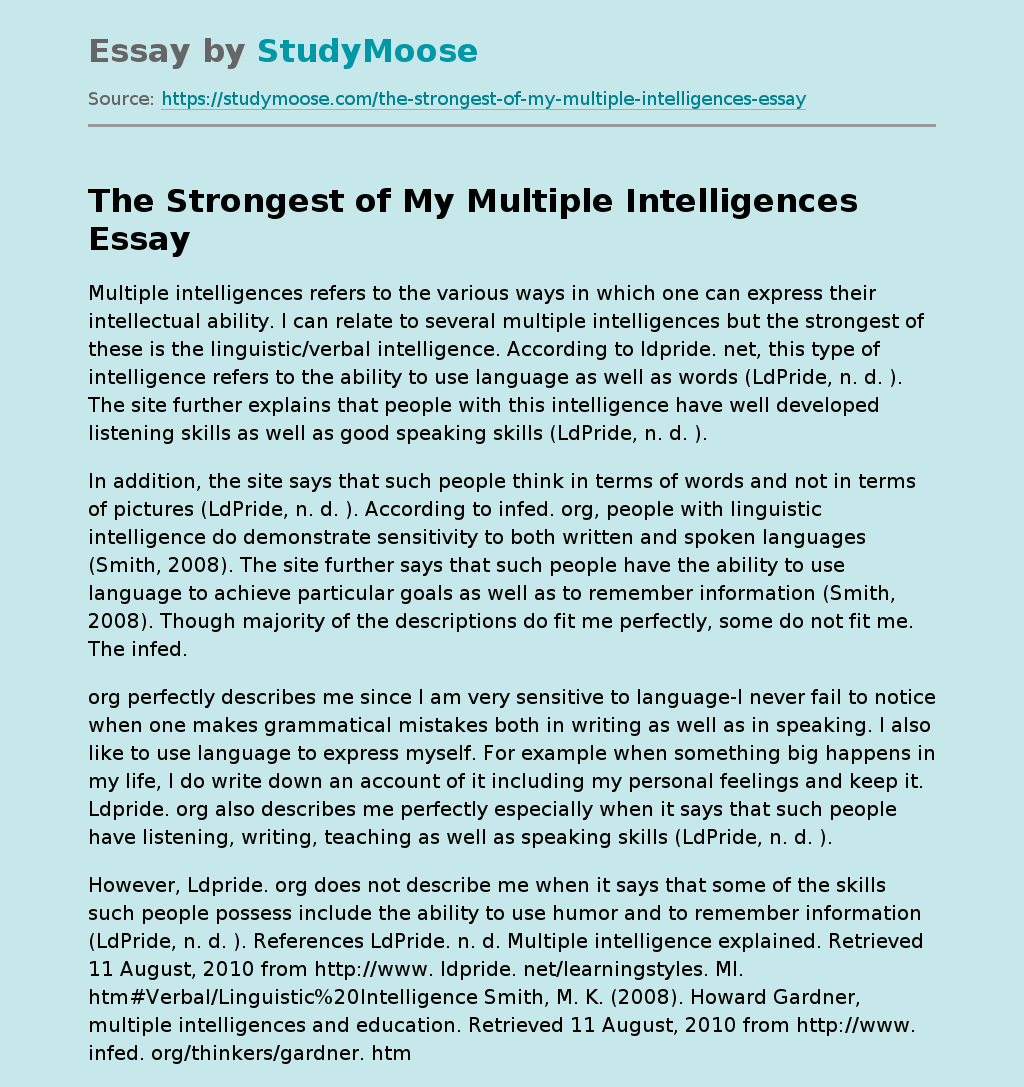