The Philippines a Century Hence Essay

Don't use plagiarized sources.
Get Your Custom Essay on The Philippines a Century Hence Just from $13,9/Page

Well , first before that, Rizal in his essay expose the several issues that concern our country. the abuses of human rights, the lack of freedom of the press and the lack of representation in the Spanish Cortes.

Well for me this are the factors that over view the predictions of Rizal in his work “The Philippines a Century Hence”. Well this is my own perception of Rizal’s work. History repeats itself, history may have repeated itself a hundred times now. But today’s battle was not the same battle our forefathers were fighting before. It is now a message with an intention of giving a warning. The colonization by the Spaniards which started four centuries ago is now parallel to the colonization of foriegn minds of our own countrymen. Let us always use our minds for thinking what will be the result of what wrong-doing things done by the Spaniards to us.

The Philippines a Century Hence. (2017, Jan 31). Retrieved from https://studymoose.com/the-philippines-a-century-hence-essay 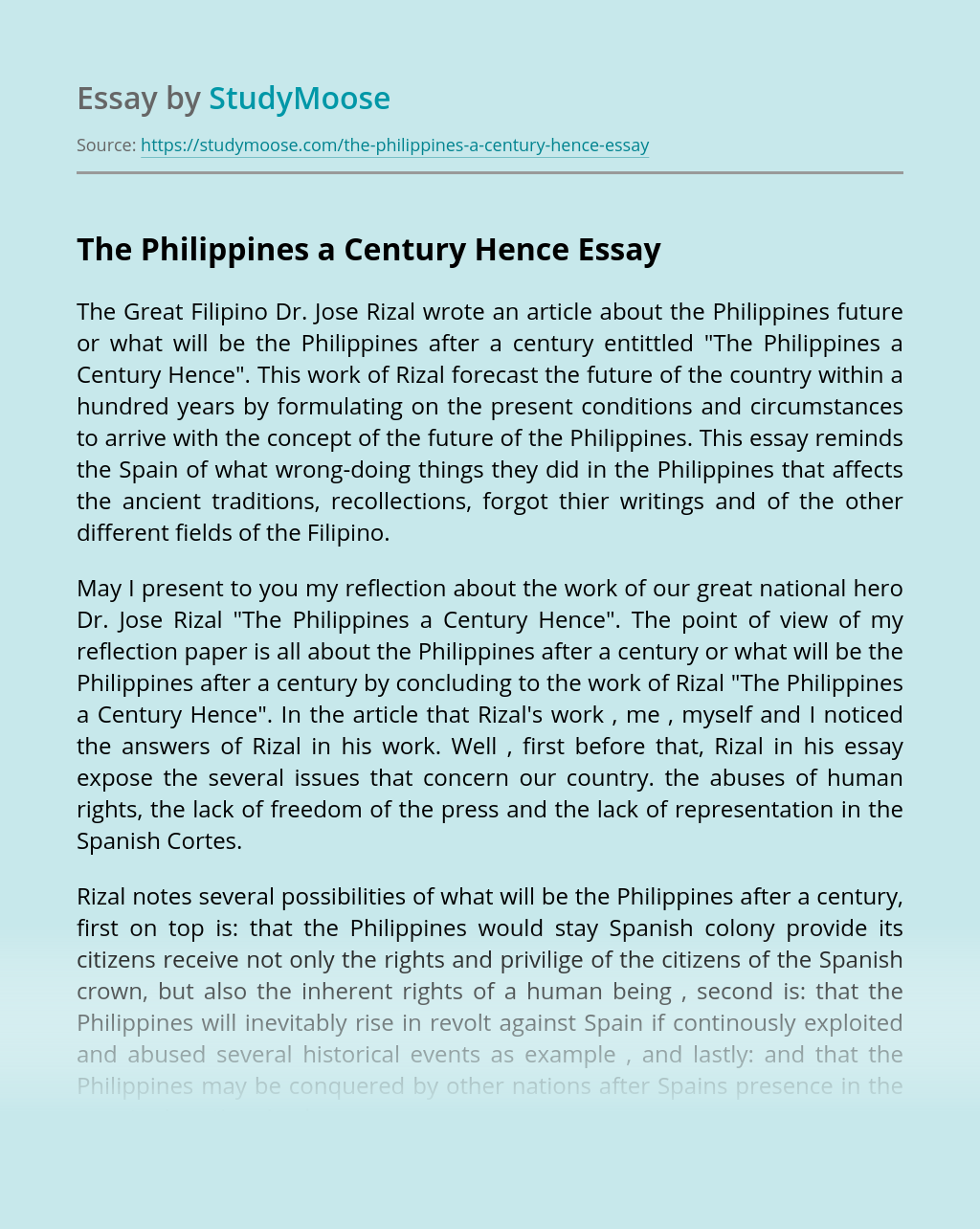