The Four Goals of Communication Process

Mary and Bertha (2010) point out that “Communication is the transmission of information and meaning from one individual or group to another.” (Page 5) The term communication means that the sender has an idea and the sender encodes the message which will be decodes by the receiver. Here is the process of communication which had been point out from the book of Mary and Bertha (2010) Sender has an idea. – The sender has information to be told to, the idea may be influence by the sender’s mood or the context of situation.

Sender encodes the ideas in a message – the sender converts the ideas into words or gestures to covey meaning. Message travels over a Channel – channels such as computers telephones or even spoken words is used to transfer the message to the receiver, but the sender must choose which way to be used as there might be an interruption in the communication process which is called noise. Receiver decodes messages – the receiver receives the message and translates it into meaning.

Feedback travels to the Sender by the Receiver – feedback is given to the sender to show that the receiver had understood the message given by the sender.

Positive words should be used
Show more than what is expected

For example, there is a salesgirl in a supermarket and she sells different kinds of juice products for example let’s say the product name is Buahvita; a famous juice brand in Indonesia, when there is one customer came by to buy the juice, the customer wants raspberry juice as she said that it is good and rich of vitamin C, while the Buahvita Company doesn’t sell raspberry juice product. To build a favorable relationship between the Brand and the customer, instead of saying, “We don’t produce raspberry juice”, it will be much better if you say, “Instead of raspberry juice, why don’t you try Kiwi Juice because it quite having a rich in vitamin C rather than raspberry and I will give you 5% discount in order for you to try.”

The Four Goals of Communication Process. (2016, Apr 16). Retrieved from http://studymoose.com/the-four-goals-of-communication-process-essay 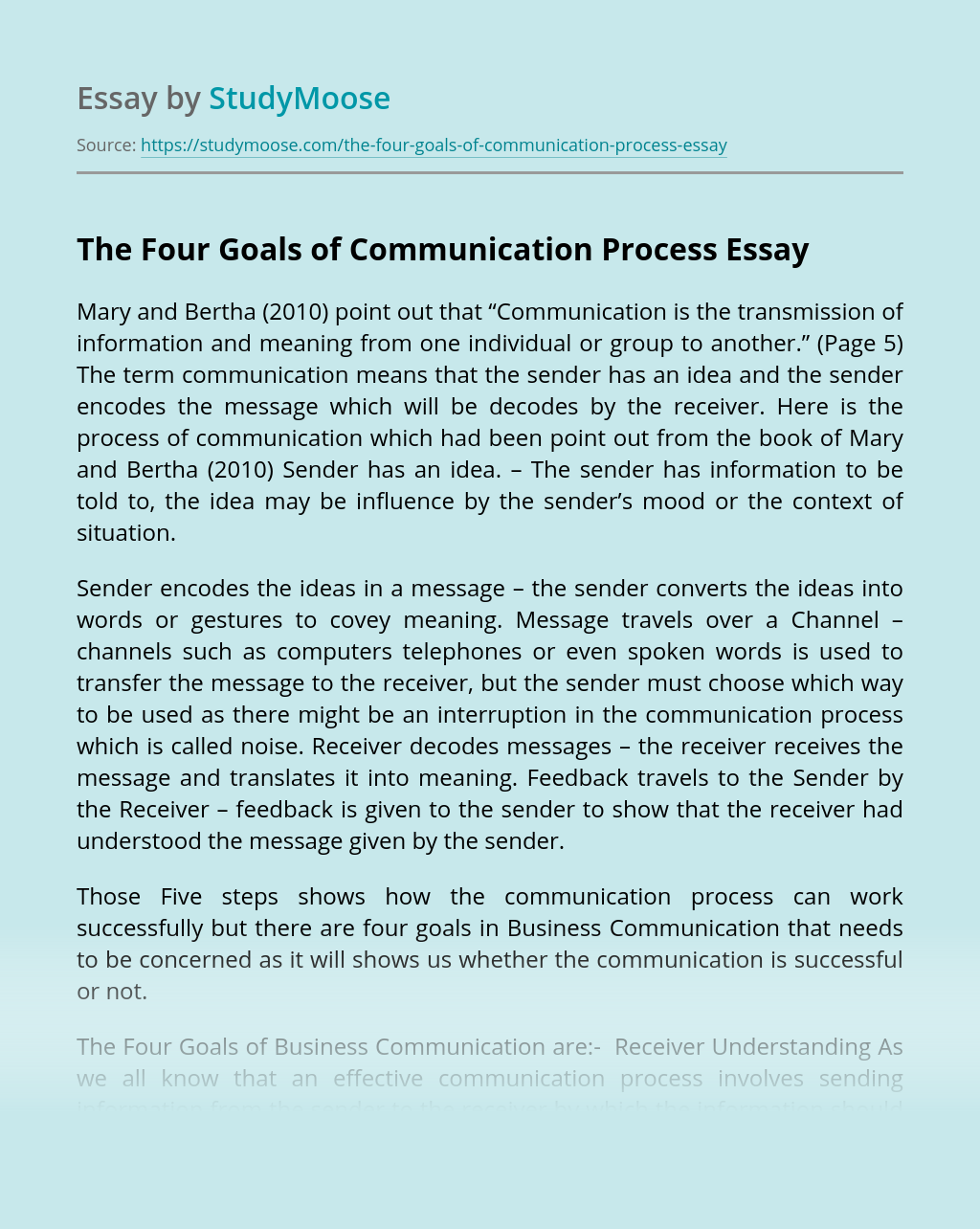 Don’t waste time
Get a verified expert to help you with The Four Goals of Communication Process
Hire verified expert
$35.80 for a 2-page paper
Stay Safe, Stay Original