The process of creating and sharing information with one another is called communication. The world is becoming a small-intersected community for the rapid changes in technology, expansion of multinational business or activities, transportation and immigration. The sustainability of global economy largely depends on the multinational business or other activities. Therefore, it is essential to communicate effectively among the people from different cultures, nations and groups. But cultural differences stand as barrier for effective communication. Informal understandings among the people, parties from different cultures make the base of effective communication.

Don't use plagiarized sources. Get your custom essay on
“ Communication competence and Intercultural Communication ”
Get custom paper
NEW! smart matching with writer

Furthermore, in a factory there may have different people from different cultures, if they have a good interactions among them, it will also increase the overall productivity. It opens the door of innovation by teamwork. We all know that, talents are scattered to each and every corner of the world. We also know that, no big outcome is come by a single effort. Each and every radical success so far, is brought by a team work. If the team comprises of talent people from different parts of the world, it would be the best to bring a good result. But the most important issue is that, good interactions and communications among them. Intercultural communication is also important to practice team work for better result. Immigration is another important issue largely depend on intercultural communication.

People from the low income country, are selling their labour to the economically stronger county. Here, both parties are getting benefited, as the stronger country is getting low paid worker, where the workers are also getting work opportunity. But, here intercultural communication is also important. We also well concerned about the internet based business in the world. Freelancing is also an emerging issue by the grace of technology. People from one part of the world are getting their jobs done from an expert from a thousand kilometres away.

This business is certainly brings a positive some game for the both worker and provider. Modern organizations are composed of diverse people and managers from different culture s to operate multinational business. Intercultural communication also fosters the management skill and leadership skills. Intercultural communication has also importance on global political issues. People are becoming a community with the concern of every trivial political issue.

The role of social media such as, Facebook in Intercultural Communication There is a critical role of social media in intercultural communication. Facebook, twitter, MySpace are being used by billions of people across the world. They are interacting in same platform. They are becoming friend from one part of the world to another, from one culture to another culture. Moreover, any news and updates are spreading each and every part of the world just with in a second. These interactions are making a strong base of intercultural communication. As an example, people from china may have different cultural activities and festivals which are very unfamiliar to a person from Europe. But a Chinese is spreading his festivity through the facebook to t person of Europe.

Moreover, these networks are opening window of interacting informally with one another. Therese informal communication is most important for the better understanding among the people. It helps to clarify all the cultural factors and give an inner insight about a totally different culture. These social media are also helping to communicate with all forms of communication like verbal, non-verbal, written and visual as they are giving opportunity of video conversation. Therefore a strong understanding is growing up and effective intercultural communication is built.

Empathy: It also helps to increase the ability to demonstrate understanding and share emotional reactions to the situation. It creates the sense of helping each other, parallel emotions and cognitive understanding. Communication ability: It also to increase overall communication and interaction ability among the people. It also increases the flexibility, sensibility, tolerance among the people. It also makes the people to become more broad and open-minded. Interactions among different people increase the confidence in the mind and create sympathy and respect to the other cultural people as well. Therefore, this respect and make people more interactive and their competences of communication increases. People are getting motivated to work with the other cultural people more comfortably. Hence, their sense of interpersonal understanding is growing. People get concepts all informal issues of a culture and communication elements of a particular culture through intercultural communication.

People from every part of the world, like Bangladesh is observing these festivals with a great festivity. So, it is clear that one culture is influencing to another culture and new cross-cultural activities are emerging. Popular festivals are no more for a group of people, people are appreciating cultural activities from different cultures and including to their culture and new cultures are emerging. Cultures are becoming global as well. Finally, the political aspects are also being influenced by the intercultural communications.

World politicians are not only concerned about their country only; they have to think a lot about the other parts as well. It will be clear, if we see the very recent incident of Syria. The tragic incident, made an allegation across the world. This is now becoming very common scenario now. Any national incident is no more for a group of people only. It is a concern of the whole world. The world is reacting spontaneously and simultaneously. So, there are also some radical changes for intercultural communications.

The effect of various types of communication (verbal, non-verbal, written and visual) on Intercultural Communication There are different forms of communication. People communicate verbally, non-verbally, in a written way or visually. These all type of communication has impacts on interpersonal communication. Few examples will make it clear. Firstly, ‘Good Morning / evening’ are widely used in western culture. These greeting words are the part of their culture. But gradually it is growing global greetings. If we see social network page in a morning, this will be very clear. We can find lots of greetings form different cultural people of the world. What is their culture, their language do not matter actually. Even sometime words have different meaning in different languages, which may create complexity.

But gradually these complexities are overcome by the grace of globalization and effective intercultural communication. Another example regarding non-verbal communication form will make the topic clearer. Thumbs up is sign of alright in particular culture but this sign has an opposite meaning in another culture. It is used as an insulting sign in particular cultural group. So, it may be problem when two persons are communicating non-verbally. But, now frequent and massive communications among different cultural groups of people are making these issues more clear. Gradually non- verbal communications are also growing with universal meaning. 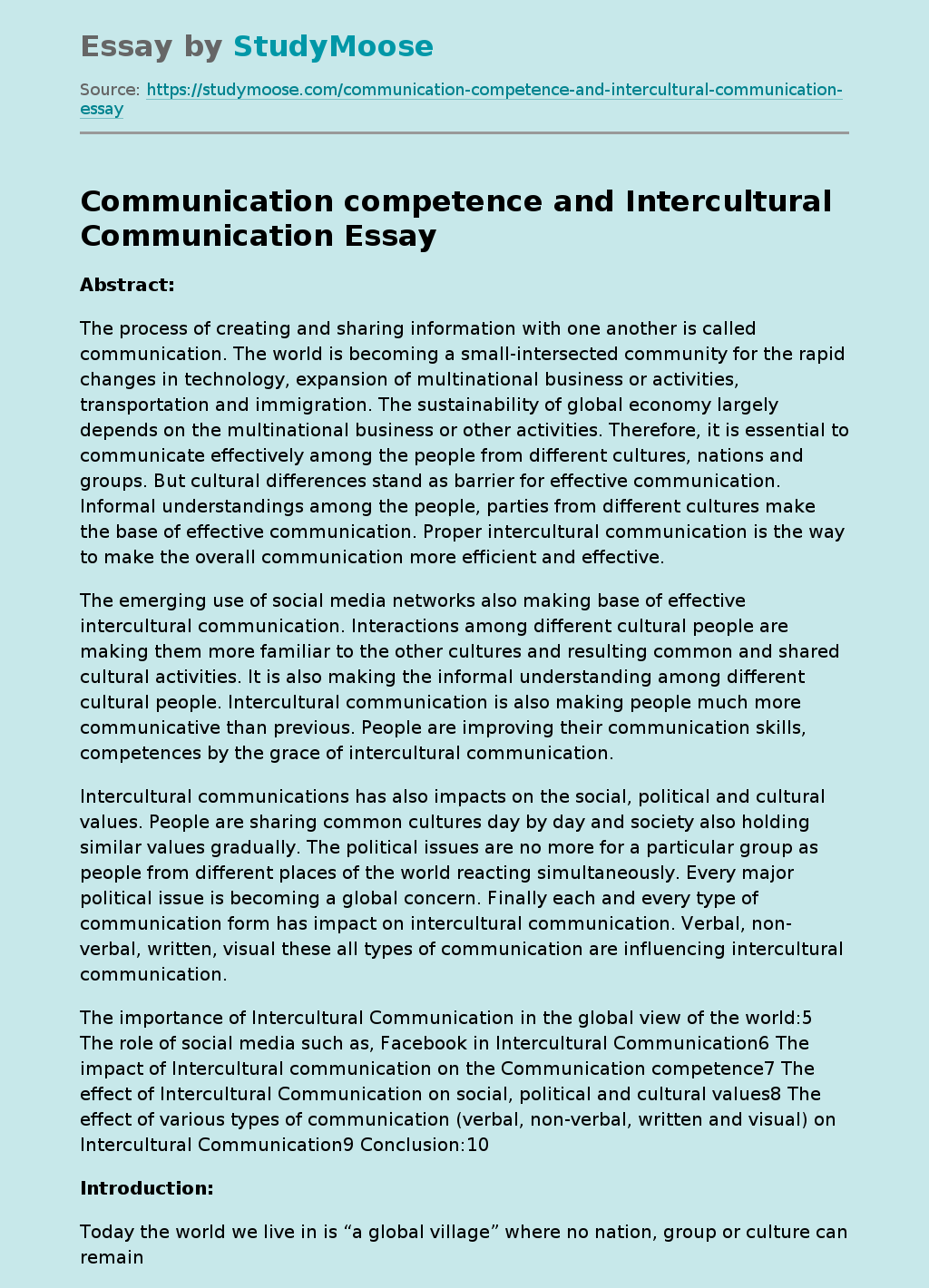