Globalization has had an effect in all aspect of our lives. However, these effects have not all been positive and it becomes important to consider both sides of the coin while trying to understand the phenomenon that is globalization. Globalization is a movement that seeks to establish more global integration especially in matters pertaining to trade and governance to increase prosperity and reduce conflicts. In this regard there was a strengthening of international institutions especially the UN and the signing of various treaties that abolishes tariffs and protectionist measures.

Don't use plagiarized sources. Get your custom essay on
“ Intercultural Communication: Globalization ”
Get custom paper
NEW! smart matching with writer

This makes trade between countries easier and makes it possible to make capital and labor mobile across countries. Therefore, globalization also affects culture due to increased interaction of foreigners and the growth of the communication sector including the internet. Most of these effects have been positive allowing societies to benefit from each other. Nonetheless, other negative impacts have been exported leading to an erosion of indigenous cultures and a spread of vices like pornography and human trafficking.

The most important aspect of globalization is the ability of companies to outsource their businesses to areas that have cheaper labor. This makes productivity cheaper since countries can set up factories in countries whereby labor is in plenty and wages are low. Furthermore, these countries have weaker laws and regulations making business easier and further reducing the cost of production. This translates to increased profits for shareholders and allows companies to survive stiff competition and bad economical times.

Moreover, these benefit these developing countries to grow and provide a livelihood to the citizens of these countries.

In addition, these countries provides new markets for companies who wants to sustain their growth in profitability and this has seen companies like Wal-mart to venture into markets like China (Martin & Nakayama, 2007). It also allows for work specialization since manufacturers can make various components of their products in different companies a classic example being computer manufacturer. These firms manufacture the various components of a computer in different countries and are finally assembled in one country.

However, business outsourcing also has its disadvantages but the positive outweigh the negative. Since colonial times, the erosion of culture in several countries across the globe has continued. Colonization saw European countries impose their social, economical and religious cultures upon the native inhabitants. However, colonization came to an end but neo colonialism continues due to globalization occasioned by growth of the communication sector and increased interaction of people of different nationalities. Television has allowed people all over the world to view program most of which are made in the West.

This together with secular music from western society has had a significant impact on other cultures. Most of these influences have been negative with many disregarding their cultures and blindly following the actions depicted on this popular media. Some countries like India has seen many youths engage in immoral behavior like premarital sex, cohabitation of unmarried youth and drug abuse, a trend associated with western values (Sundaram, 2007). This has increased the prevalence of Aids and crime due to the effects of drugs and immorality. 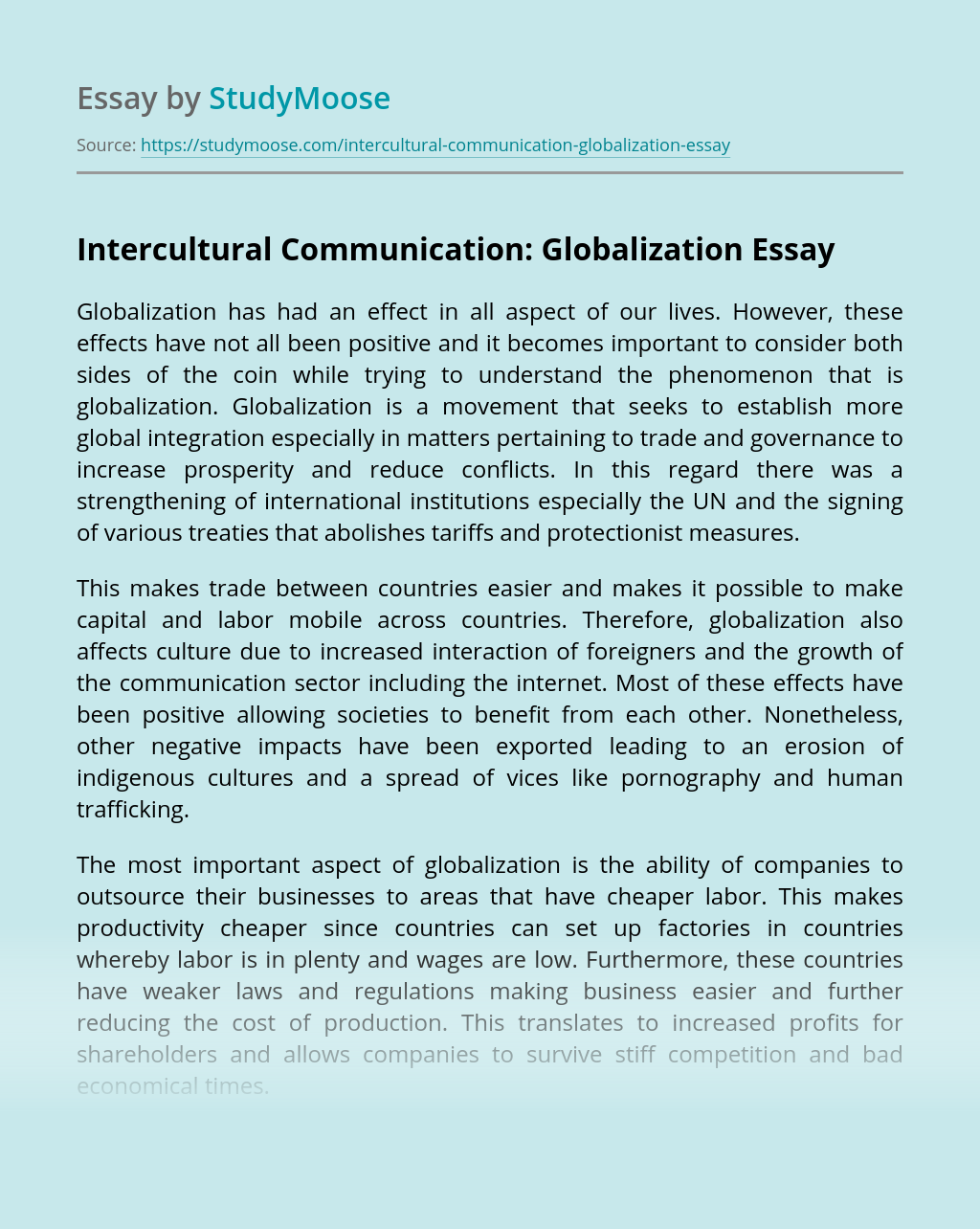