The 3D animation being created is about a house on fire. It consists of three scenes in which the house is on fire, the fire brigade is called in, and the fire is put out. In this assignment a thirty second 3D animation consisting of three scenes will be created. It will then be imported into visual studio where other enhancements will be added on to it. The overall goal of this assignment is to successfully create an entertaining video which incorporates the use of the particles and extrusion tools in Maya, in the given time limit.

Don't use plagiarized sources. Get your custom essay on
“ The fire brigade ”
Get custom paper
NEW! smart matching with writer

In this assignment a 3D animation will be created which contains three scenes. The first scene depicts the fire engines, the heroes of the story. They Drive around a bit and generally look cool. The second scene contains the building in this story which is the council building. The third scene shows the building lighting on fire. The fourth scene shows the two fire trucks driving to the building and shooting water at it.

The fifth scene shows the building with the fire extinguished and smoke coming out of it.

After this 3D animation has been created it will be rendered as three avi’s and inserted into Ulead Video studio. Text will then be added to it which will narrate the story for the viewer. The text is as follows: Identifying the Target Audience The target audience of this video would be children as it is an adventure story about fire trucks and would be most appealing to younger and less educated audiences.

As the target audience are children they would not have a very large knowledge of computers and software. Solution Specification

The aim of this website is to create a thirty second adventure film about fire trucks that is entertaining to the younger audiences. The assignment will incorporate the many enhancements that Maya and Visual Studio have to offer. The viewers likely to watch this video are children aged between three and ten. Their intelligence would be low as they are young. They would have knowledge of fire trucks and what fire trucks do so the movie would be entertaining for them. To view this video, the children would need a computer with Windows Media Player on it.

Also the viewers would need someone with a better knowledge of computers to open and play the file for them. The hardware and software that the computers the children own would need to be of a higher standard than Windows 3. 1, like Windows 95,98,2000 or XP. They would also need to have Windows Media Player installed to view this video. When completed the video will be easy to understand as Video Studio would create text for the videos. It will also be easy to open as windows media player is a very user friendly program.

It will also be entertaining for children. The overall goal of this assignment is to successfully create an entertaining video which incorporates the use of the particles and extrusion tools in Maya, in the given time limit. Maya was chosen for this task as it one of the best 3D animation creation software packages available. It is also the primary one used in the school. Maya lets the user implement the usage of particle emitters, gravity and extrusion tools, which is part of the criteria for this assignment.

The main advantages that Maya has over it’s competitors is that it is very user friendly and provides many tutorials on how to do the various functions that it has. Ulead Video Studio was chosen for this task as it is one of the best Video editors available. It is also the primary one used in the school. Ulead Video Studio lets the user add text, apply video filters, add transition effects, add audio tracks or voice overs, add video or pictures as an overlay of the original movie and export in a variety of formats including mpeg 1 and mpeg 2.

The main advantages that Ulead Video Studio has over its competitors are that it has a lot more functions and it is a lot easier to use. Microsoft Word was chose for this task as it is the primary word processor on the market. It is also the only word processor available in the school. The main aim of this assignment was to create a movie which would be entertaining for younger viewers. The movie that was created has done this although there are many flaws and improvements that need to be made. The main reason for these flaws was the lack of time to create and edit the assignment. Improvements 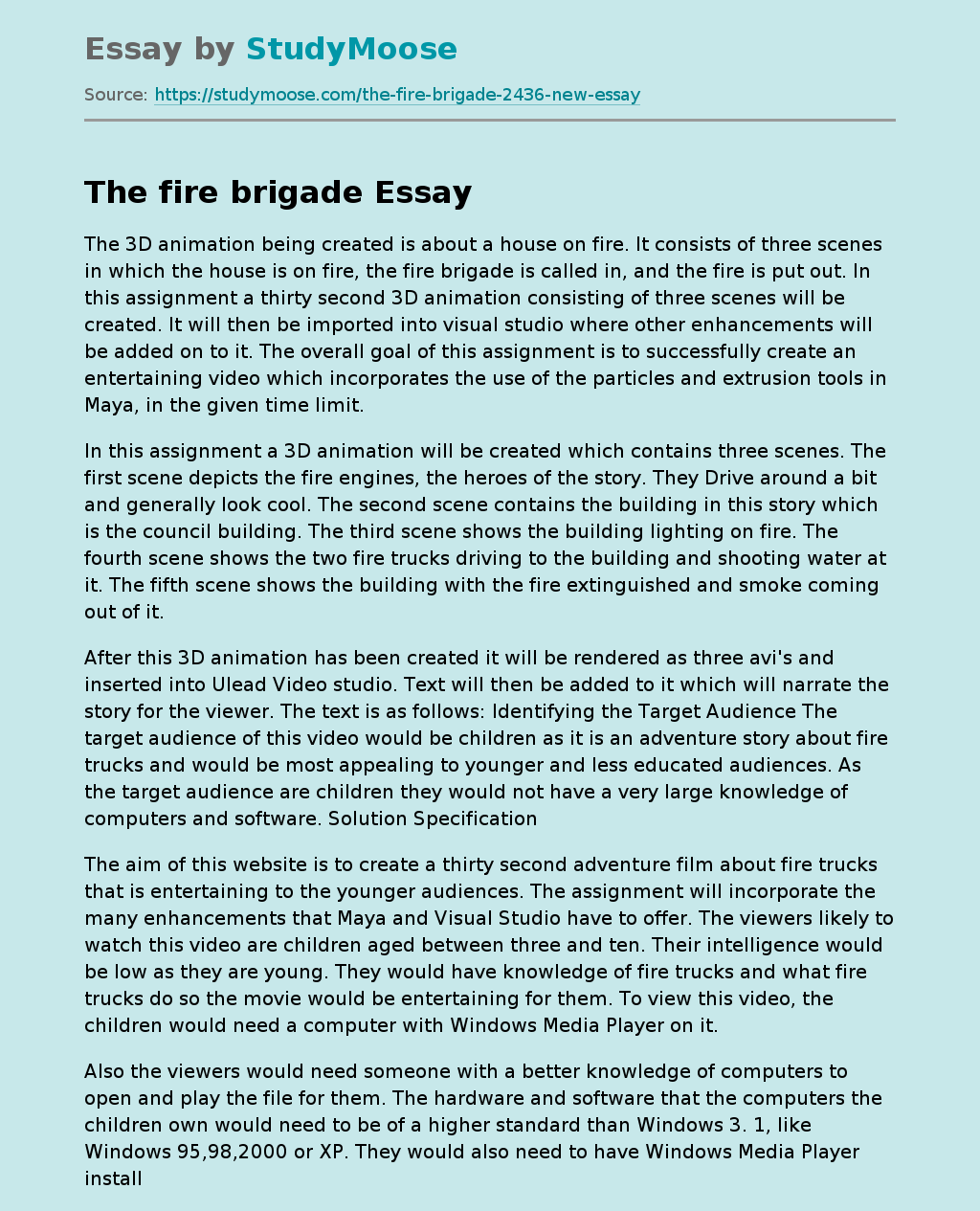