"The Adventures Of Huckleberry Finn" by Mark Twain: Huck's Personality and Dialect

This paper is in two parts: A review of the life of Mark Twain written in a dialect used by Huck. A discuss of “The Adventures Of Huckleberry Finn” and the influence of the setting on Huck’s character.

“The Adventures Of Huckleberry Finn” Part I Note: This paper is written in a dialect used by Huck. There are many spelling and grammatical errors but all are intessional (just kidding, bout (r) ). They are there to represent the dialogue of Huck.

Don't use plagiarized sources. Get your custom essay on
“ “The Adventures Of Huckleberry Finn” by Mark Twain: Huck’s Personality and Dialect ”
Get custom paper
NEW! smart matching with writer

I have edited it many times to be sure ALL the errors now in the paper are intentional! I have sat through my spell check alerting me that almost every word was spelled wrong just to eliminate unintentional errors. “You don’t know about me, without you have read a book by the name of “The Adventures of Tom Sawyer,” but that ain’t no matter. that book was made by Mr. Mark Twain, and he told the truth, mainly.

There were things which he stretched, but mainly he told the truth. That ain’ nothing. I never seen anybody but lied, one time or another, without it was Aunt Polly, or the widow, or maybr Mary. Aunt Polly-Tom’s Aunt Polly, she is-and Mary, and the Widow Douglas, is all told bout in that book-which is mostly a true book; with some, as I said before.”(Twain 1) Any way I am here to tell you something bout this man that has write all these things bout our adventures. So listen an maybe you might even learn a little something bout this man.

"The Adventures Of Huckleberry Finn" by Mark Twain: Huck's Personality and Dialect. (2020, Jun 02). Retrieved from http://studymoose.com/the-adventures-of-huckleberry-finn-by-mark-twain-hucks-personality-and-dialect-essay 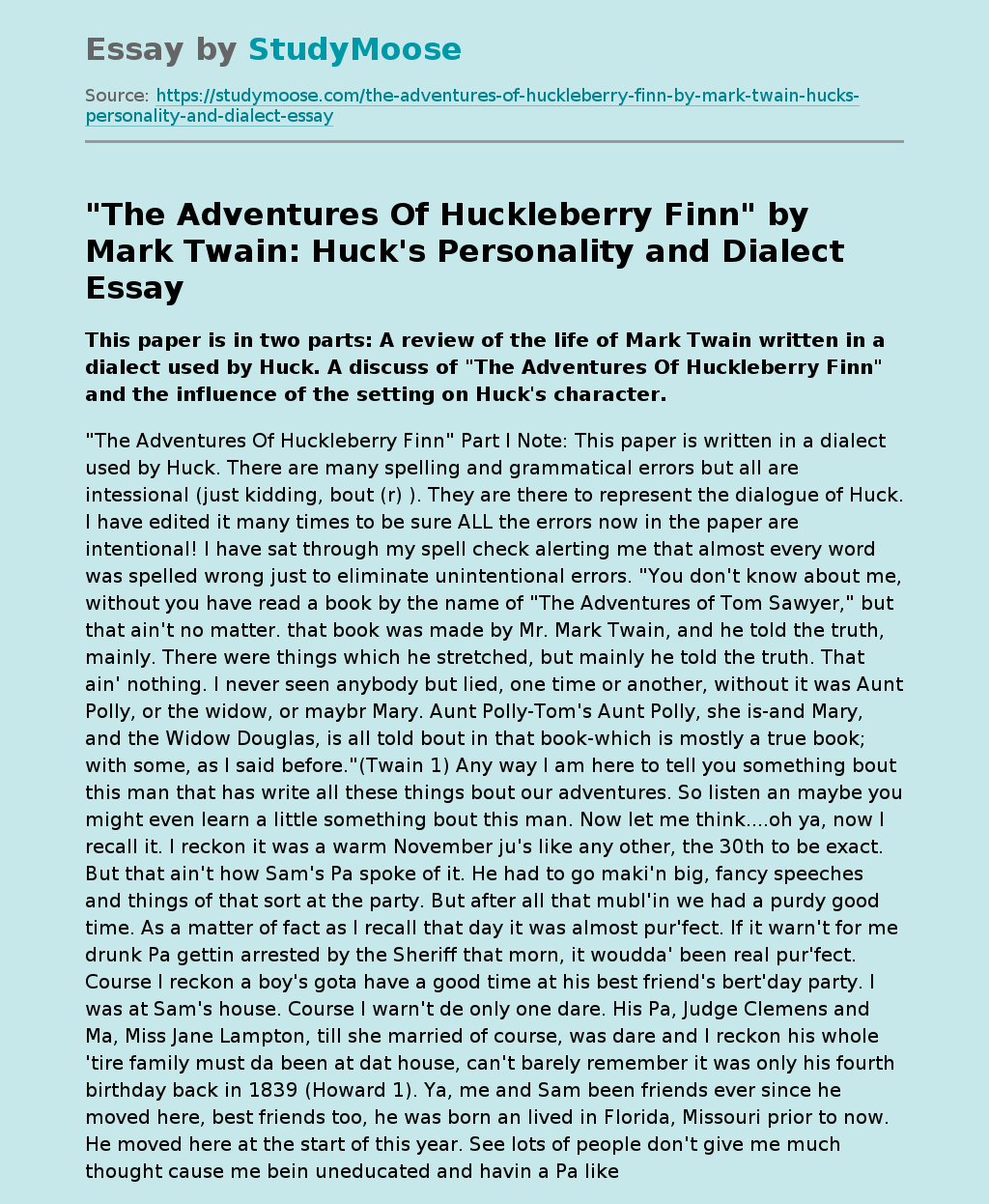