Don't use plagiarized sources.
Get Your Custom Essay on Text Questions Psychology Just from $13,9/Page

1.​ How might studying psychology help you live a fuller, happier life? Give specific examples.

Psychology can easily be used in daily life. I could use it to help with stress or improve my memory.

3.​ Contrast Sigmund Freud’s view of human nature with the view of Abraham Maslow. With which, if either, view do you agree? Abraham Maslow proposes of the Hierarchy of needs, which is a view of human which is by the emotional, psychological, physical,spiritual and social support systems. Maslow Frew created a “third choice” which went against Freud’s psychoanalysis. He said that there had to be something in between the two school of thought, and that society very well may feel the gasps that show up in the life of a person. I do agree because not everyone can agree on subject.

4. ​ Altruism refers to behavior that helps others but does not appear to help the person performing the behavior. Describe an example of altruistic behavior, and state how a psychodynamic psychologist might explain the behavior. An example of altruistic behavior is the leader of the silverback gorillas becomes angry and beats on of the females, another gorilla comes in to save the female and paid for it by being brutally beaten.This act sparec the female from being injured and likely saved the baby’s life she had with her at the time. 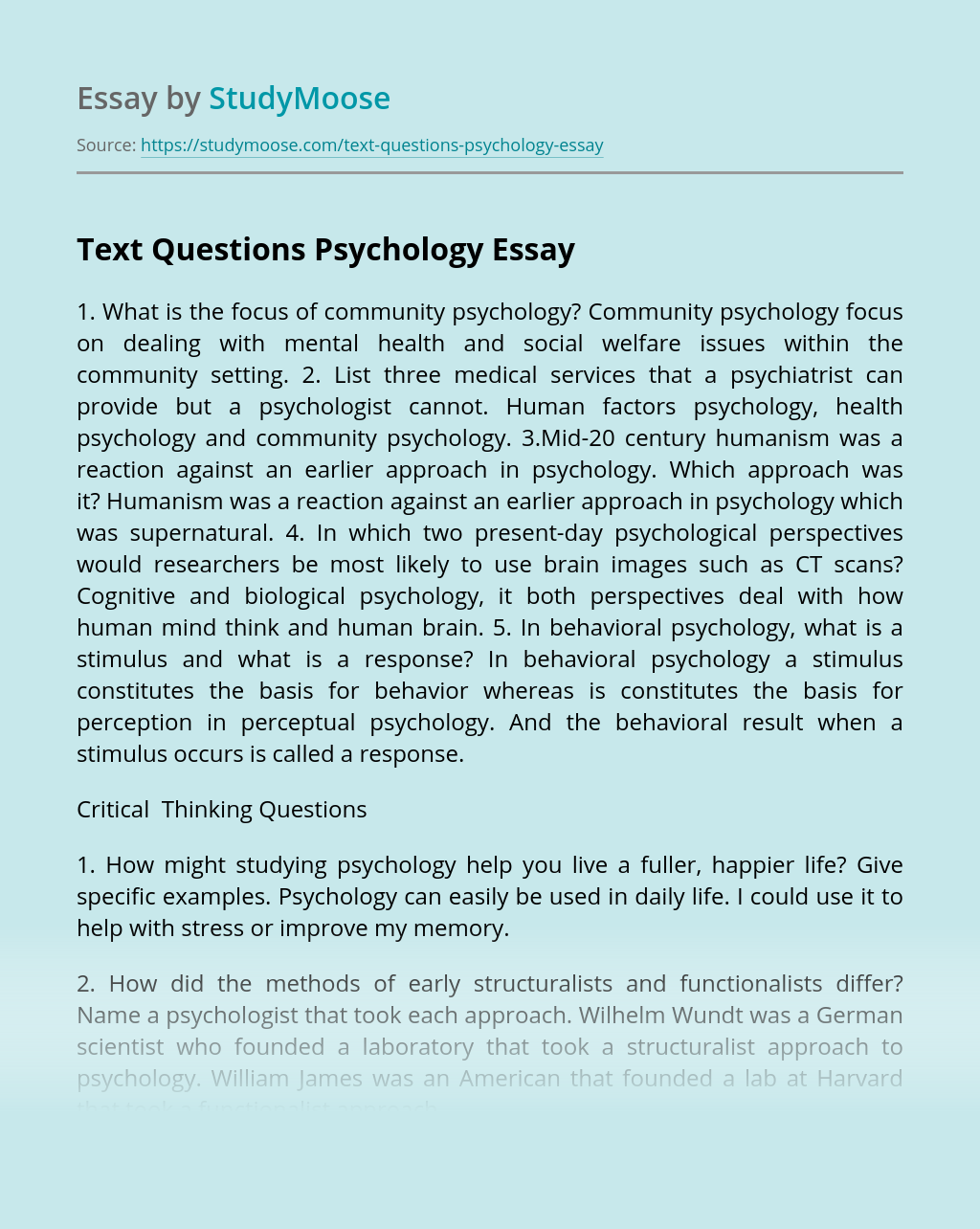 Literary Output of Filipinos are not Book Lovers

Introduction: Reading is an important study skill and an important tool for becoming a good person but Philippines is actually not a nation of book lovers unlike in Japan. In Japan, most bookshops seemed to be the most popular feature of practically every street block. Body: Reading a book is becoming an unpopular activity among... VIEW ESSAY

Tesco is one of the world’s leading international retailers. Since the company first used the trading name of Tesco, in the mid 1920s, the group has expanded into different formats, different markets and different market sectors, whereas, Nike is an international brand almost known by every man, women and child in the world. Nike was... VIEW ESSAY

For this assignment I will be evaluating the role of multi-agency working in reducing the risk of abuse to adults. Multi-agency working is the care planning process and single assessment process which encourages greater inter-agency working together, with the service user’s needs being central to the process. This is where professionals from different agencies combine... VIEW ESSAY