This paper discusses the functions of illusion and reality in Tennessee Willaims’ “A Streetcar Named Desire”.

Tennessee Willaims’ “A Streetcar Named Desire” I believe that illusion is not necessary to everyone’s life but rather it helps them to avoid the harsh realities that they may have to deal with in their lives. I also believe that a major theme of this play was how our lives can often experience a fierce battle between these illusions. In the case of “A Streetcar Named Desire” there are many examples where the characters are simply hiding in or behind illusions and where the characters may try to destroy or protect their illusions or those of others.

Don't use plagiarized sources. Get your custom essay on
“ Tennessee Willaims’ “A Streetcar Named Desire” ”
Get custom paper
NEW! smart matching with writer

The best example is found by looking to the main character. Blanche Dubois was a troubled woman who throughout the play lives her life in illusions. The story begins with Blanche going to New Orleans to stay with her sister Stella, and her husband Stanley for a while.

Here, the illusions are revealed and the battle between the illusions and the characters will begin. What initially leads to her illusions is love. When she was young, “sixteen, I made the discovery – love. All at once and much, much too completely” (1368). She met Allan Grey, the perfect man – he had “a nervousness, a softness and tenderness which wasn’t like a man’s, although he wasn’t the least bit effeminate” (1368). However, as we are eventually are shown, this illusion wouldn’t last forever. The young couple got married and, to Blanche, were falling more and more in love, when one day “coming into a room that I thought was empty” (1368), this illusion would be shattered. 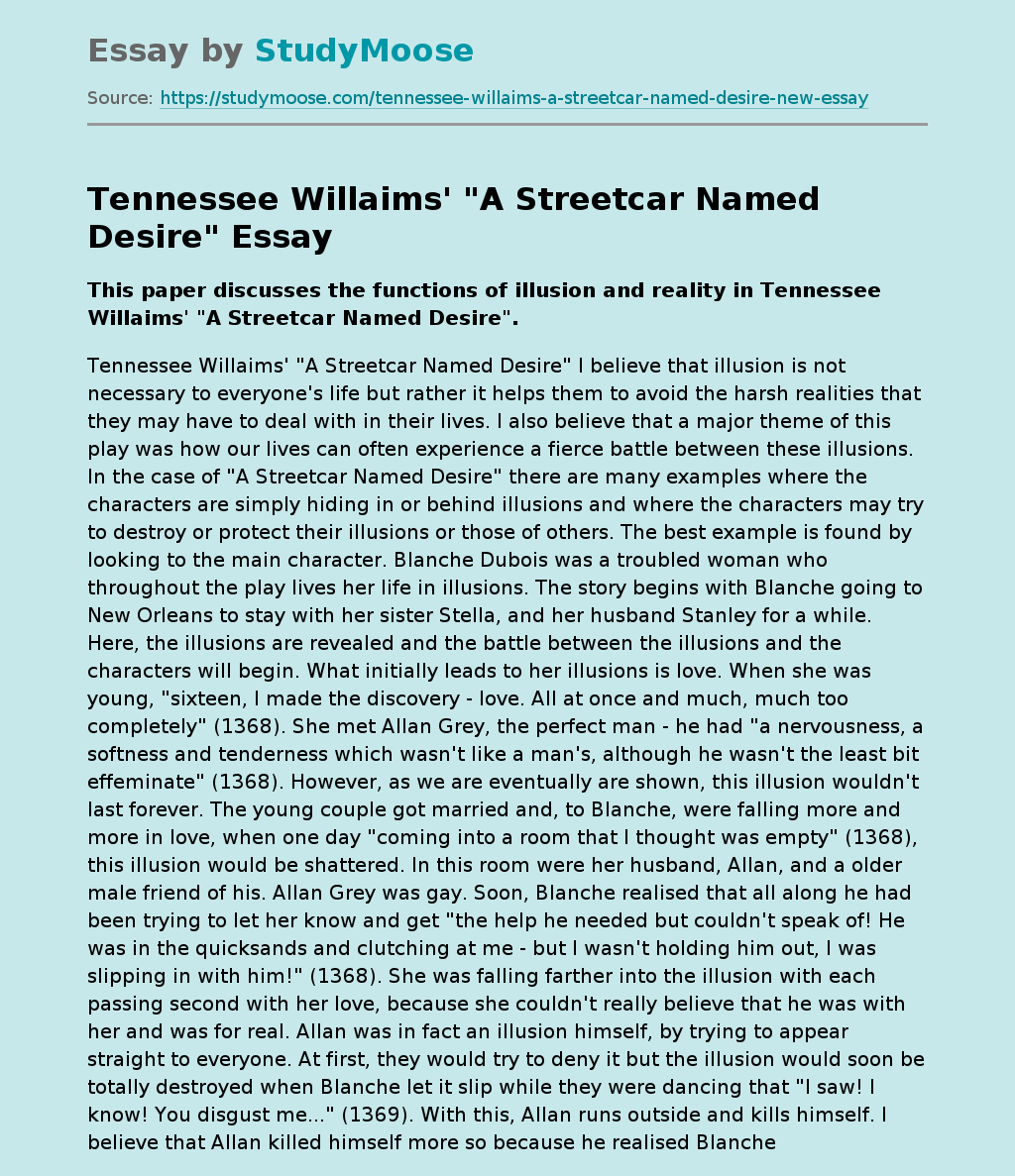