Hughes uses animals in order to explore the nature of man. Discuss with reference to a poem from the anthology.

Throughout the poems of Ted Hughes the theme of animals comes about. No more so in the poem hawk roosting. This poem explores the key aspects of human nature, both positive and negative.

The theme is arrogance and the nasty side of nature. This is unlike his other poems such as work and play, which seems to show nature is better than human life.

For example in the line “but the holiday people are laid out like wounded” of work and play. Hawk roosting has a negative perspective on nature because it uses such words as “death” and “kills and eat”. The poem is from the hawks perspective which allows the reader to empathises and relate to the hawk, for example it says “I sit top of the wood”. The use of the 1st person gives the reader the impression that the hawk may be arrogant, and in many ways possess the same qualities as a dictator e.

“Earth’s face upward for my inspection” The use of the word my means he thinks he is above the world, in both ways. The hawk seems omnipotent and it shows arrogance. The hawk was a sign of Nazi Germany and with Ted Hughes born during world war 2, may be the reason he wants the hawk to be a item of arrogance and have the same traits as a dictator. The idea that if the reader were to replace the hawk, with a person, it would make little difference to the theme of the poem This shows that Ted is trying to say as in so many of his poems “harvest moon” “work and play” That both man and natures are closely inter-wound, and that animals and man alike can show the same mental and physical traits.

The language used in the poem seems to show a lot of arrogance from bird to the rest of nature. It is set in the 1st person to show that the bird seems to be the only important thing in the woods, and everything else, including the world is benith him for example the line “ 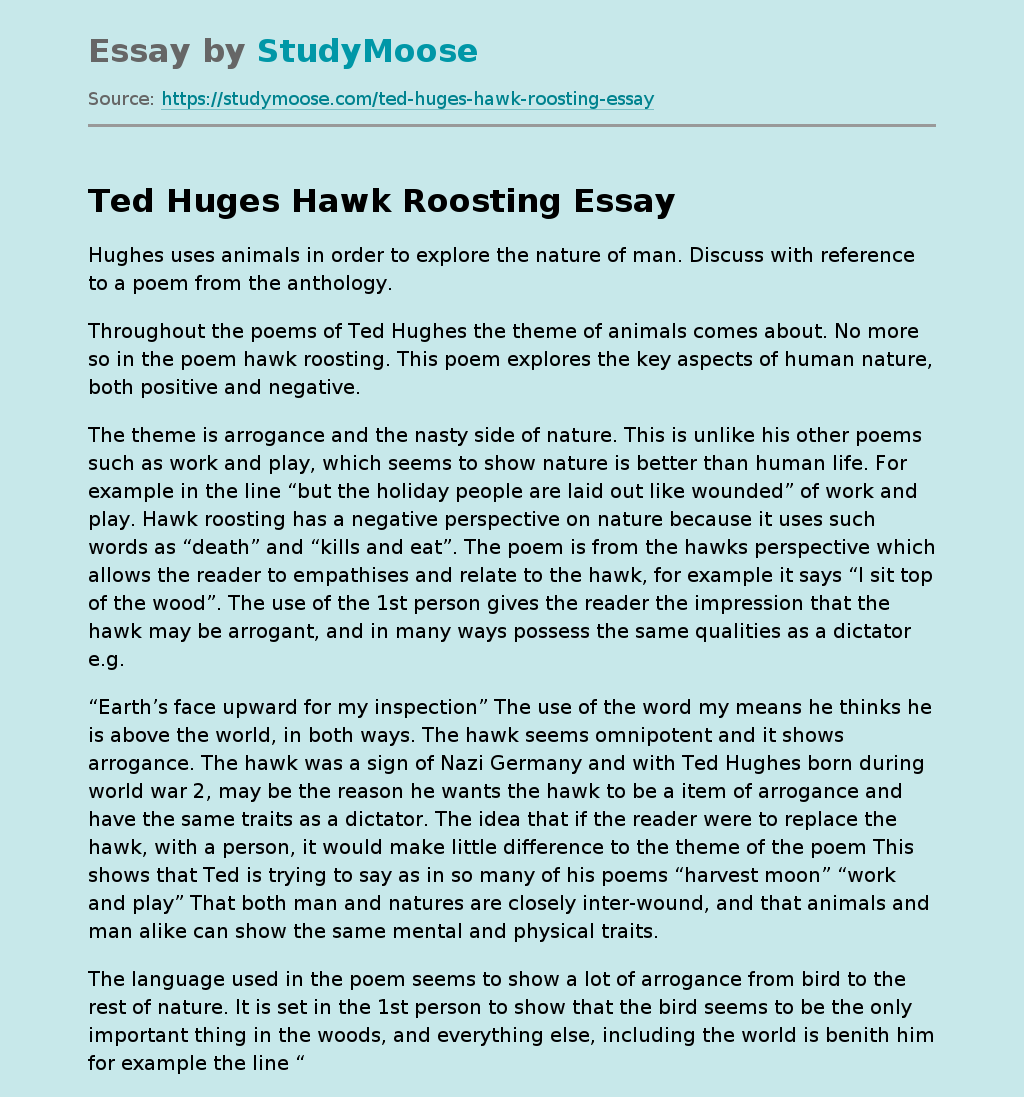