Spirituality has clearly been defined in the following many ways: a sense of being interconnected with actually all living creatures, the belief in a supernatural power that operates within the universe and is greater than actually oneself, and an awareness of the meaning and purpose of life as well as the development of personal absolute values. It can also be defined as the way one can find hope, comfort, inner peace and meaning in his or her life.

Don't use plagiarized sources. Get your custom essay on
“ Spirituality In Health care ”
Get custom paper
NEW! smart matching with writer

Even though spirituality is often associated with religious life, many believe that the personal spirituality can be developed or extended beyond religion. Acts of compassion; as well as selflessness, altruism, and the experience of inner peace are all characteristics of spirituality. Many Americans are becoming interested in the defined role of spirituality specifically in their health and health care. The main cause could be dissatisfaction with the impersonal nature of its medical system and the realization that medical science does not have answers to questions that pertain to health and wellness (Christina, 2001, p.

On the other hand, health care can be defined as the prevention, treatment, and diagnosis of disease, injury, illness, and other mental and physical impairments in individuals. It majorly refers to the work that is done in providing tertiary care, primary care, as well as secondary care in the so called public health. Access to health care is not a universal aspect; that is it varies across individuals, groups as well as countries, and is mostly influenced by economic and social conditions as well as the health policies in place.

Health care systems are simply organizations that are established to meet the health needs of target populations.

The history of spirituality and health care

In most of the healing traditions and also via generations of healers in the ancient beginning of western medicine, relative concerns of the spirit as well as the body were intertwined. However, with the invasion of the scientific revolution and the enlightenment, these considerations were cleared off the medical system. Nevertheless, today, a growing number of studies clearly reveal that spirituality may play a bigger role especially in the healing process than the medical community previously thought (Thomas-Maclean, 2011, p.45).The influence of spirituality in health

There are some spiritual practices that tend to improve the coping skills as well as social support that foster feelings of hope and optimism, promote healthy behavior, reduce feelings of anxiety and depression, and finally encourage a sense of relaxation.By alleviating stressful feelings and promoting healing feelings, spirituality can have a positive impact or influence on cardiovascular (heart and blood vessels), immune, nervous as well as hormonal systems. An example of a religion that promotes a healthy lifestyle is the seventh Day Adventists. Those who follow this religion (a health population) are given instructions by their church not to eat pork, consume alcohol or smoke tobacco.

In ten year study of the seventh day Adventists in Netherlands, researchers conclusively found that the Adventist men lived 8.9 years longer relative to the normal average. On the other hand, the Adventist women lived 3.6 years longer. For both women and men, the chance of dying from cancer was 60-66% less as compared to the normal average in the country. In addition to that, the health benefits of spirituality as well as religion do not solely stem from healthy lifestyles.

Several researchers have the belief that certain attitudes, beliefs, and practices that are linked with being a spiritual individual have an effect on health.

In a study of people with AIDS (Acquired Immune Deficiency Syndrome), those who actually had faith in God, a sense of inner peace, compassion towards others, and were religious proved to have a better chance of surviving for a longer time than those who lacked strong belief systems. The following are some of the religious qualities that seem to possess a noticeable effect on healing and health.

Faith: The most deeply held beliefs of a person have a strong influence on his or her health. Some researchers have the belief that faith raises the ability of the body to resist stress.Hope: This refers to a positive attitude assumed by a person in the situation of difficulty. Lack of hope leads to the possibility of many people being depressed as well as being prone to illness.

Forgiveness: This refers to a release of resentment and hostility from past hurts. In 1997, a Stanford University study inferred that college students that are trained to forgive those who had hurt them were actually more hopeful, less angry, and better able to cope up with emotions rather than students who are not trained to forgive (Simmons, 2009, p.34).

Love and social support: By the act of friends and family network being close, which in turn lends help as well as emotional support, protection against many diseases has been facilitated. Researchers have believed that people who experience support and love tend to offer resistance to unhealthy behaviors and also feel less stressed. Some of the researchers offer the suggestion that a strong social network improves the protection of people against heart disease.Prayer: This refers to the act of a person putting him or herself in the defined presence of or having a conversation with a higher power. It has widely been used as a mode of healing in several cultures over the ages. Intercessory prayer is the act of asking a higher power to intervene on behalf of another either known or unknown to the person praying; can also be called distance healing or distance prayer. Current research in the coronary care units (intensive care units in hospitals devoted to individuals with severe heart disease) proposes that there is a benefit. The patients who were prayed for portrayed general improvements in their illness course, fewer deaths, as well as fewer complications rather than those who were not prayed for (Carl and Alex,2002, p.4).

Of all the 200 countries on the planet Earth, each country comes up with its own strategy for meeting the defined essential goals of an effective health care system: treating the sick people, maintaining individuals’ health, as well as protecting families against financial ruin from medical bills. There are four basic health care models:

The Beveridge Model: It was named after William Beveridge, a brave social reformer (who designed Britain’s National Health Service). In this model, health care is financed and provided by the government via tax payments (like the public library or the police force). This model tends to result in low per capita costs simply because the government (as the sole player) controls what doctors can charge as well as what they can do.

This model uses an insurance system (sickness funds refer to the insurers); usually financed jointly by employees and employers via payroll deduction. This model is majorly found in France, Germany, Netherlands, Belgium, Switzerland, Japan, and to an extent in Latin America.

This model has combined elements of both Bismarck and Beveridge. It mainly uses providers from the private sectors but payment is from a government-run insurance program into which every citizen pays. This model is cheaper and simpler administratively than the American-style of profit insurance since there is no need for marketing, no profit, and no financial motive to deny claims. The single payer deems to have significant market power for lower price negotiations.

The basic rule of this model is that the rich people will get access to good medical care; while the poor will stay sick or even die.

Health care modeling (computational approach) the characteristics that are analyzed of the systems are; whether they supply energy, health delivery or a wide range of other complex systems. 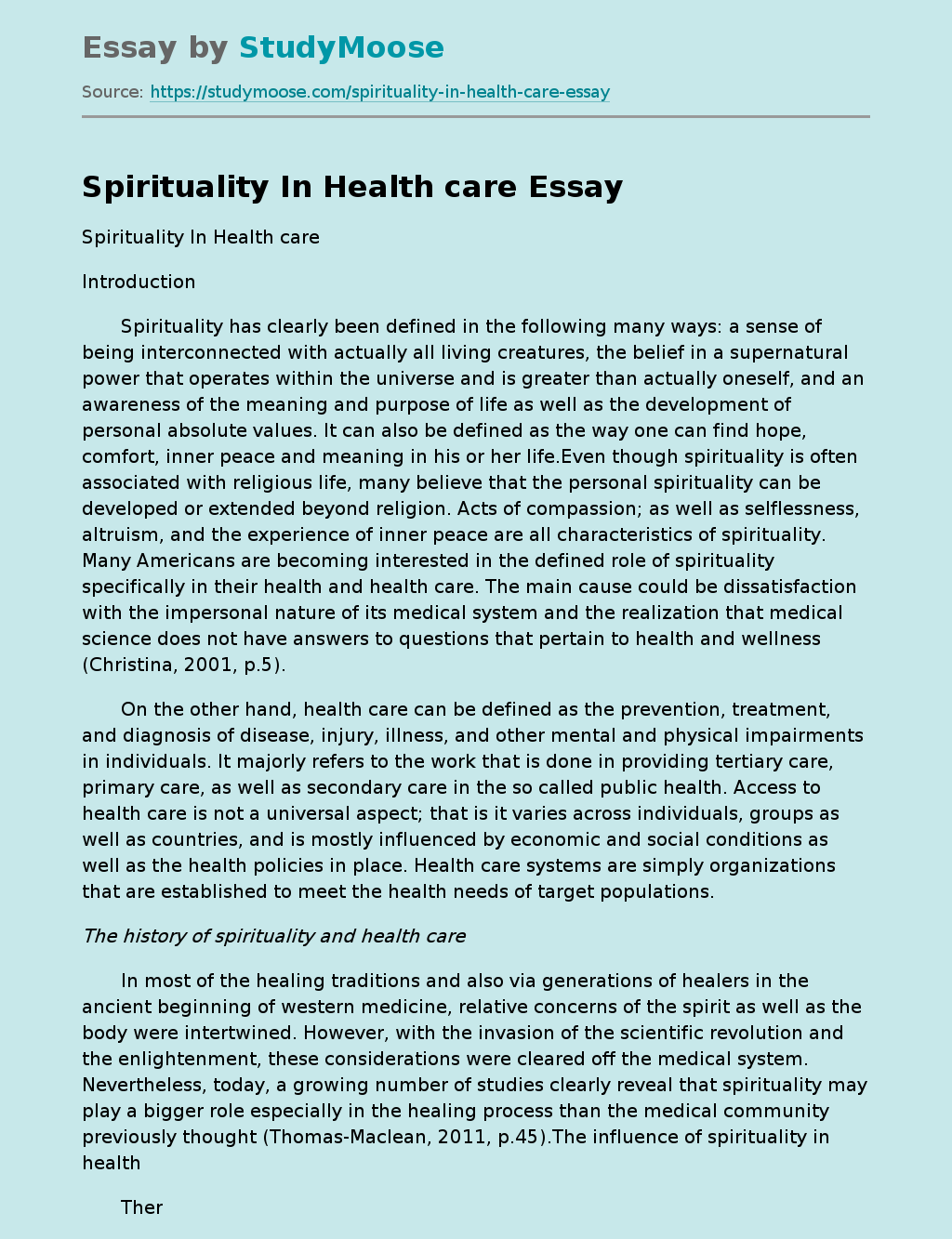