“Sister Flowers,” is a descriptive narrative by Maya Angelou. This piece was taken from her first of six autobiographies, Why the Caged Bird Sings (1970). Angelou, with much admiration and respect, describes a woman by the name of Sister Flowers as, “the aristocrat of Black Stamps”(87), “the measure of what a human being can be”(88), and educated. Angelou, who became mute almost a year earlier after being raped at the age of eight, was at a low point in her life. She describes how she initially encountered Sister Flowers by stating, “Then I met, or rather got to know, the lady who threw me my first life line”(87).

Don't use plagiarized sources. Get your custom essay on
“ “Sister Flowers” by Maya Angelou ”
Get custom paper
NEW! smart matching with writer

Someone who influences me in such a way as Sister Flowers did for Angelou is my current boyfriend, Tomas. I am more motivated than I have ever been in my life, as well as being truly happy with myself, all while having fun living in the moment because of Tomas.

I was not always as motivated as I am currently. I did not set goals or have any visions of what I wanted in life. I was in an unhealthy relationship, which I masked, by using marijuana.

The life I was pursuing was at a standstill, a dead end and going nowhere (except to the refrigerator to satisfy my munchies). If it had not been for my first love re-entering my life, ten years later, I do not know how much lower I could have gotten. Thanks to the social network, myspace, we spoke for the first time since our split as teenagers. Immediately, the fire re-ignited between us. He went on to speak of things he had accomplished while we were apart. He had earned an associate’s degree in social science from Camden County College and was pursuing his bachelor’s degree at Rutgers.

This made me think to myself if I have any intentions of winning him back I need to catch up to his level when it comes to education. He boasted proudly of his purchase just two weeks prior, a 2004 Nissan 350z. This was his reward to himself for the hard work and overtime hours he was putting in at his workplace; where he was coming up on his one year of being an employee. That was more than I could say about myself in regards to employment. I went through the, “revolving door,” at almost every diner in South Jersey at the time. The motivation that I now contained was because of Tomas. If it were not for him being successful up until this point in life and still reaching to obtain more success I would not have had any reason to motivate me to be somebody successful.

What is happiness? One may be happy for the moment because of what is going good for him/her in the here and now, or one may have found eternal happiness. Tomas has made me happy just to be with him. My first true love at fourteen years old, I never lost the love I had for him. With maturity, I was able to better understand the genuine love inside me. I believed I would never find someone who could possibly replace him in my heart. I also believed he would never fill the void either because he was in a relationship for the past six years. However, when he confirmed he in fact was not in a relationship now I felt a sense of relief, joy and great anticipation to win his heart again. Five years later, we live as domestic partners, we own a home, have two children (both boys), two dogs, and a turtle. I must admit this is being happy at the purest level for me.

The fun times we shared together started on our first encounter. We took a road trip to Ocean City, Maryland to watch my sister’s cheerleading competition. We spent the weekend exploring the boardwalk, dressing up in costumes for pictures as if we lived during the 1920’s. We spent our evenings over a nice, dinner accompanied by good conversation. Thinking irrationally, or rather, reacting without putting thought into it, we almost got married in chuck ‘e’ cheese that weekend. There was never a dull moment and there is still yet to be one. I cannot learn enough about him. I want to know more, everything there is to know. Today, we are still learning about each other; of course not as rapidly as we had initially. He supplies all the entertainment one needs. He brings fun into every day.

To sum up the impact he has had on my life, he contributed to the new outlook I have on life. He gave me reason to change my downward path and move upward. I will forever be thankful for his guidance. I came to believe personally that when one truly experiences love, true love, hold it tight because it is rare and I am a believer once this type of love is experienced it is never lost for the person. I thought I was in love many times, but turns out my feelings were false because the feelings are not the same I have for Tomas, which are real. The love I feel and the effects of him are unique and irreplaceable. I am who I am partly because of him. 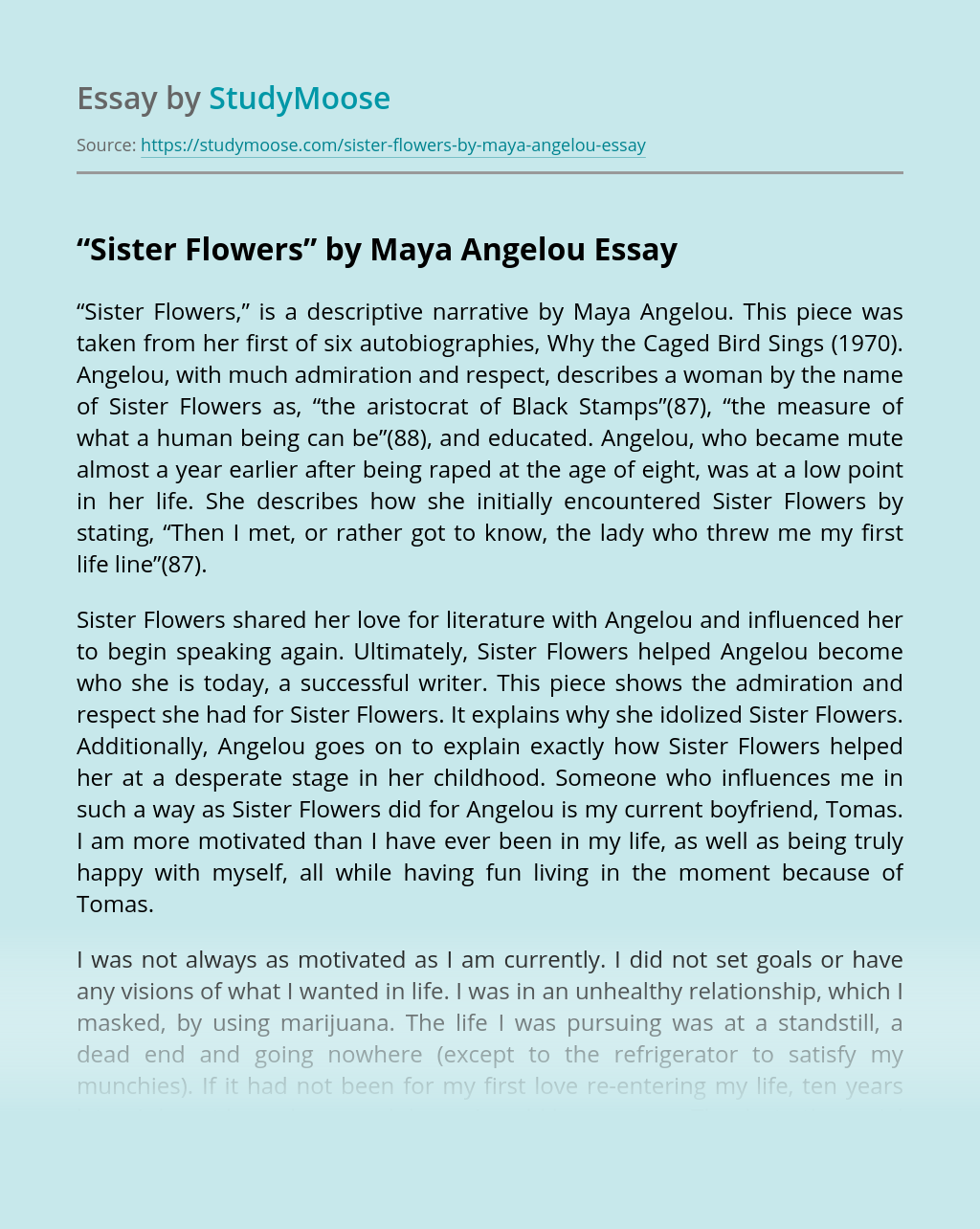