Racism In A Raisin In The Sun

Walter has a high sense of pride throughout the play A raisin in the sun. Walter was originally going to sell his house when he invited over Mr.

Don't use plagiarized sources. Get your custom essay on
“ Racism In A Raisin In The Sun ”
Get custom paper
NEW! smart matching with writer

Linder, a salesman in the white neighborhood. Since his son was next to him he had enough pride for that family that he didn’t sell the house. He even told the salesman “We come from people who had a lot of pride, I mean that we are very proud people”. (148) That is how Walter shows he is a very proud man.

Another example of pride in Lorraine Hansberrys’ A raisin in the sun is shown throughout the character of Mama.

Mama was having a conversation with Walter about how money shouldn’t be your life. Then she makes a statement proving she is a person with a high sense of pride when she says “you aren’t satisfied or proud of anything we’ve done”. This proves she is a person who has pride for her family and what she had done in life, when she made this statement to Walter. That is how Mama has a high sense of pride for her life and her accomplishments.

In conclusion, Hansberrys’ A raisin in the sun concerning a colored family having to live with many different forms of racism, shows how the Walter, Mama, and Beneatha all have a high sense of pride for their families and their goals that they have accomplished.

Racism In A Raisin In The Sun. (2016, Jul 16). Retrieved from http://studymoose.com/racism-in-a-raisin-in-the-sun-essay 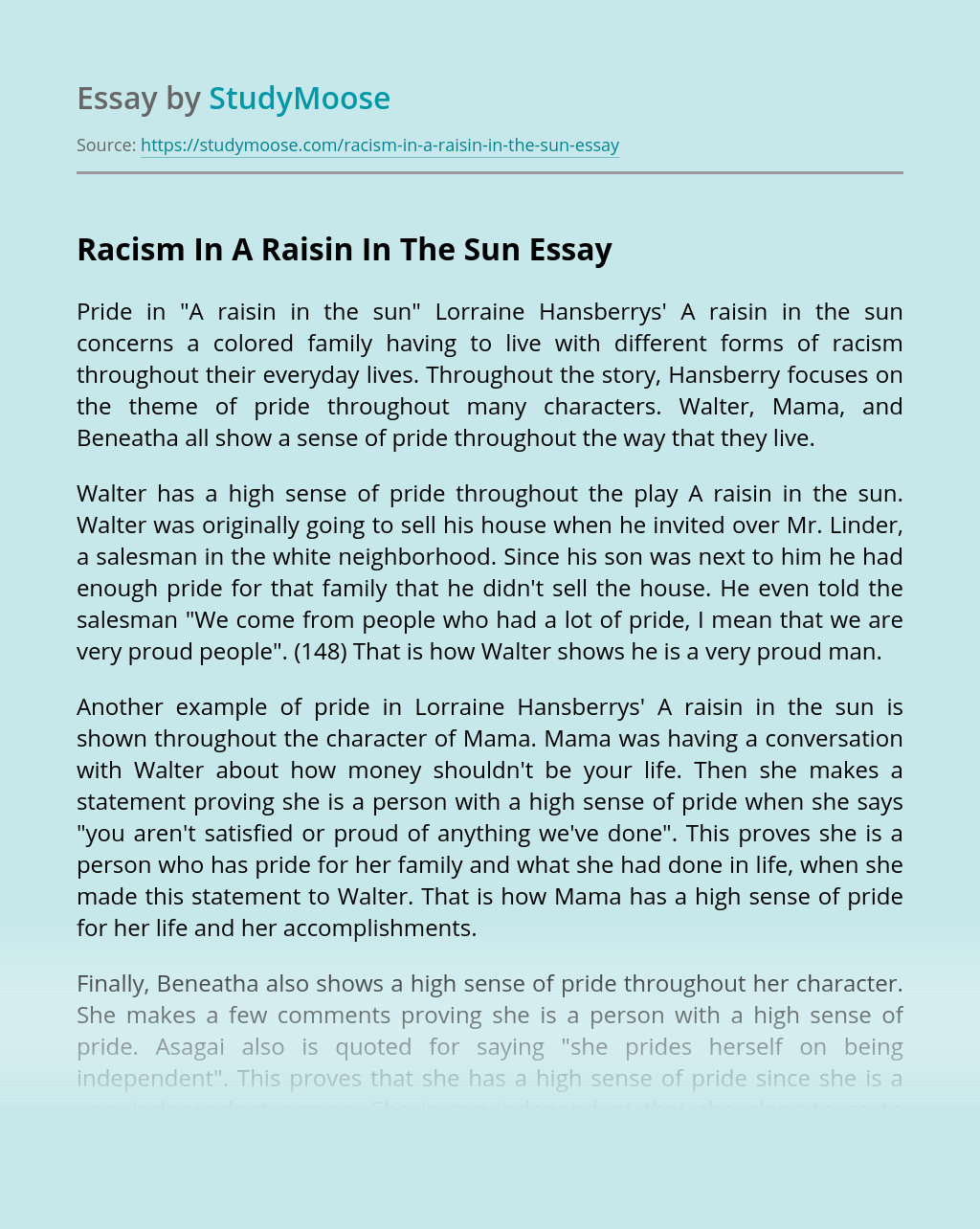