Even though at the beginning of the Industrial Revolution, many hardships had to be overcome, causing great grief to most of the population.

Don't use plagiarized sources. Get your custom essay on
“ Positive Effects of Industrial Revolution ”
Get custom paper
NEW! smart matching with writer

Faith was lost, patience was tried, and a blanket of oppression covered the people of Europe. When new inventions rose to aid the producing and mass-producing of goods that supplied the people of Europe, nearly everyone was forced to begin a new career within a factory. These are just some of the hardships that many loyal, hardworking citizens were faced with.

The Industrial Revolution had a more positive effect on Western society in the 19th century.

Although child labor during the 1820’s was quite hard on most of the children working and also proved to be quite dangerous, it still brought about the creation of child labor laws and also the funding of schools. As factories began to develop, the organization within them also stepped up. There was an increase in production and assembly lines took place creating a more orderly environment to be working in.

Also, many inventions started to develop and be discovered, creating an easier and more accurate way of doing things, not just in factories, but also in the home. 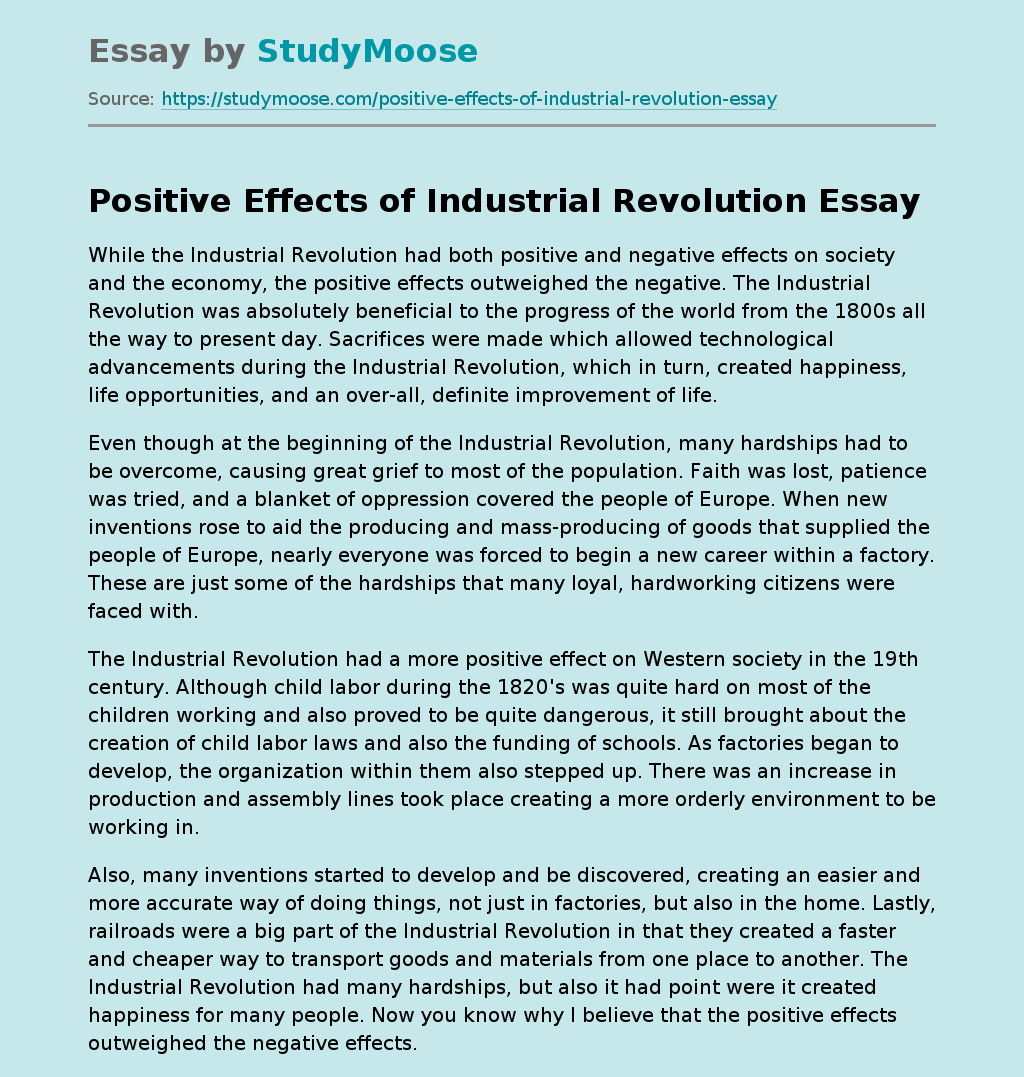