(Help guide) pornography in the current age has become harder to control and hard to censure. The internet which is relied upon by millions of people for information and telecommunications has played a big role in spreading pornography to people of all ages. Given its simple accessibility and fairly liberal use in many countries, any person with the knowledge of using a computer can access pornographic material on the internet at any time.

( Statistics on pornography) It was also discovered according to Focus on the Family Poll carried out in October 2003, that at least 47% percent of families indicated that they hard experienced problems at home because of pornography especially with the children and adolescents. According to London school of economics, children who were aged between the ages 8 to16 were much more likely to have viewed pornography within their home setting.

In most of these cases the children were led into sexual encounters which were mostly forced. The coarse language and sexually overt material that the internet and other media, displayed became a matter of concern for the government in 1996 where the United states department of justice noted the “Never before in the history of telecommunications media in the United States has so much indecent (and obscene) material been so easily accessible by so many minors in so many American homes with so few restrictions”(statistics on pornography). A leading psychologist Dr.

Cyber sex seems to have taken the place of relational sex because in majority of the patients he was attending to, 68 % had been hooked up to cyber sex did not have relational sex. Usually, as was testified by some of his patients, the individual beginning the habit does not realize it’s an addiction until they try to stop and they can’t. The thing becomes bigger than the individual hence it alienates him from his family and friends. (Gabriel Lefrancois, 2008). Defenders of pornography have put forward arguments that pornography in itself is not harmful, and therefore Banning or regulating it is unfair.

Basing their argument on the Presidential Commission on Obscenity and Pornography, 1970, they reject the apparent relationship between exposure pornographic material and the resulting behavior. However over the years many researches have conclusively shown there is a significant relationship between conditioning and human behavior. Psychologists at the Wisconsin University found that “brief exposure to violent forms of pornography can lead to anti-social attitudes and behavior. Male viewers tend to be more aggressive towards women, less responsive to pain and suffering of rape victims, and more willing to accept various myths about rape”.

Pamela Paul, a writer notes that “often pornography use ruins relationships, increases sexual dysfunction, and changes what men expect from women”. She reveals how a person who thinks it is harmless, found out that the moment they got used to pornography, their sex lives changed. They lost the human form of sex and adopted the computerized one. She explains how before the advent of the internet men and women alike used to see porn from time to time but the internet has made it so easy and so harmless that one cannot see when they are slipping in to addiction until it is too late.

This trains and conditions the mind such that the body is always guided by the mind to imagine and seek the object of imagination as opposed to merely being given a specific material. Explaining further, there are other sexually stimulating materials which may not be considered stimulating in the general sense of the word for instance wearing boots or uniform of a certain kind. They may be appealing to some people and not elicit any feeling in others. 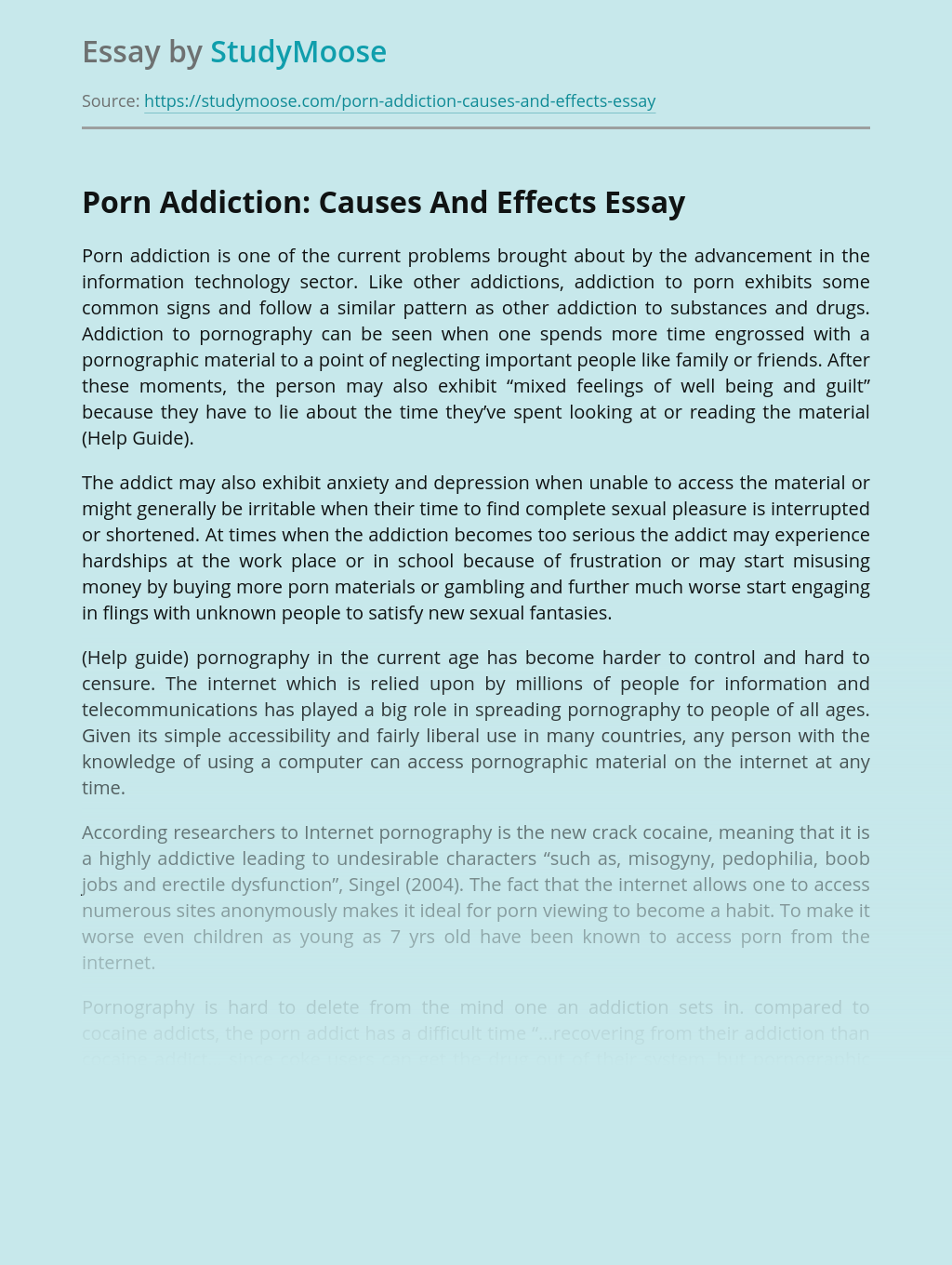